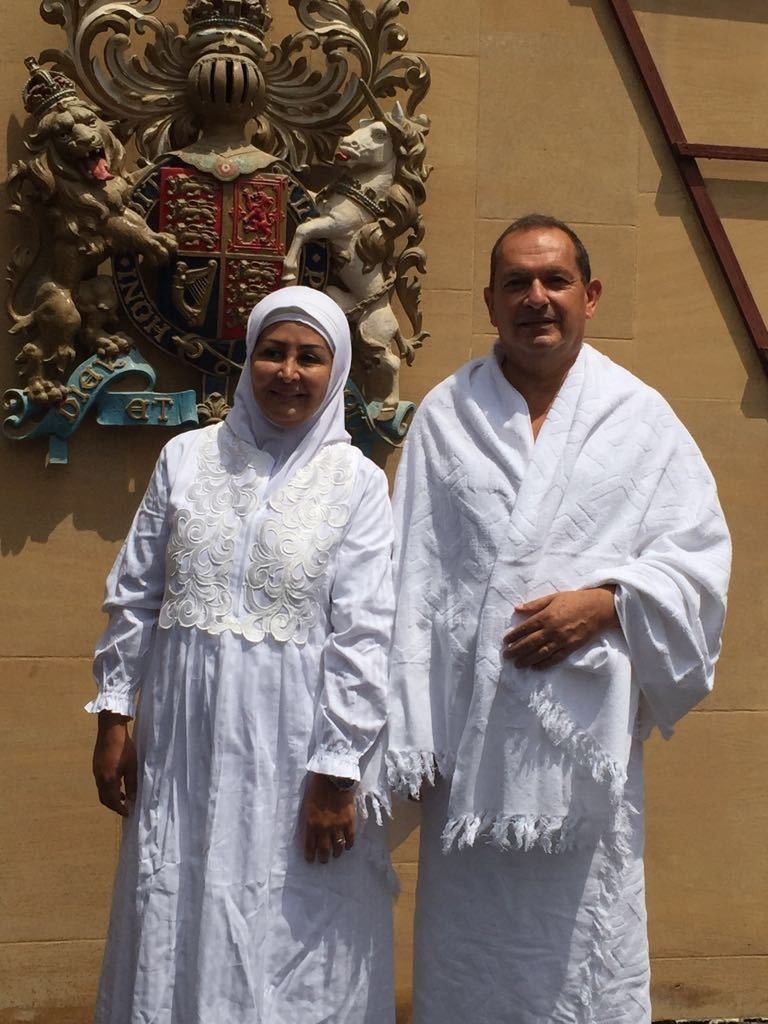 Simon Collis has become the first British Ambassador to Saudi Arabia to perform the Hajj, while still on duty.

The ambassador was pictured next to his wife, Huda Mujarkech in Mecca on Wednesday, in the traditional white robes called Ihrams which are worn by pilgrims during the Hajj.

The photo was first posted by writer and activist Fawziah Al Bak who wrote: "The first British ambassador to the Kingdom performing Hajj after converting to Islam: Simon Collis with his wife Huda in Makkah," as a caption in Arabic.

The ambassador had recently converted to Islam, shortly after being appointed ambassador to Saudi Arabia in January 2015.

Collis had joined the Foreign and Commonwealth Office in 1978, before moving onto the Middle East and serving as ambassador in Doha, Damascus and Baghdad.

The hajj is one of the five pillars of Islam and capable Muslims must perform it at least once.