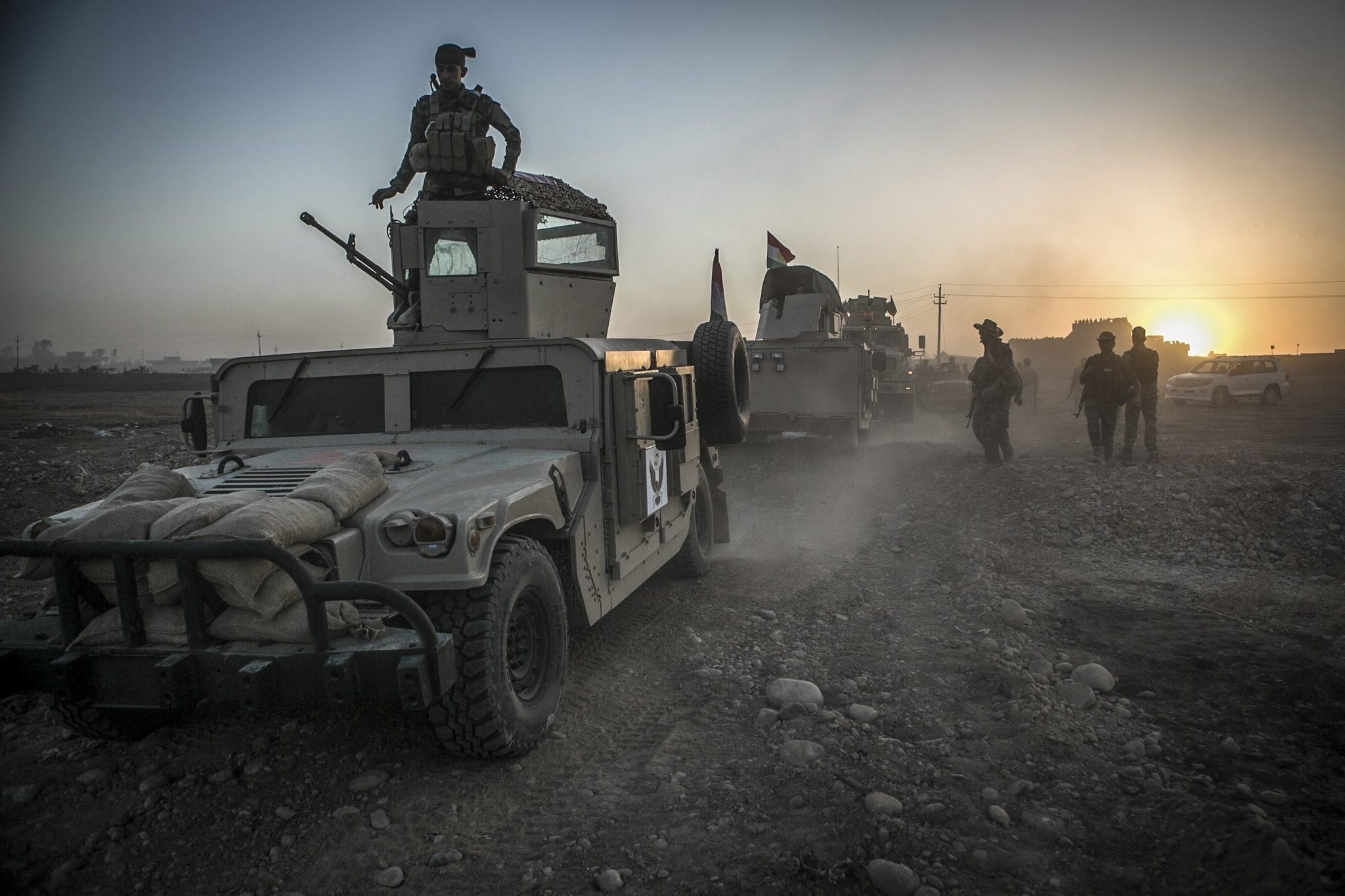 Peshmerga forces leave a base as they take part in an operation to liberate several villages currently under the control of the Islamic State southeast of Mosul, north Iraq, 14 August 2016. (EPA Photo)
by Anadolu Agency Oct 07, 2016 12:00 am

Referring to the group's continued presence in Sinjar, Darbo asserted: "If PKK elements don't withdraw from the area, we will expel them by force".

In August of 2014, Daish militants captured much of Sinjar, killing hundreds of the region's Yazidi residents.

In November of last year, however, peshmerga forces -- backed by armed Yazidi volunteers and U.S.-led coalition airstrikes -- managed to recapture the area.

According to Darbo, the PKK had "benefited" from Daish's temporary capture of Sinjar, and had since exploited the threat posed by the extremist group as a justification to remain in the region.

"We will not allow any outside powers to remain in the area except for Yazidi peshmerga soldiers," he said.

"If the PKK insists on maintaining a presence here, even after the expulsion of Daish, we will be forced to seek help from Turkey -- or another country -- to secure the region," he added.

"The PKK is considered a terrorist organization that cannot bring either peace or stability," Darbo asserted. "It only brings chaos and conflict to the areas in which it operates."

The Yazidis are a religious minority, most of whose members live near Mosul and Iraq's Sinjar Mountains region. There are also smaller Yazidi communities in Turkey, Syria, Iran, Georgia and Armenia.

In mid-2014, Daish captured Mosul in Iraq's northern Nineveh province (in which Sinjar is located), along with vast swathes of territory in the country's northern and western regions.

While recent months have seen the Iraqi army and its allies retake much territory, the terrorist group remains in firm control of Mosul, which Iraqi officials have vowed to recapture by year's end.