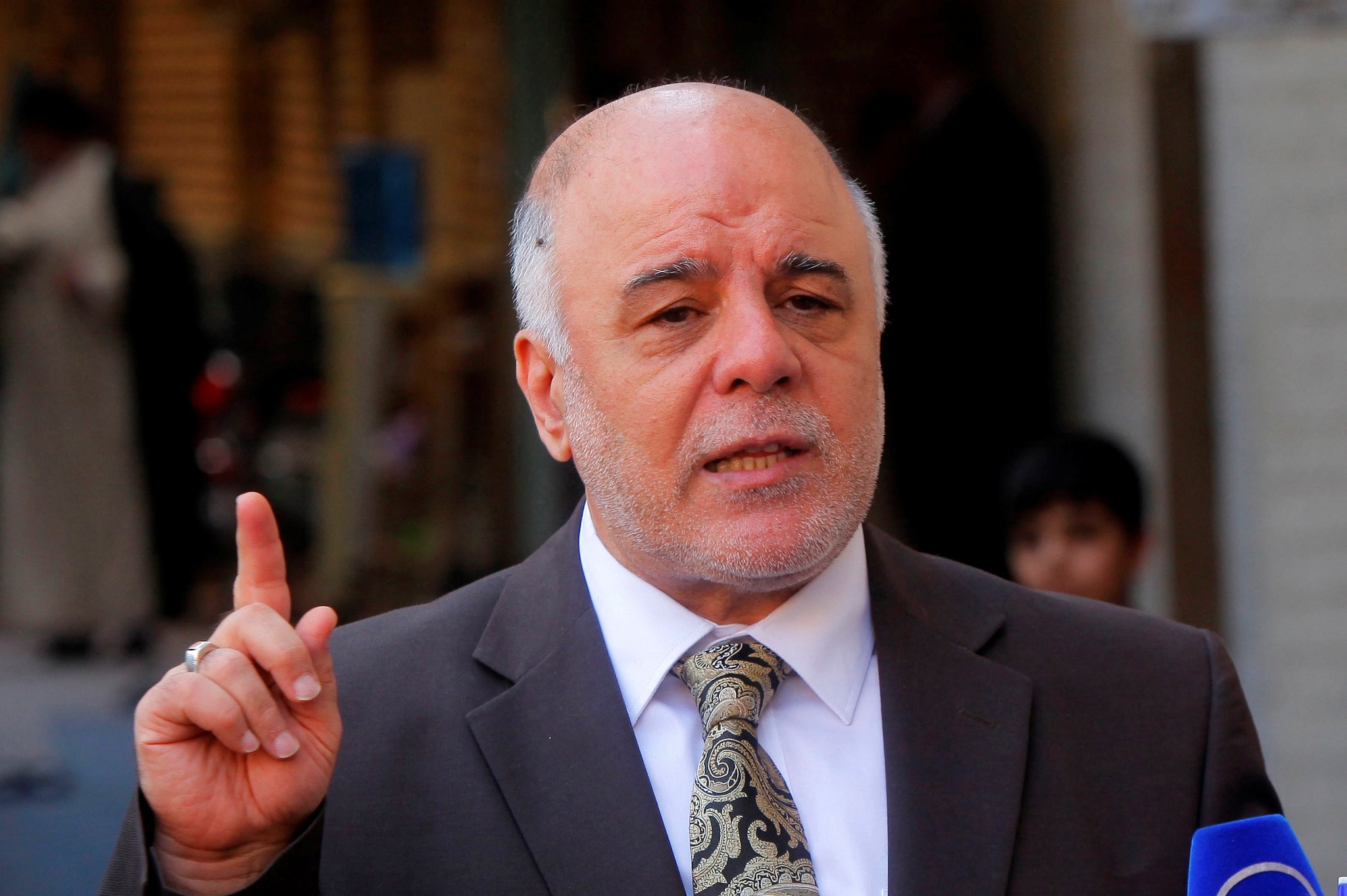 Iraqi Prime Minister Haidar al-Abadi on Friday narrowly missed being killed by mortar fire that struck an area he had visited only minutes earlier in Iraq's northern Kirkuk province, according to a military source.

"Only minutes after his departure, the site was hit by three mortar shells," he said.

According to Zeidan, the mortar fire had originated from areas held by the Daish terrorist group.

The mortar attack did not lead to any casualties among security personnel, the officer noted.

Speaking to Peshmerga officers, al-Abadi said that his visit had come in advance of planned operations to retake Kirkuk's Hawija district -- and the rest of the province -- from Daish.

Daish has remained in control of southern Kirkuk since 2014.