Operation to retake Mosul from Daish yet to begin, coalition says 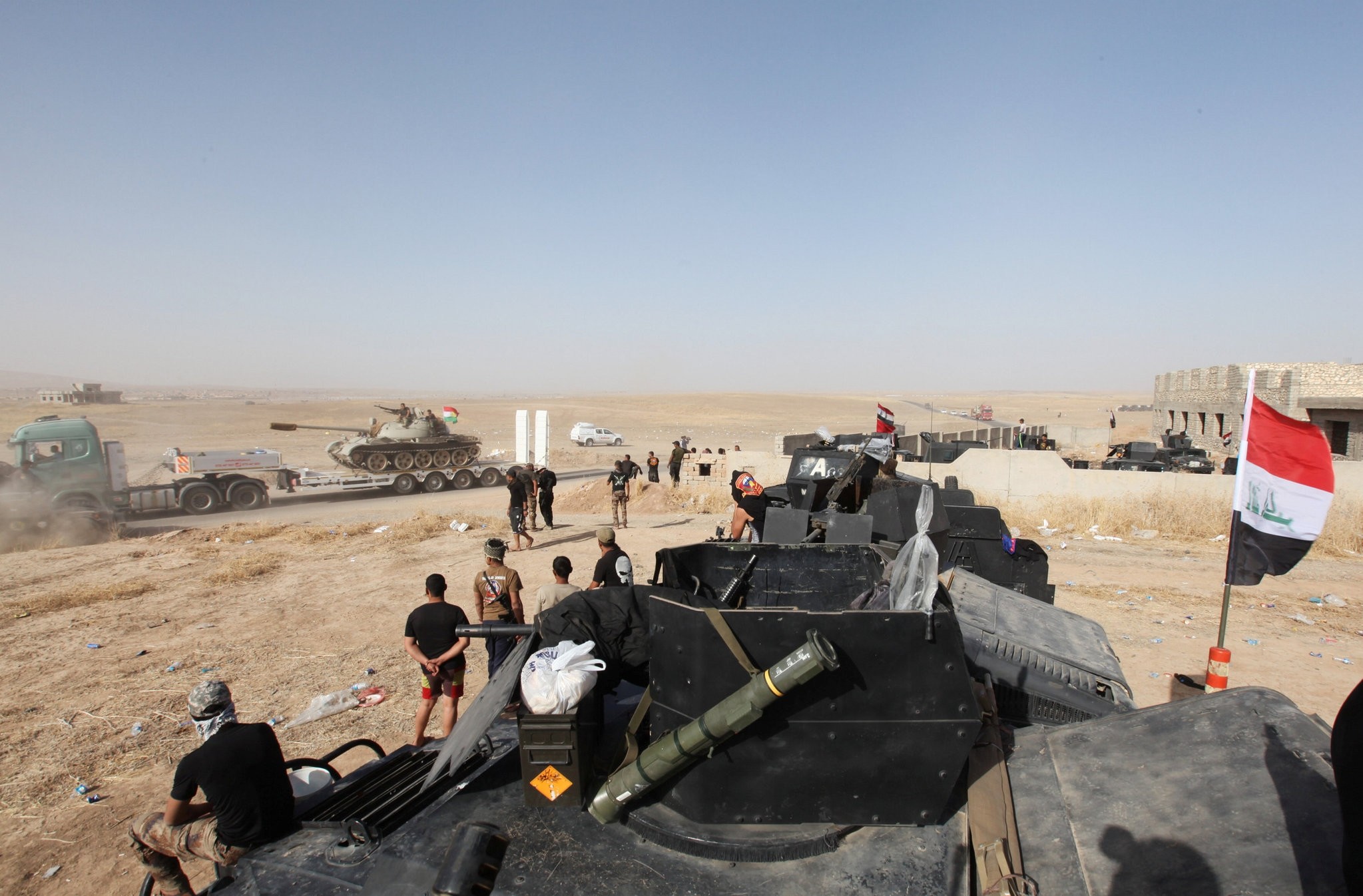 The U.S.-led coalition said Saturday the operation to retake Mosul from Daish terrorists has yet to begin hours after Iraqi media reported that the Iraqi forces had launched the battle.

"The liberation of Mosul is an Iraqi military plan and will commence at a time of the Government of Iraq's choosing to ensure the ultimate defeat of Da'esh in Iraq." the coalition told Daily Sabah, using a slightly different acronym for the terrorist group.

Turkish officials also said that the Mosul operation has not started yet and the U.S. artillery fire was not conducted as part of the operation.

Earlier on Saturday, Kurdish Regional Government (KRG) president Massoud Barzani said that preparations for the operation to retake Mosul have been completed and it is time for the battle to begin.

He added that the agreement details the participation of various parties in the operation.

"There is a strong solidarity between peshmerga forces and the Iraqi army," he said.

Forces from Iraq's autonomous Kurdish region are expected to play a major role in the battle for Mosul, the country's second city, which has been held by Daish since June 2014.

Meanwhile, the U.S. military deployed to the east of Iraq's Mosul has started shelling Daish targets as part of an operation to retake the city, a Peshmerga commander said.

In mid-2014, Daish captured the northern city of Mosul and overran vast swathes of territory in northern and western Iraq.

Recent months have seen the Iraqi army, backed by a 60-nation air coalition led by the U.S., retake much territory. Nevertheless, the terrorist group remains in control of several parts of the country, including Mosul.

In recent weeks, the army and its allies have staged a gradual advance on the city, which officials in Baghdad have vowed to "liberate" by year's end.

The battle may spark a humanitarian crisis, with the United Nations warning that up to one million people may be displaced by the fighting as winter sets in.