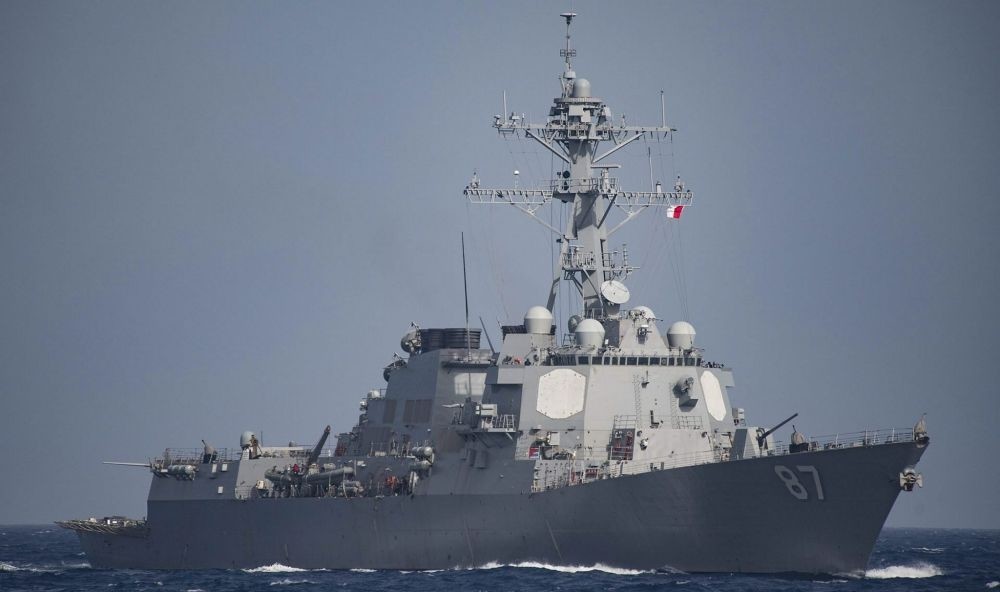 The recent missile attack on a U.S. Navy destroyer by Iran-backed Shiite Houthi rebels has compelled the U.S. to strike back despite their admitted support for Iran and unconventional policies that have aided Iran's expansionism

Iran-backed Shiite Houthi rebels fired missiles on a U.S. Navy destroyer on Wednesday in their first direct attack on the U.S. Navy, which has several warships close to Yemeni waters. According to a Reuters report, "The strikes, authorized by U.S. President Barack Obama, represent Washington's first direct military action against suspected Houthi-controlled targets in Yemen's conflict. Still, the Pentagon appeared to stress the limited nature of the strikes, aimed at radar that enabled the launch of at least three missiles against the U.S. Navy ship USS Mason on Sunday and Wednesday." According to Reuters, a statement by Pentagon spokesperson Peter Cook indicates that "These limited self-defense strikes were conducted to protect our personnel, our ships and our freedom of navigation. We want to make it crystal clear that if you threaten our forces, if you threaten our ships, we'll respond."

Although the attacks were unsuccessful, the U.S. Navy destroyer USS Nitze launched the Tomahawk cruise missiles on Friday morning. One pro-Houthi source said that the attacks did not come from rebel-controlled areas, while an expert at the Washington Institute for Near East Policy Michael Knights told Reuters that Houthis could be getting more carefully aligned militarily with groups such as the Lebanese Shiite militant group Hezbollah, saying, "Targeting U.S. warships is a sign that the Houthis have decided to join the axis of resistance that currently includes Lebanese Hezbollah and Iran."

In the meantime, Iran's semi-official Tasnim news agency reported that Tehran has sent two warships to Yemen: "Iran's Alvand and Bushehr warships have been dispatched to the Gulf of Aden to protect trade vessels," the report said. Despite the recent rapprochement between Tehran and Washington after the signing of a nuclear deal last year, Iran's explicit support for the Houthis and the U.S's erratically incoherent stance on Saudi Arabia speaks of Washington's complicity in the political situation in the region. The attack on the U.S. Navy came after U.S. Congress voted to overrule President Obama's veto of the bill which enabled the families of 9/11 victims to sue Saudi Arabia for the devastating attacks which were allegedly executed by hijackers of Saudi nationality. The vote for the Justice Against Sponsor of Terrorism Act (JASTA) shows the U.S.'s unconventional policy towards its allies. Although Saudi Arabia has warned the U.S. of Iran's expansionist policies in Yemen, Iraq and the Gulf, the U.S. has paved the way for Iran's economic integration in the world market, which is likely to boost its political power as well. Even though U.S. Secretary of State John Kerry said after the Obama administration agreed to the framework of the nuke deal with Iran, Kerry later told the U.S. Public Broadcasting System (PBS) that Washington was indeed aware of the fact that Houthis were funded by Iran, adding that he was worried about the State Department's designation of Iran as a biggest sponsor of state terror in the world.

Iran-backed Houthi rebels seized the Yemeni capital Sanaa in September 2014, forcing the internationally recognized government to flee the country. A Saudi-led, U.S.-backed coalition has been conducting an extensive air campaign against the Houthis since March 2015 that has pushed the rebels out of southern Yemen. The U.N. says the conflict has left more than 6,600 people dead and displaced at least 3 million. Saudi Arabia leads a coalition of Muslim countries, backed by the U.S., the U.K. and France, in the war in neighboring Yemen. The campaign, which is a campaign to restore the government ousted by the Iran-allied militia, is part of a larger assertive effort to prevent weapons from reaching Shiite Houthi rebels and their allies, who have overrun much of Yemen. Yemen is of critical importance to the U.S. as the country is home to one of America's biggest enemies: al-Qaida, as well as its deadliest franchise, al-Qaida in the Arabian Peninsula (AQAP), which orchestrated numerous high-profile terror attacks, including the Charlie Hedbo Massacre in Paris, France. Since 2112, the U.S. has launched counterterror airstrikes and operations against radical militants as part of U.S. national security policy. The U.S.'s "targeted-killing policy" and other practices by the Obama administration have raised serious concerns regarding the rule of law, war crimes and the human cost of the U.S. security policy in Yemen.
RELATED TOPICS