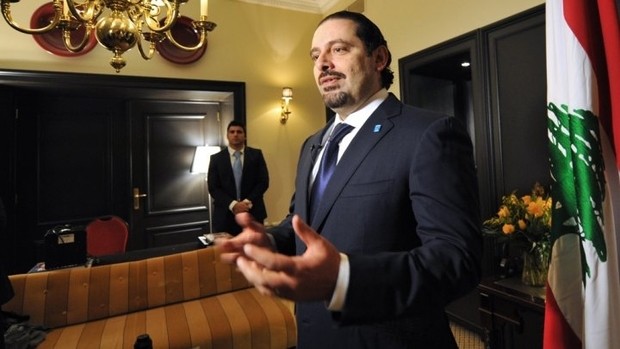 Lebanon's former prime minister Saad al-Hariri announced his support for his political foe Michel Aoun, an ally of the Iranian-backed Shiite movement Hezbollah, to become president in a televised news conference on Thursday, a step that may help resolve the country's political deadlock.

"This decision comes from the need to protect Lebanon and the state and the people ... but it is a decision that depends on agreement," he said.

Lebanon has been without a president since May 2014 when the mandate of Michel Sleiman expired, amid deep rivalries among Christian and Muslim politicians exacerbated by the conflict in Syria.

Since then parliament, which has twice extended its mandate, has met on 45 occasions to elect a president but deep rivalries and disagreements saw most deputies boycott the sessions.

The assembly is due to convene next week for the 46th time amid high expectations that a president will be elected and that the job will go to Aoun, a Maronite Christian and former army commander.

"Since Hariri has decided to endorse him, and save any last minute change, Michel Aoun will be elected by parliament on October 31," said the senior politician, who declined to be named.

Aoun is allied with the Shiite movement Hezbollah, which is backed by Iran and which has dispatched fighters to neighboring Syria to bolster the regime leader Bashar al-Assad.

Aged 81, the ex-general Aoun is a controversial figure.

He served as head of the armed forces and briefly as prime minister during Lebanon's 1975-1990 civil war and was then a staunch opponent of Syrian military presence in Lebanon.

But he shocked many by brokering an alliance with Hezbollah in 2006, a year after his return home from exile in France and after Syria pulled its troops from Lebanon.

Lebanon's president is elected by parliament, and the post is always reserved for a Maronite Christian under a power-sharing agreement.

The post of prime minister is reserved for a Sunni Muslim, while the speaker of the parliament is a Shiite Muslim.