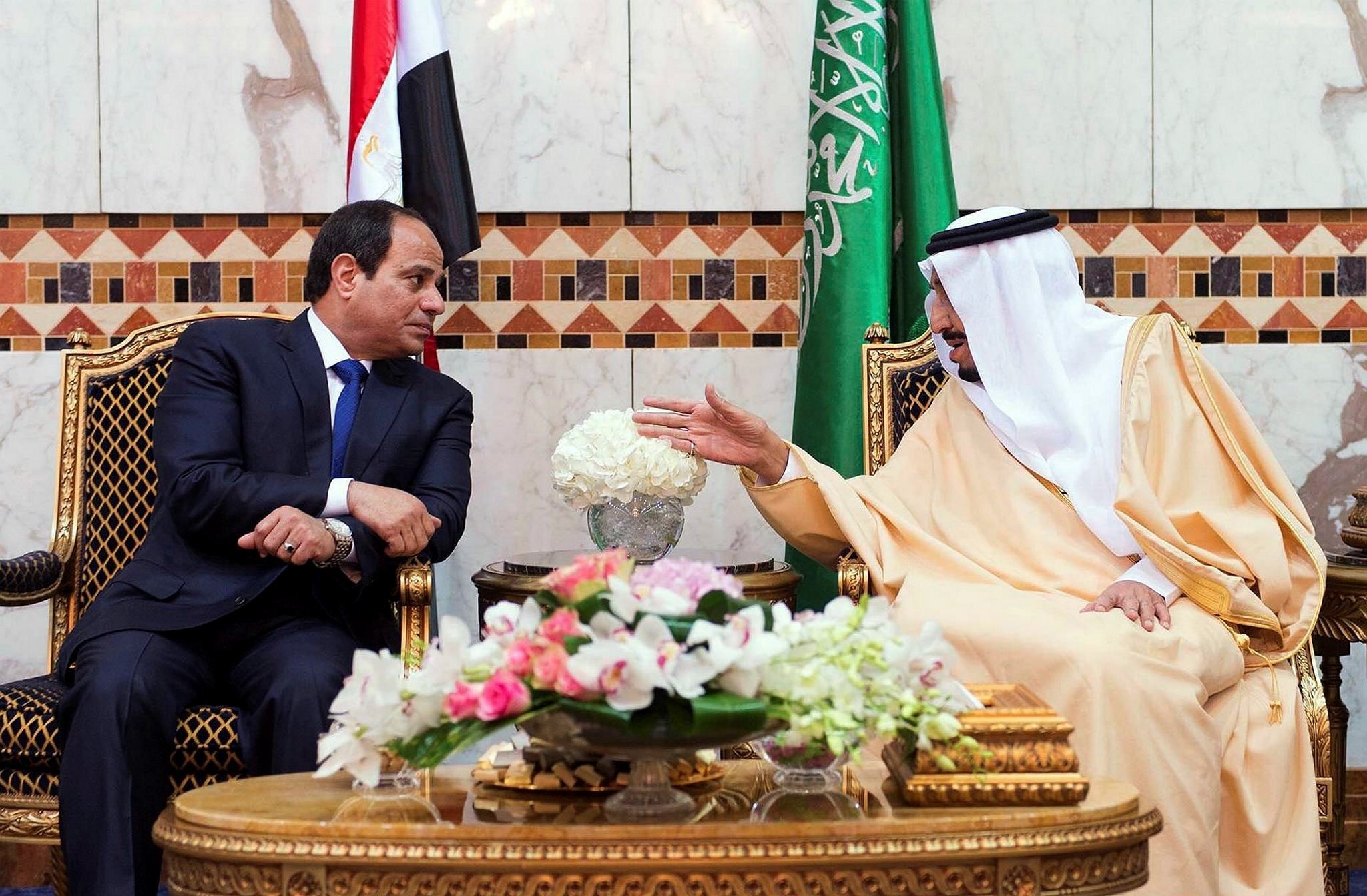 They note that the Gulf countries were growing uncomfortable with the lack of coordination with Cairo regarding the Syrian conflict, which has entered its sixth year.

"There is a state of contradiction between Cairo and the Gulf due to recent Egyptian policies," Saudi political analyst Mohammad Al-Zalfa told Anadolu Agency.

He cited what he described as Egypt's moves to court the Syrian regime, lack of coordination regarding an ongoing offensive to oust Daesh group from Iraq's northern city of Mosul and supporting Shia Iran as examples of Cairo's contradictory policies.

"Such positions contradict with the Gulf policies and can't be explained except that Cairo only looks for its interests amid regional changes," said Al-Zalfa, a former member of the Saudi Shura Council.

Egypt angered Saudi Arabia earlier this month after Cairo voted in favor of a Russian draft resolution that called for a cessation of hostilities in Syria.

Riyadh opposed the Russian draft, which had failed to garner the votes needed for ratification.

While Cairo advocates a political solution for the six-year Syrian conflict, Riyadh is a staunch foe of the Bashar al-Assad regime and calls for his departure.

"Egypt appears to think that the fall of the Assad regime will mean the arrival of the Muslim Brotherhood to the help of power in Syria," Al-Zalfa said.

Egyptian authorities have launched a harsh crackdown on the Muslim Brotherhood since the 2013 coup against democratically elected president Mohamed Morsi, killing hundreds and jailing tens of thousands.

Cairo "sees its interests linked with the Syrian regime, Russia and Iran in face of any Gulf-Turkish alliance," al-Anzi told Anadolu Agency.

"At the same time, the Egyptian regime is trying to hold the stick from the middle by winning all parties," he said.

The political analyst warned that the lack of coordination "might harm political relations not only between Cairo and the Gulf but also among the Arab countries".

Without elaborating, al-Anzi said efforts were underway to hold meetings between officials from Cairo and the Gulf states in an attempt to heal any rift.

"The coming days will see a bigger coordination, particularly regarding the Mosul operation," he said.

"Cairo seems to reject the idea of having a Gulf-Turkish alliance and therefore maintains its unjustified dispute with Turkey just because of the Turkish regime's criticism of its president," he said.

Egyptian-Turkish relations have strained since the military unseated Morsi with Ankara describing his ouster as a "military coup".

Al-Hattab said the Egyptian leadership does not appear to be following clear policies. "It wants to deal with both Saudi Arabia and Riyadh's foes at the same time," he said.

"This could be acceptable in politics, but this can't be perceived at this time," he said.

Nasser al-Fadalah, a Bahraini political analyst and a former lawmaker, believes that Egypt was turning its back on the Gulf.

"This was clear in [Egypt's] cooperation with Iran, something which poses a danger to the security of the Gulf and the whole region," he said.

He went on to describe recent Egyptian policies as "blackmail" with a view to "forcing the Gulf to provide extra political and financial support".

"The Gulf, however, is following a patient policy with a view to not losing Egypt," he said.

Abdel-Khaliq Abdullah, a professor of political sciences at the United Arab Emirates University, downplayed the extent of differences between Egypt and the Gulf.

He said despite their odds, Egypt and the Gulf countries continue to coordinate about the vast majority of regional issues.

"This coordination gives room for differences regarding some thorny regional issues, atop of which comes the Syrian issue," he said, going on to rule out that the current differences would affect the depth of relations between Egypt and the Gulf.