Bombed houses, landmines are what remain in Daesh-free villages 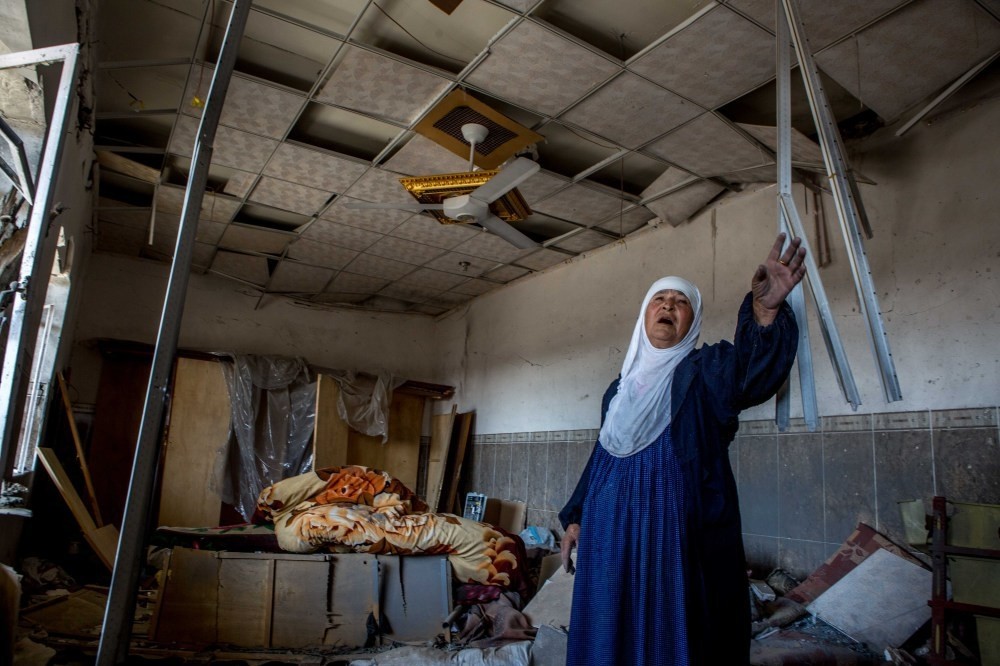 While peshmerga forces fight Daesh on three different fronts, the Iraqi army advances, albeit slowly. While the army liberated the village of Bartilla from Daesh late Saturday, the Bashiqa region was also liberated Sunday

Having left everything behind – except for the clothes on their backs– due to fear of Daesh two years ago, locals from the village of Tarzilla returned home last week after it was liberated to find destroyed buildings and bombed houses. 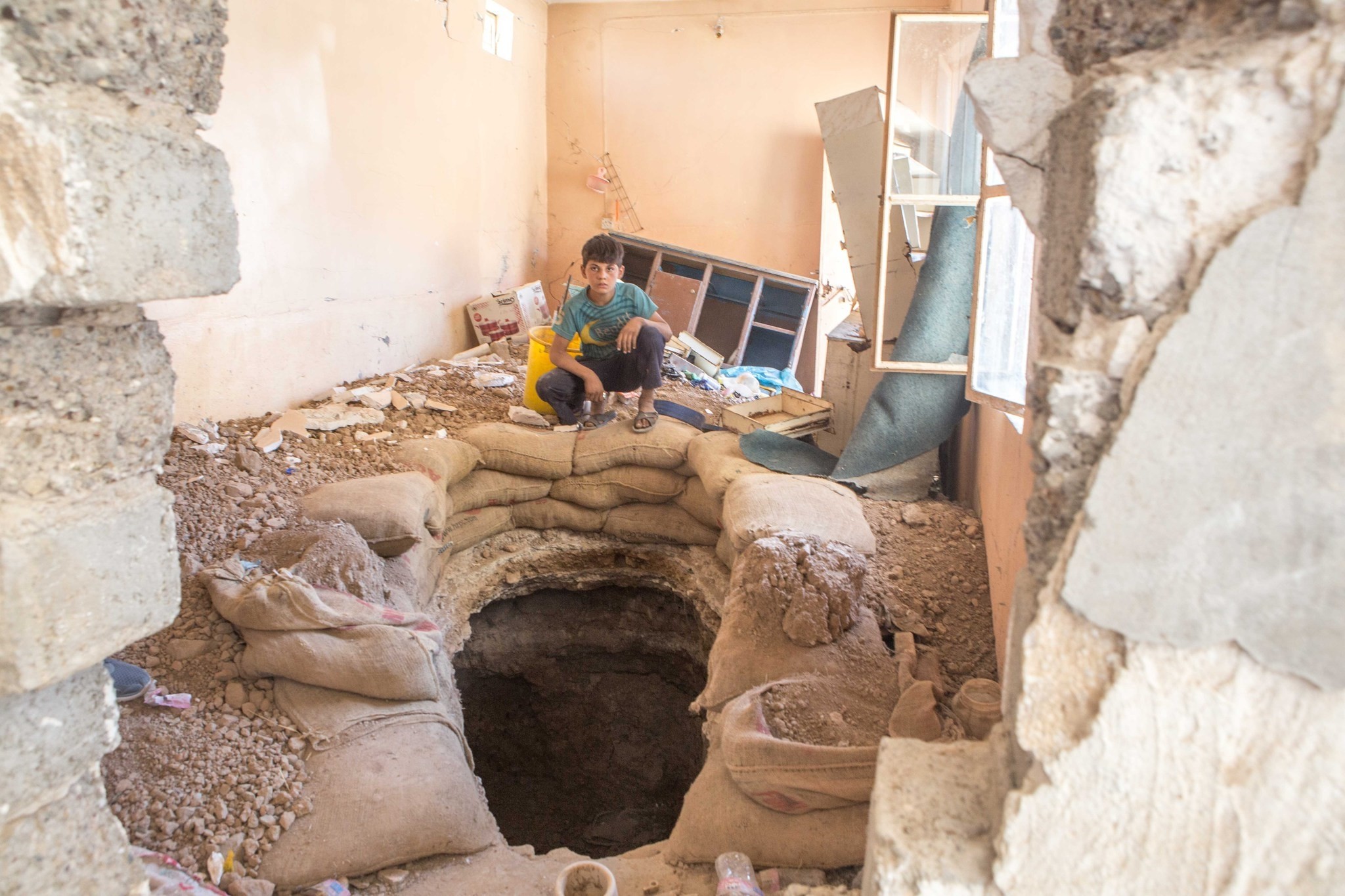 Three-year-old Muhammad was trying to fix his bicycle with a piece of equipment he found in the wreckage. Wearing a dirty shirt depicting Lionel Messi, a football player for the Spanish giant Barcelona, little Muhammad had no idea what had happened to the home he left when he was only a baby. His grandmother, 65-year-old Hadiyah Moustafa, greeted us bitterly. She was standing in the middle of the yard of her destroyed house. She asked: "We are desperate. Look at us. Where do we go now?" 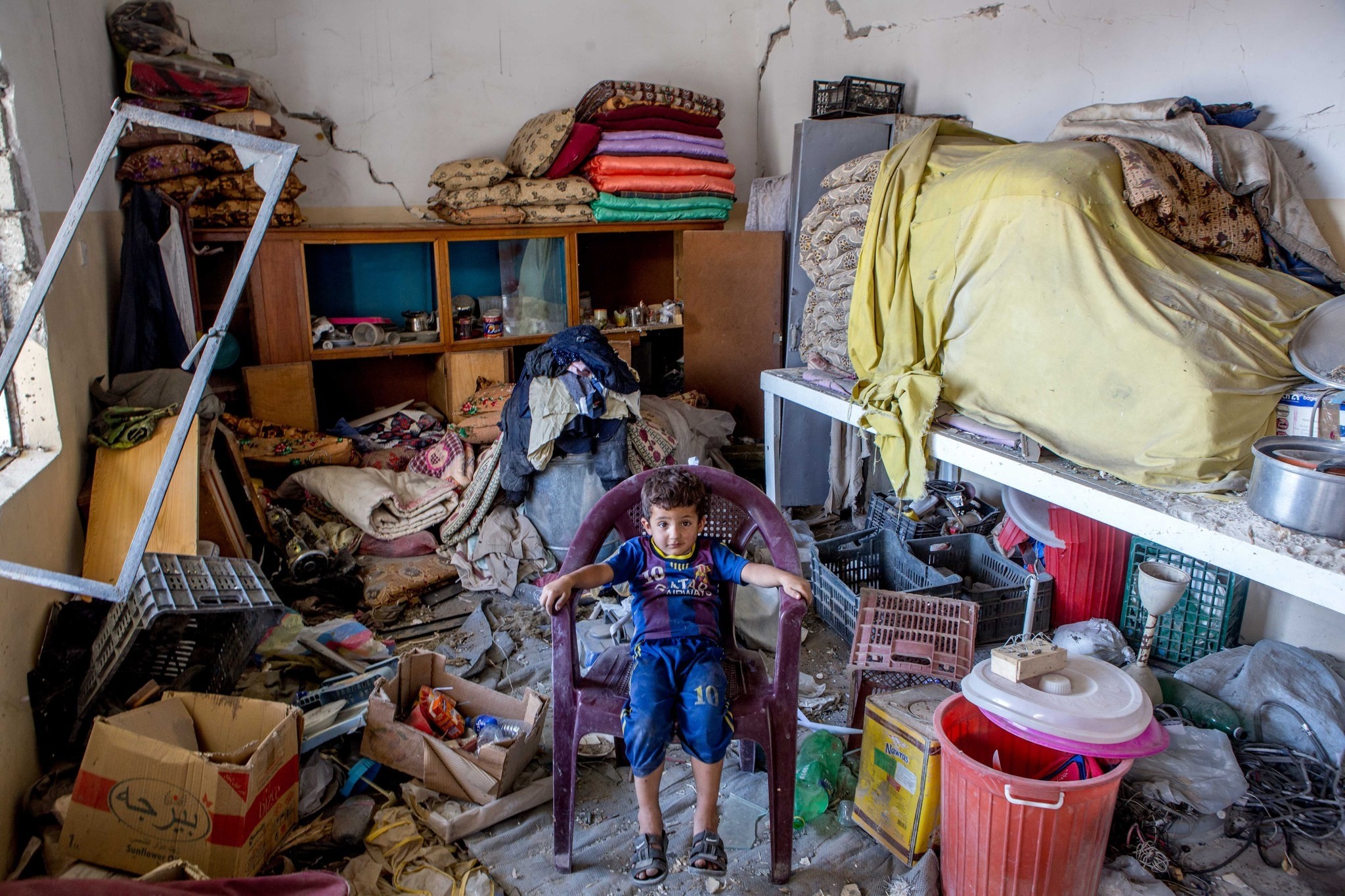 Daesh stormed the town more than two years ago. When the people of Tarzilla heard the news that Daesh militants were approaching, they fled quickly. "We didn't even have time to pack. We left with our clothes," Hadiyah said. 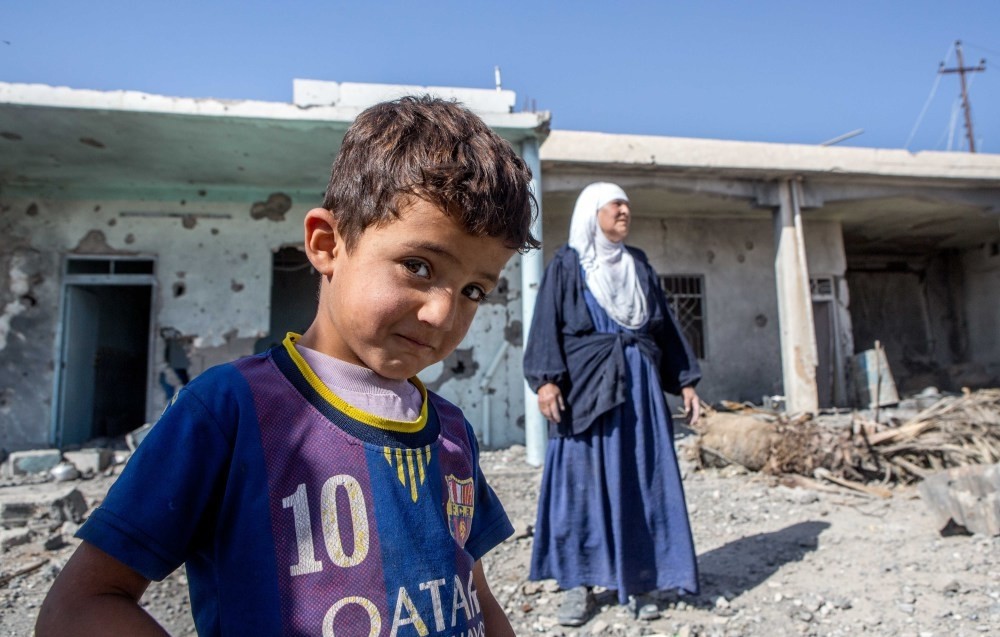 After an extensive operation that started last week to retake the Daesh-held city of Mosul, peshmerga forces liberated Tarzilla. However, the village was bombed by coalition airstrikes.

Walking through the streets of the village, we came across ditches filled with crude oil. Daesh has been burning crude oil to create thick clouds of smoke to prevent coalition fighter jets from carrying out precise airstrikes. 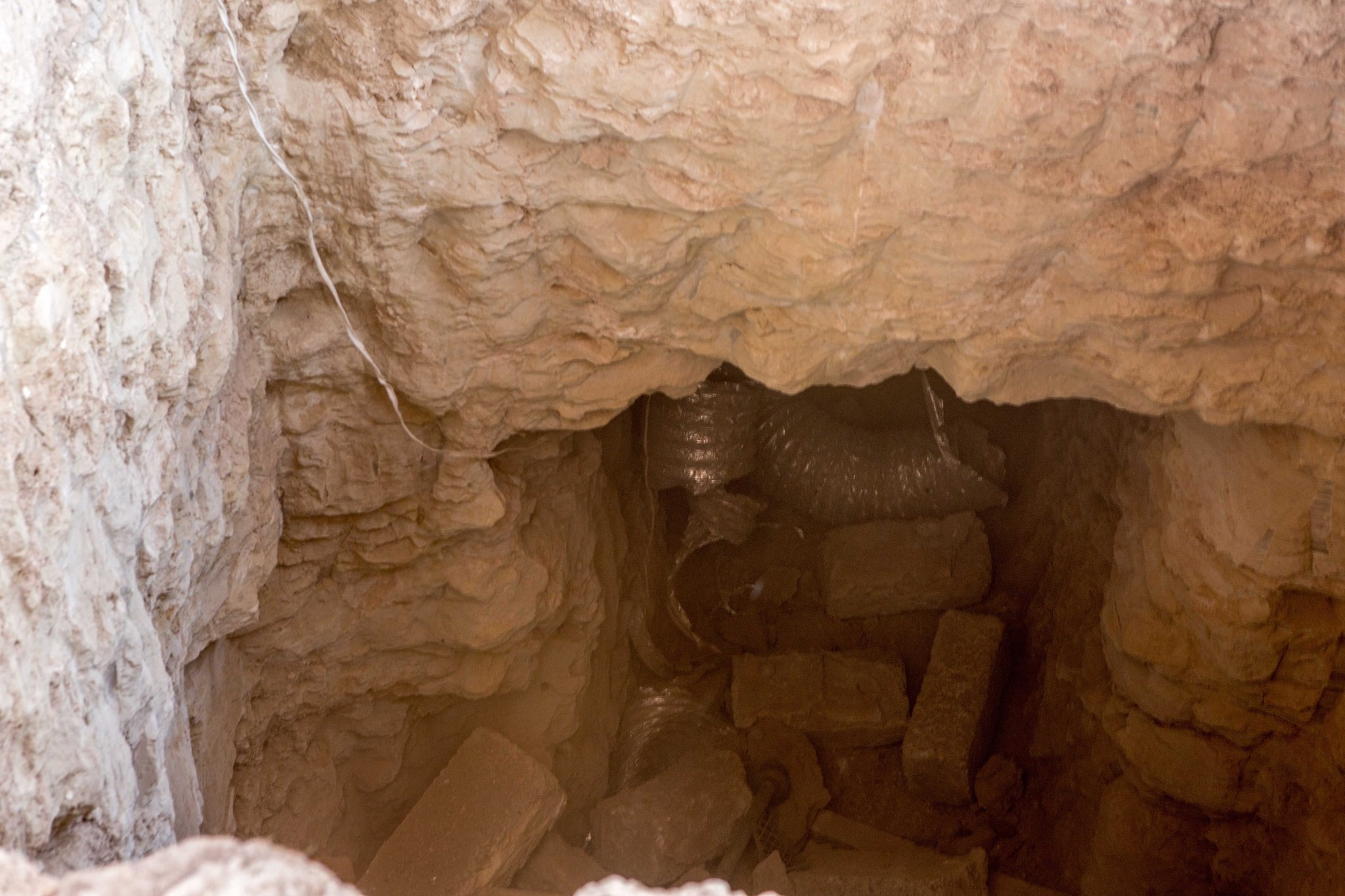 We were strongly advised to beware of landmines placed by Daesh in the village. In addition, mortars, which hadn't exploded, were still on the streets. The fear of landmines, IEDs and booby traps in the village leaves the locals no choice but to live somewhere else.

Mustafa Ali, Muhammad's father, grabbed Muhammad by the hand, and we began to stroll around the village. He showed us the bombed school, hospital and the main square, while explaining what he felt during the liberation of his village in the Mosul operation. "I can say that I followed every second of it live on TV. I was happy to see my village being cleaned of Daesh militants, but seeing it bombed was just horrible," he said. Ali took his family to Irbil, where he thought they would be safe from terror. "Thank God, we found safe haven in Irbil. Muhammad grew up there. Now, we have to go back to Irbil since our home was bombed," he explained. 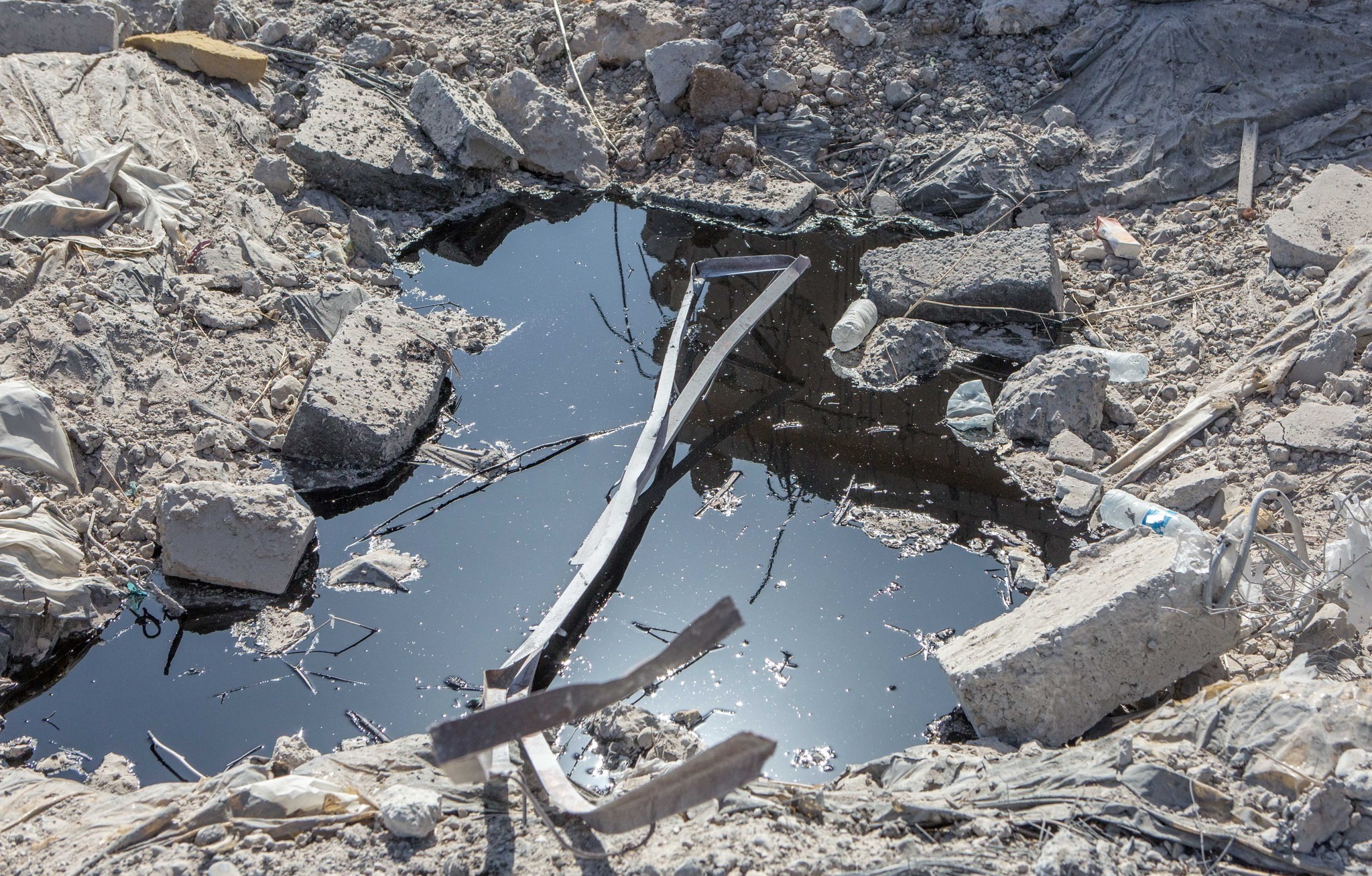 We met another family that also came to the village to take their remaining possessions to where they live now. Şiwan Nazir offered to show us around his home. "Would you like to see Daesh tunnels?"he asked, pointing at one of the rooms. When we stepped in, we saw a tunnel drilled in the middle of the room.

Daesh has been using the tunnels to go from one house to another safely while fighter jets bombed the villages. "We did not expect to see our house intact, but they drilled tunnels and destroyed our walls. There is nothing left to use in the house. We are in shock," Nazir said. 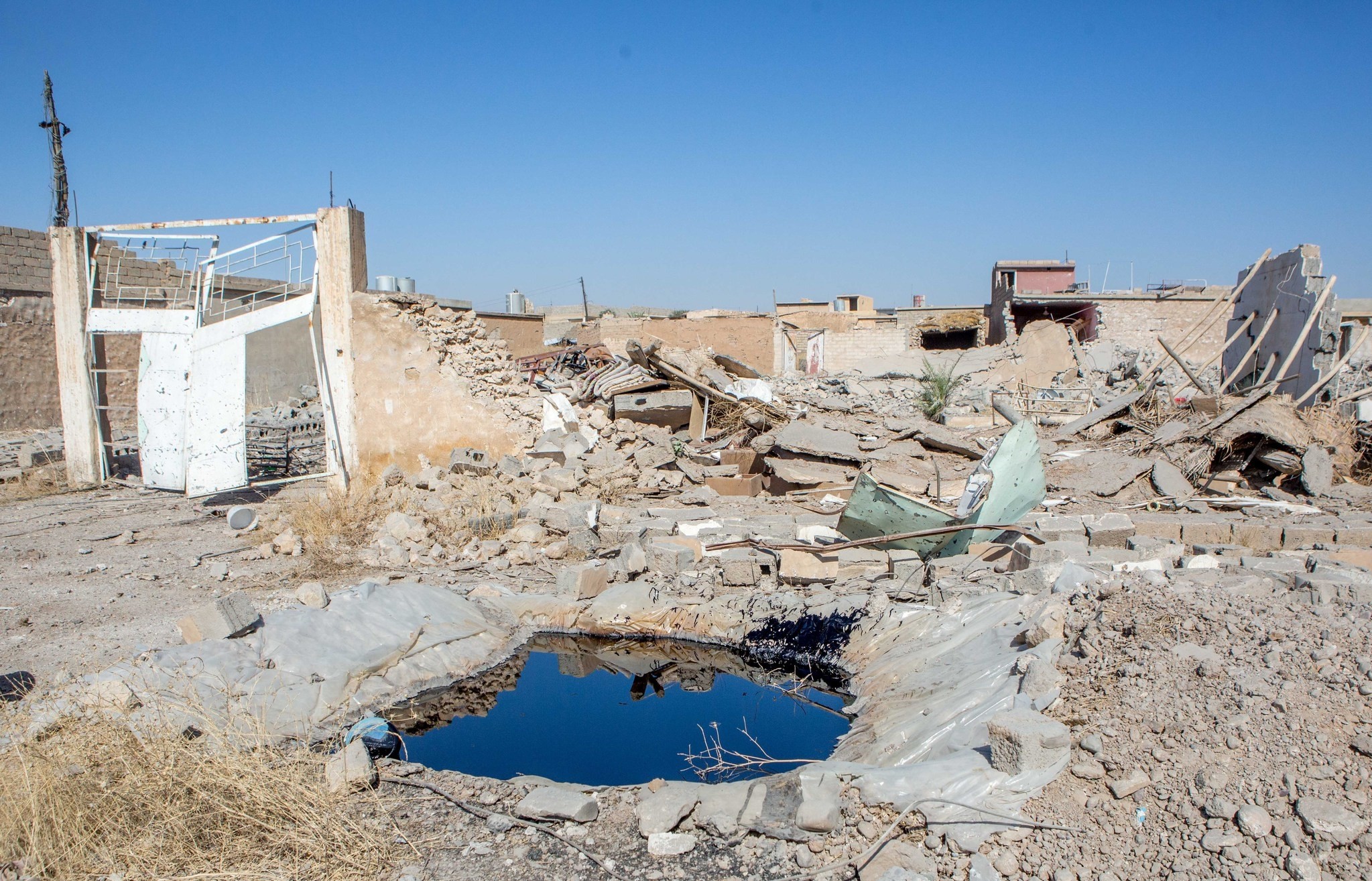 Duhok was the destination for Nazir's family when they fled Daesh militants. Nazir said they had difficulties settling there. "It is not easy when you leave home with nothing. We were always like refugees,"he said. His family now has to find a way to be locals in Duhok, as their village is unlikely to be a home for them again.

While peshmerga forces fight Daesh on three different fronts, the Iraqi army advances, albeit slowly. The army liberated the village of Bartilla from Daesh late Saturday. In addition, the peshmerga Sunday launched an offensive on the Bashiqa region, north of Mosul.

The battle for Mosul is expected to kick off soon as the Iraqi army is some 10 kilometers from the city. However, there are doubts about the Iraqi army's ability to retake the city from Daesh militants. The Nineveh Guards will join the army in the fight. The peshmerga will not participate in the action, peshmerga commanders told Daily Sabah.
RELATED TOPICS