UN refugee agency steps up efforts near Mosul, will be able to look after 150,000 refugees within days 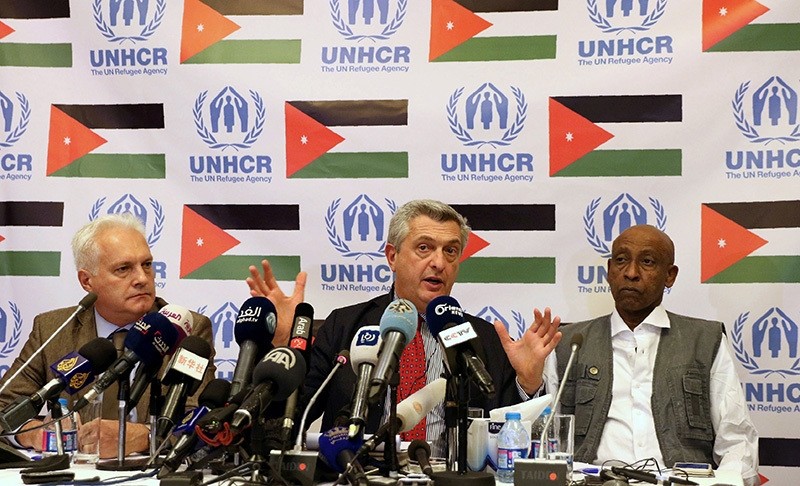 The UN refugee agency is preparing to receive 150,000 Iraqis fleeing fighting around the Daesh group-held city of Mosul within the next few days, its chief said on Monday.

"The preparations are proceeding well... UNHCR is going to have in two or three days 30,000 tents in Iraq, enough for 150,000 people," Filippo Grandi told reporters in Jordan after visiting Iraq.

Iraqi forces backed by a U.S.-led anti-Daesh coalition last week launched a massive offensive to push the terrorists from their last major bastion in the country.

They are now fighting in sparsely populated areas, but when they near the limits of the city itself aid groups fear the start of a major exodus.

A million people could be displaced, sparking an unprecedented humanitarian emergency in a country where the UNHCR says more than three million people have already been forced from their homes since the start of 2014, including a third in its autonomous Kurdish region.

Grandi said a key issue was "to find enough sites to be able to receive this huge mass of people should it come out of Mosul".

"Negotiations in this respect are going on with the government of Iraq and with the Kurdish regional government," he said.

So far, "the outflow of displaced people is not yet from the city of Mosul but from the outskirts" where there has been fighting, Grandi said.

"We have about 7,500 displaced people that have moved from the outskirts of Mosul to other locations that have been assisted and we have perhaps around 1,000 that have crossed into Syria," he said.
Last Update: Oct 24, 2016 9:13 pm
RELATED TOPICS