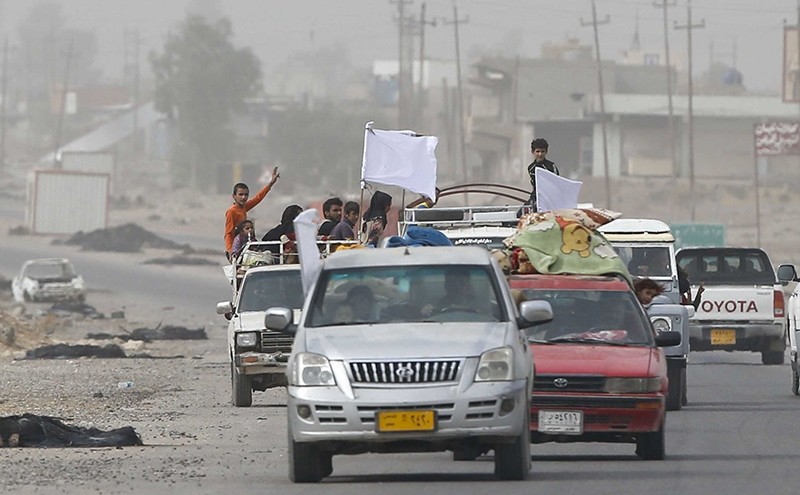 Civilians stuck between clashes in Kokjeli flee the region (AA Photo)
by Compiled from Wire Services Nov 01, 2016 12:00 am

It was the first time Iraqi troops have set foot in the city, Iraq's second largest, in over two years. The advance could be the start of a grueling and slow operation for the troops, who will be forced to engage in difficult, house-to-house fighting in urban areas that is expected to take weeks, if not months.

The offensive was waged along two fronts after the neighborhood was entirely surrounded by Iraqi security forces, al-Saedi said.

The Kokjeli district is administratively part of Mosul city, which was overrun by the Daesh terrorist group in mid-2014.

As the Mosul offensive has pressed on, bombings have continued in the capital, Baghdad, part of sustained Daesh efforts to destabilize the country. Dozens have been killed since the push on Mosul started in apparent retaliation attacks, mostly claimed by Daesh.

On Oct. 18, the Iraqi army -- backed by a U.S.-led air coalition -- began a wide-ranging operation to retake Mosul, Iraq's second-largest city and capital of the northern Nineveh province.

Since then, dozens of Daesh-held villages on the city's outskirts have fallen before the army onslaught, although the terrorist group remains in control of the city.