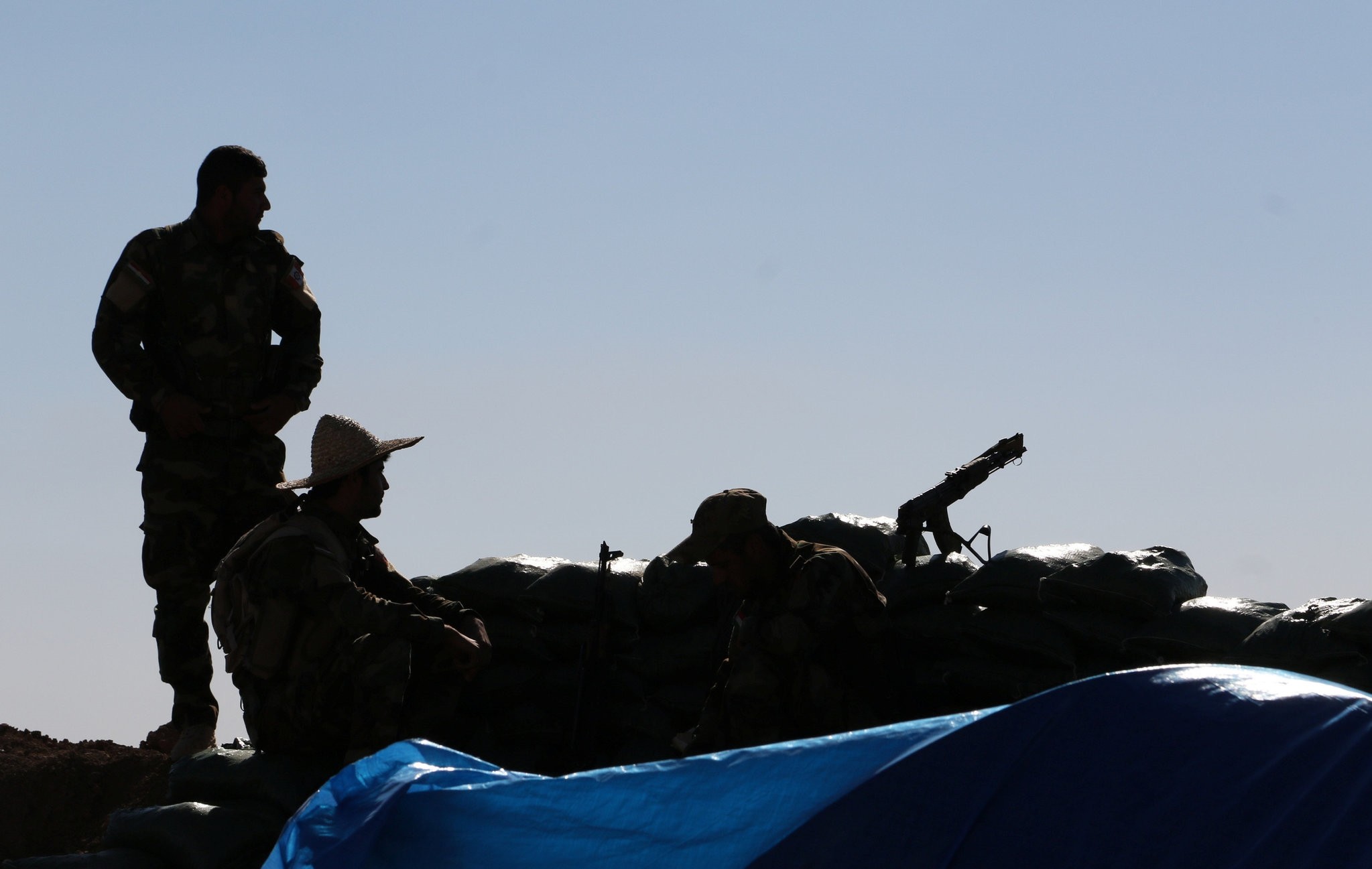 Kurdish Peshmerga fighters take their position in Bashiqa, near Mosul, during an operation to attack Daesh militants in Mosul, Iraq, November 3, 2016. (REUTERS Photo)
by Nov 03, 2016 12:00 am
Daesh leader Abu Bakr al-Baghdadi urged his fighters in an audio recording posted online on Thursday not to retreat from the northern Iraqi city of Mosul, but also to invade Turkey and attack Saudi Arabia.

Al-Baghdadi called on his militants to transform into rivers the blood of the Iraqi forces attempting to retake Mosul in Nineveh province.

"Do not retreat ... this whole war only gives us more faith to fight towards victory which is a promise from God," al-Bahgdadi said.

"To all the strugglers and the people of Nineveh, beware of any weakness ... fight and struggle and face your enemy," he added.

Daesh overran Mosul in mid-2014 at the beginning of a lightning offensive that saw it seize swathes of Sunni Arab northern and western Iraq.

"The fighters of the Caliphate, here comes the atheist, Turkish soldiers, ... show them your strength," he said in the 31-minute audio recording posted on the Daesh website al-Furqan.

The recording could not be independently verified by dpa.

"Turkey remained during our struggle with the supporters of atheism ... seeking to achieve its interests in northern Iraq and on the borders [of Syria]," al-Baghdadi said.

He said that the airstrikes against Daesh by the US-led alliance and Russia had failed to weaken the extremist group, and referred to the ongoing attempts to dislodge rebels from the north-western Syrian city of Aleppo.

"Here is Aleppo facing the harshest crusade ... supported by the atheist Russia amidst the treason of the groups busy with fighting Daesh for the sake of the interests of their masters from heretic countries," al-Baghdadi said.

In the recording, al-Baghdadi accused Saudi Arabia of turning Syria into a secular country, calling on Daesh militants to attack the kingdom.