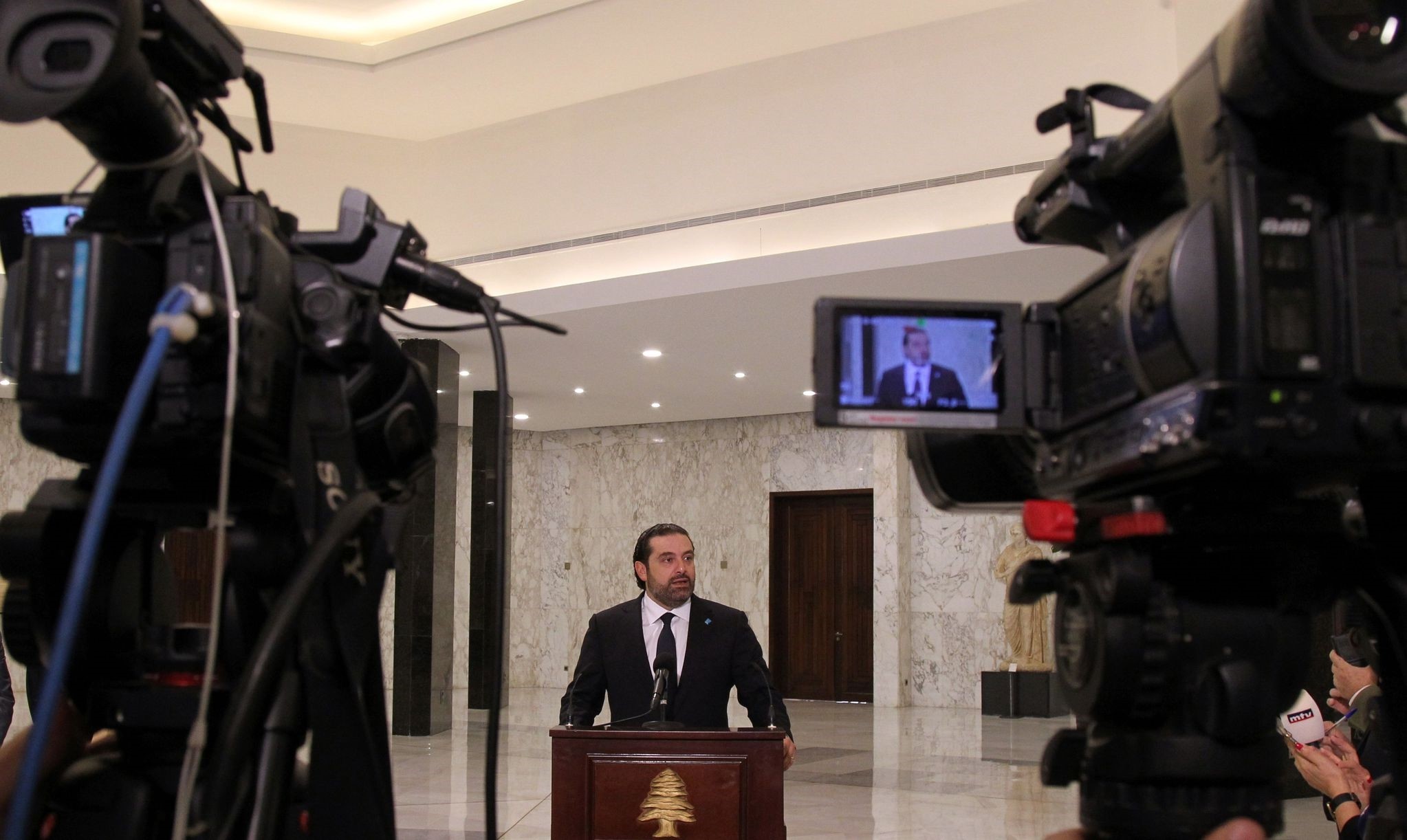 Lebanon's new Prime Minister Saad Hariri speaks to journalists following his nomination at the presidential palace in Baabda, near Beirut, on November 3, 2016. (AFP Photo)
by Anadolu Agency Nov 03, 2016 12:00 am

Newly-elected Lebanese President Michel Aoun on Thursday officially tasked Saad Hariri, a former Prime Minister and leader of Lebanon's Future Movement, to form the country's next government after the latter won the support of a majority of MPs.

"President Aoun has officially asked Saad Hariri to draw up a government," Antoine Shakir, director-general of the Lebanese presidency, declared at a press conference held at Beirut's Baabda Presidential Palace.

The announcement came after Hariri managed to win the support of 110 out of 127 lawmakers who attended a Thursday parliamentary session.

During parliamentary consultations on Wednesday, the Hezbollah parliamentary bloc (13 MPs), the Syrian Social Nationalist Party bloc (two MPs) and the Baath Arab Socialist Party in Lebanon (two MPs) all declined to endorse Hariri for the premiership.

Following a Thursday meeting with Aoun, however, Parliament Speaker Nabih Berri announced at a press conference that the Liberation and Development parliamentary bloc (13 MPs) had thrown its support behind the former PM, saying, "If there was no willingness to cooperate, we wouldn't have backed him".

On Monday, parliament elected Aoun as Lebanon's 13th president, ending a presidential vacuum that had lasted more than two and a half years.