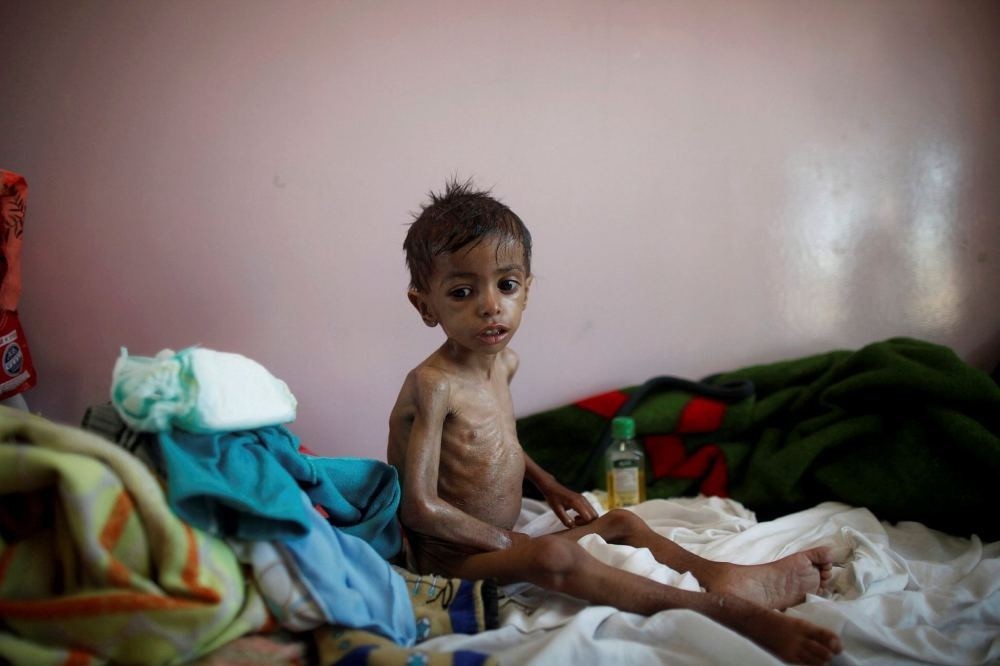 As the war in Yemen continues, 34 ships carrying humanitarian aid to people in dire need of help have been seized over the last seven months by Iran-backed Houthis rebels, spokesperson for the Arab coalition Ahmed Asseri said on Sunday, revealing the worsening humanitarian situation in the war-torn country.

"There are no U.N. humanitarian personnel today at the al-Hudaydah port – which is the largest remaining port under Houthi militia control – who can inspect and supervise distributing the much-needed aid and medical supplies," Asseri said. Houthi militias and forces loyal to the ousted Ali Abdullah Saleh have blocked the distribution of aid, which resulted in depriving the residents from benefiting from it, Asseri stressed.

In addition to the fighting, international organizations have warned in recent weeks of a spread of disease and growing rates of malnutrition in the country, which was already the Arabian Peninsula's poorest even before the war erupted.

The WHO said in its statement released from the rebel-held capital Sanaa that 2.1 million people have been internally displaced by the conflict. More than half of all health facilities across the country have been shut or are partially functioning, it said. "There are critical shortages in medical doctors in more than 40 percent of all districts," it added. Attempts by the United Nations to convince the warring parties to commit to a cease-fire and resume peace talks have so far failed.

Iran-backed Houthi rebels seized the Yemeni capital Sanaa in September 2014, forcing the internationally recognized government to flee the country. A Saudi-led, U.S.-backed coalition has been conducting an extensive air campaign against the Houthis since March 2015 that has pushed the rebels out of southern Yemen. The U.N. says the conflict has left more than 19,000 people dead and displaced at least 3 million. Saudi Arabia leads a coalition of Muslim countries, backed by the U.S., the U.K. and France, in the war in neighboring Yemen. The campaign, which is a campaign to restore the government ousted by the Iran-allied militia, is part of a larger assertive effort to prevent weapons from reaching Shiite Houthi rebels and their allies, who have overrun much of Yemen. Yemen is of critical importance to the U.S. as the country is home to one of America's biggest enemies: al-Qaida, as well as its deadliest franchise, al-Qaida in the Arabian Peninsula (AQAP), which orchestrated numerous high-profile terror attacks, including the Charlie Hedbo Massacre in Paris, France. Since 2012, the U.S. has launched counterterror airstrikes and operations against radical militants as part of U.S. national security policy. The U.S.'s "targeted-killing policy" and other practices by the Obama administration have raised serious concerns regarding the rule of law, war crimes and the human cost of the U.S. security policy in Yemen.
RELATED TOPICS