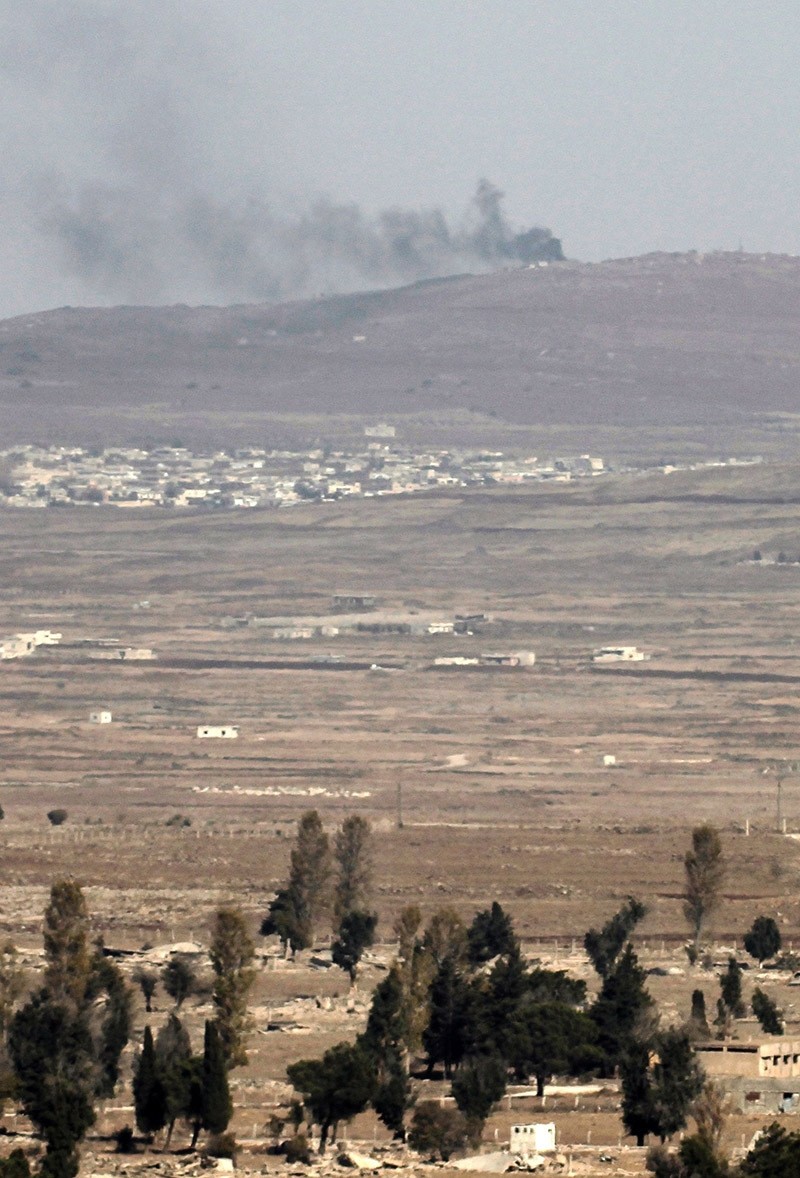 A picture taken from the Israeli-annexed Golan Heights shows smoke rising from a Syrian army position on November 9, 2016. (Photo AFP)
by Anadolu Agency Nov 09, 2016 12:00 am

The Israeli army said Wednesday it has struck an army position of the Syrian regime in the northern Golan Heights after a rocket fired from regime-held areas hit Israel-occupied territory.

In a statement, the military said it "would not tolerate any attempt to touch the sovereignty of the State of Israel and the safety of the Israeli citizens."

"We consider the Syrian regime responsible for what is taking place within its territories," it added.

No injuries or damage were reported in the rocket fire from Syria.

Since the signing of a 1974 disengagement agreement between Syria and Israel, a cease-fire line has separated the Israeli-occupied Golan Heights from a Syria-administered buffer zone.

The Golan Heights was occupied during the 1967 Middle East war and formally annexed by Israel in 1981 in a move that was never recognized internationally.