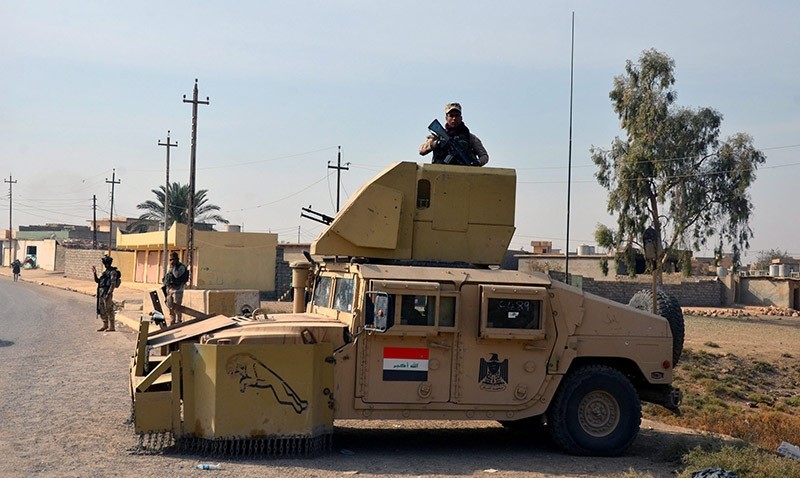 Iraqi forces executed up to six residents of villages south of Mosul as they launched operations to recapture the Daesh group-held city last month, Amnesty International said on Thursday.

The rights group called on the Iraqi government to urgently investigate the killings in the Al-Shura area, which it said were carried out by men in federal police uniforms during the offensive to retake Mosul from the Daesh members.

Iraq's federal police issued a statement denying its forces had been involved in extrajudicial killings.

Three of the victims were part of a group of around 10 men and one 16-year-old boy who handed themselves over to men wearing federal police uniforms on October 21.

They had waved a white cloth and lifted their shirts to show they were not wearing explosive belts, Amnesty said, but were taken to an open desert area and brutally beaten, while one man's beard was set alight.

On the same day, another victim was led away by men in police uniforms, only for his body to be found a week later.

Again on October 21, another man was reportedly shot as he ran towards men in police uniform, pulling at his clothes to show he was not wearing a bomb.

And the body of a sixth man, who had defied Daesh attempt to remove civilians for use as human shields and stayed in the Al-Shura area, was found with bullet wounds to the chest and chin after government forces moved in.

Amnesty said that forces operating in the area "were apparently presuming that only Daesh fighters had remained behind", but that the extrajudicial executions were in any case unlawful.

"In some cases the residents were tortured before they were shot dead execution-style.

"Deliberately killing captives and other defenceless individuals is prohibited by international humanitarian law and is a war crime.

"It is crucial that the Iraqi authorities carry out prompt, thorough, impartial and independent investigations into these crimes under international law, and bring those responsible to justice."