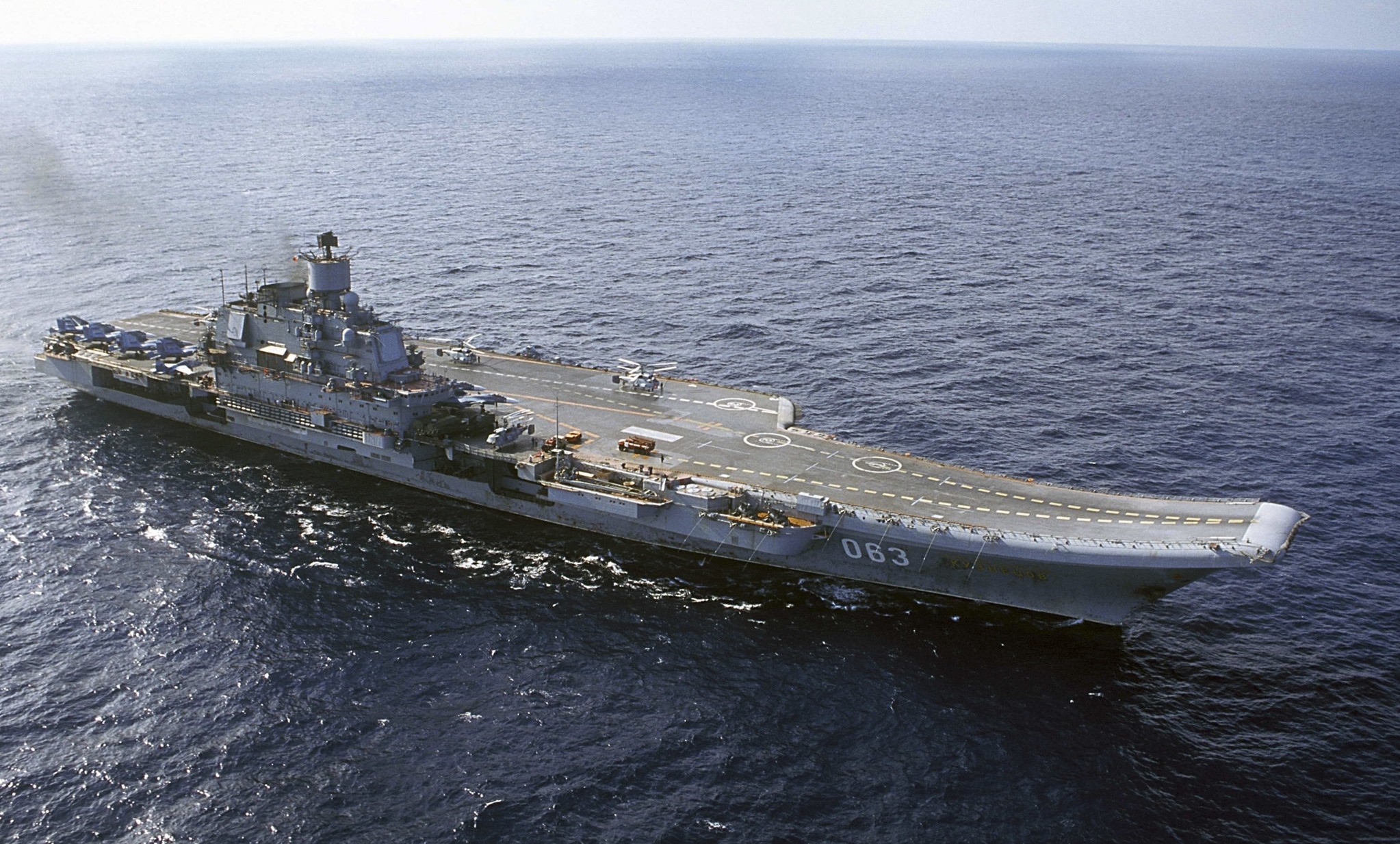 Admiral Kuznetsov carrier seen in the Barents Sea, Russia.One of its the MiG-29 fighter jets based at a Russian aircraft carrier currently has crashed on a training mission. (AP Photo)
by Compiled from Wire Services Nov 14, 2016 12:00 am

The Russian military says one of its fighter jets based on an aircraft carrier currently near Syria's shores has crashed on a training mission, but its pilot survived.

The Defense Ministry said Monday that the crash of the MiG-29K fighter will not affect the operations of the Admiral Kuznetsov carrier.

It said the jet's pilot bailed out safely and was picked up by a rescue team.

"The pilot's health is in no danger. The pilot is ready to carry out missions," the ministry said, quoted by Interfax news agency.

The ministry said the jet crashed due to "a technical problem" while on its way to land on the carrier, but didn't elaborate on what went wrong.

The carrier and escorting ships arrived in the eastern Mediterranean Sea last week. Pilots of the carrier-borne fighters have been conducting flights over Syria to survey the area.

The defence ministry did not say when the incident occurred, but said the plane was taking part in training flights. It stressed that flights were still going ahead from the aircraft carrier despite the accident.

"The flights of aircraft from the carrier are continuing in accordance with the set tasks," it said.

The Mig-29K is a multi-functional plane developed in the Soviet era and is used to strike targets both in the air and on the ground.

The Admiral Kuznetsov aircraft carrier arrived in the eastern Mediterranean off the Syrian coast as part of a flotilla of ships sent to reinforce Russia's military in the area, its commander confirmed on state television.

The ship's commander Sergei Artamonov said in an interview broadcast Saturday on Rossiya-1 television that planes had been taking off from the ship's deck "practically every day for the last four days" to survey the area.

The flotilla has sparked concern from NATO that it will be used to take part in air strikes on Syria.

The fleet cancelled a plan to refuel at a Spanish port after Madrid came under pressure to refuse permission.

Russia has been flying a bombing campaign in Syria for the past year in support of its ally Bashar Assad and has deployed a naval contingent to back up its operation.

Officially, 20 Russians have been killed in combat so far.

Russia says it has ceased air strikes on opposition-held east Aleppo since October 18 after international condemnation of its ferocious bombardment of the city and has declared a series of brief ceasefires.