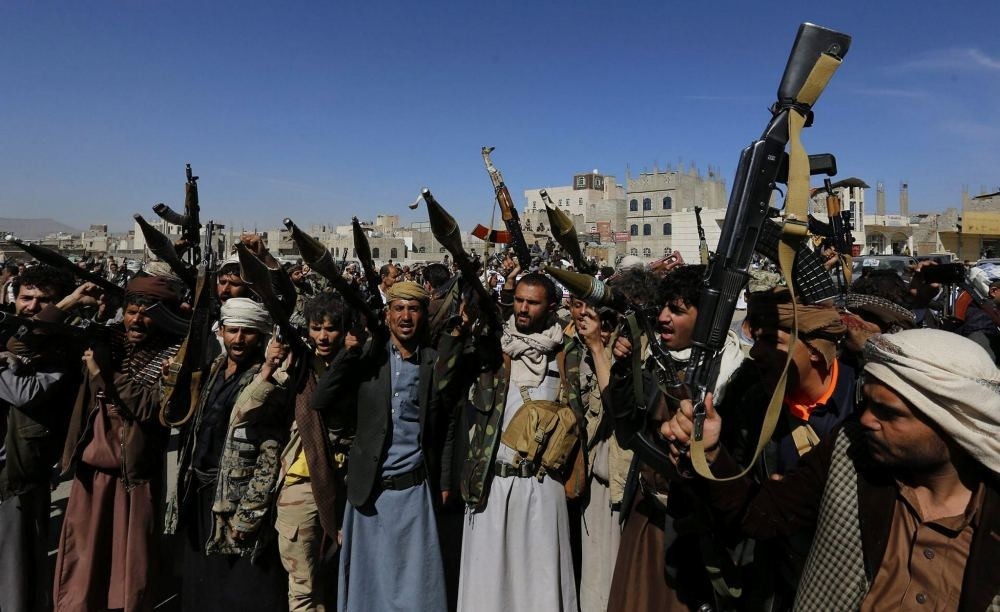 A recently released report by Conflict Armament Research reveals that Iran has been sending weapons to Houthis in Yemen and militias in Africa in a bid to expand its influence, as Tehran has been directly involved in conflicts in the region

A report, newly released by Conflict Armament Research (CAR), claims that Iran has been sending weapons to its proxy groups in Africa and to Houthi rebels in Yemen via Somalia. The group documented Iran-manufactured ammo and weapons, sold illegally to Africa. Iran has been pursuing imperial desires across the Middle East, as it is directly involved in the war in Syria on the side of the regime and is held responsible for the killing of thousands of civilians. The Tehran administration is also a staunch supporter of the Shiite Houthi rebels in Yemen and has been repeatedly accused of sending weapons to them. The United Arab Emirates and Saudi Arabia have also accused Tehran of attempting to mobilize their Shiite minorities. Iran's expanding influence is very strong in Iraq, as the Iraqi government is claimed to be under the direct control of Tehran. The fight against Daesh in several Iraqi cities is under the command of Iranian officials. Iran has also been expanding its influence in Africa, as several countries have met recently converted Shiite groups. Especially in Nigeria, the emergence of pro-Iran groups has created major social trouble. Iran has been opening schools across the poor African countries to collect supporters against the governments and Sunni people.

The report indicates that Iran's weapons have been sold in many African countries, including Kenya, Uganda, Niger, Nigeria, Sudan, Cote d'Ivoire, Burkina Faso and Guinea. "Rebel and insurgent movements also deploy Iranian ammunition. The Darfur and South Sudan cases have already been noted, but this study also documents Iranian ammunition in service with former rebel forces in Côte d'Ivoire and factions aligned with AQIM operating in Niger. With the exception of Khartoum-aligned forces in Darfur and South Sudan, the regional sources of this ammunition are unclear. In the Côte d'Ivoire case, ammunition deliveries certainly transited the territory of Burkina Faso and match the types of ammunition circulating in Darfur," the report said. "The report presents findings from extensive field-based investigations conducted in nine African states between 2006 and 2012. These are states that have experienced protracted armed conflict," the report wrote and added: "In all cases, the report documents Iranian ammunition either in the hands of state forces or in service with non-state factions, including rebel forces, foreign-backed militias, armed groups and warring civilian communities. The report's findings are significant from the perspective of regional security and provide important indications that the African arms market is changing in composition."

Iran is involved in the conflicts in both Syria and Iraq. Iran has helped the Assad regime throughout the war, dispatching thousands of soldiers, mobilizing the Lebanon-based Shiite Hezbollah group and delivering millions of dollars, despite its troubled economy due to international sanctions. In June 2015, BasNews reported that the Iranian government has funded the Syrian regime to the tune of $6 billion since the beginning of the war. A diplomatic source, who spoke on condition of anonymity due to the sensitivity of the subject, was quoted by BasNews as saying: "Iran is demanding concessions from the Syrian government in terms of oil, infrastructure and agriculture to cover the value of its credit and support of the Syrian regime. To date, Iran has provided $6 billion in funding and this will increase as the conflict continues."

Iran-backed Houthi rebels seized the Yemeni capital Sanaa in September 2014, forcing the internationally recognized government to flee the country. A Saudi-led, U.S.-backed coalition has been conducting an extensive air campaign against the Houthis since March 2015 that has pushed the rebels out of southern Yemen.

The U.S. has been accused of allowing Iran to expand its influence in the region since the nuclear deal. However, president-elect Donald Trump, unlike President Barack Obama, is known for his hostile stance towards Iran. His ascendancy to the post might affect the U.S. Senate, as it had extended the sanctions on Iran, which Obama opposes. "The U.S. Senate passed a 10-year extension of existing sanctions against Iran on Thursday, sending the measure to the White House for Obama to sign into law and delaying any potentially tougher actions until next year. As the voting continued, senators were backing the renewal of the Iran Sanctions Act by 89-0. It passed the House of Representatives nearly unanimously in November, and congressional aides said they expected Obama would sign it when it reached his desk," Reuters reported. Iran's Foreign Ministry said on Friday that the vote violated a historic nuclear deal reached between the country and six major powers in 2015. "The extension of sanctions by the U.S. Congress is a violation of the deal. We will report it to Iran's committee, assigned for monitoring the implementation of the deal," according to a statement that Foreign Ministry spokesman Bahram Ghasemi read on television.
RELATED TOPICS