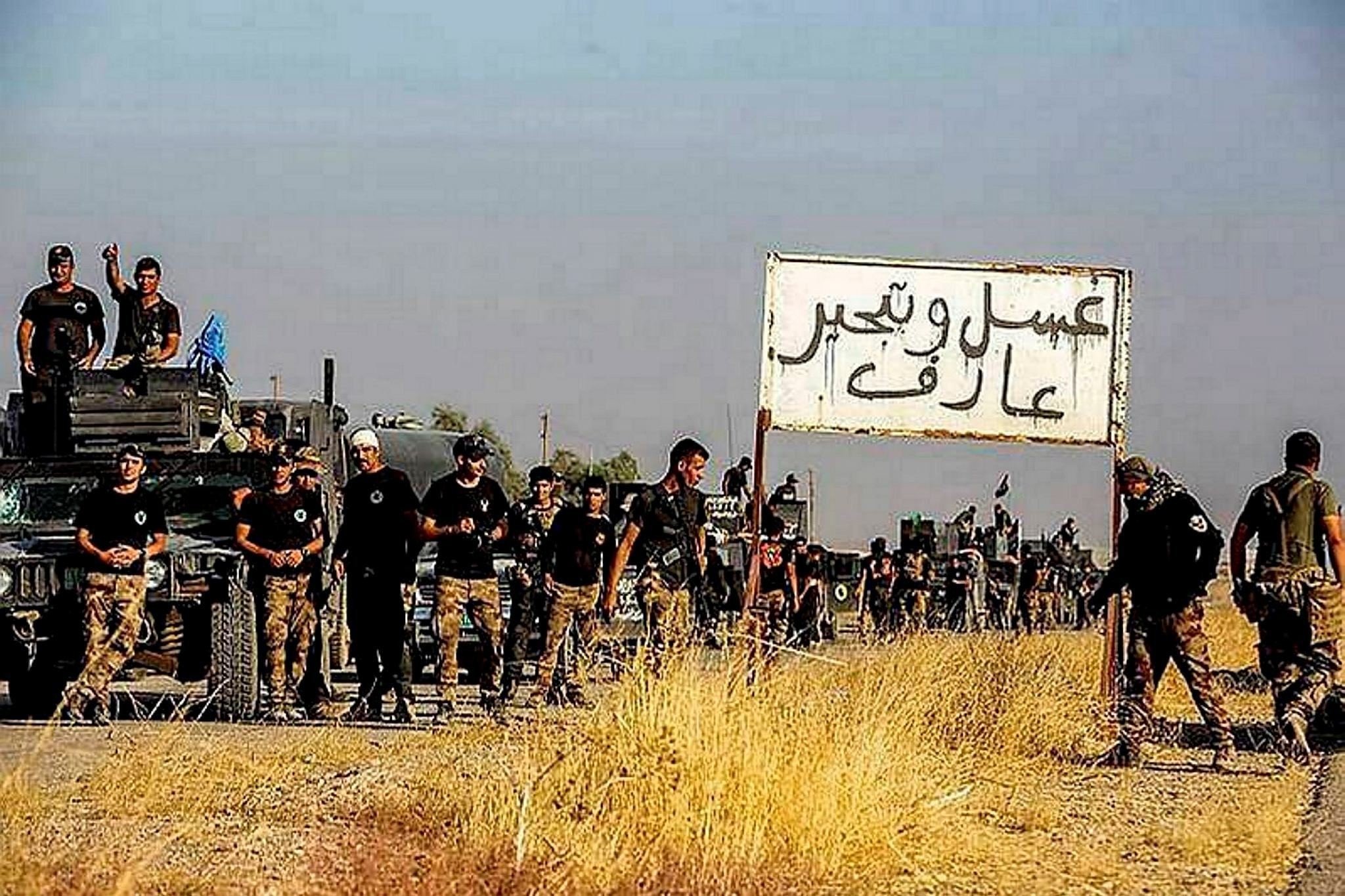 Iran has been playing the sectarianism card across the world, but has been doing it primarily in Syria and Iraq.
by Daily Sabah Dec 16, 2016 12:00 am

Iranian aggression could expand to Bahrain, Yemen, Mosul and Syria, an Iranian top commander said, as it continues to apply sectarian policies to countries in which people suffer most

Gen. Hussein Salami, deputy commander of Iran's Islamic Revolutionary Guard Corps (IRGC), has said that the Iranian Islamic Republic project will expand to Bahrain, Yemen and Mosul, after the liberation of Aleppo city in Syria. His remarks stressed Iran's aggression and sectarian policies toward Syria, Iraq and Yemen.

General Salami also added that finally the people of Bahrain will achieve their goal, and the Yemenis will find happiness, and the people of Mosul will understand the meaning of victory, as part of "divine promises." Salami stressed on the unlimited support his country gives to the Houthis in Yemen, adding that Iranian rockets can hit any enemy target, anywhere. Salami referred to the Syrian regime taking over Aleppo, as "a Manifest Victory."

Iran has been involved in the conflicts in both Syria and Iraq. Iran has helped the Assad regime throughout the war, dispatching thousands of soldiers, mobilizing the Lebanon-based Shiite Hezbollah group and delivering millions of dollars to the regime, despite its troubled economy due to international sanctions. In June 2015, BasNews reported that the Iranian government had funded the Syrian regime to the tune of $6 billion since the beginning of the war.

Playing the sectarianism card to keep relations tight with Shiite minorities and armed groups across the world, the Tehran administration has gone into a deadly war against civilians in Iraq by giving unconditional support to Hashd al-Shaabi militants who are infamous for their brutal acts against Iraq's civil Sunni citizens.

Since 2013, Iran has increased its military presence in Syria and deployed hundreds of its special operation troops, besides militants. It is claimed that Iran has been collecting young people from poor countries like Pakistan, Afghanistan, and India with the promise of granting citizenship.

A report, entitled "How Iran Fuels Syria War" published by the National Council of Resistance of Iran (NCRI) said, "non-Iranian mercenaries number around 55,000 men, Iraqi militias are around 20,000 men, Afghan militias are approximately 15,000 to 20,000 men, Lebanese Hezbollah are around 7,000 to 10,000 men, and Pakistani, Palestinian and other militiamen number approximately 5,000 to 7,000. The Tehran regime spends $1 billion annually in Syria solely on the salaries of the forces affiliated with the IRGC, including military forces, militias, and Shiite networks."

Iran, which has a centralized Shiite version of Islam, has entered into competition with other regional actors, including Turkey and Saudi Arabia over the region by applying sectarian policies from which the people of the region suffer. Iran has adopted the policy of leading and uniting the Shiite communities in different Arab countries, including Iraq and Yemen, following the revolution in 1979.
RELATED TOPICS