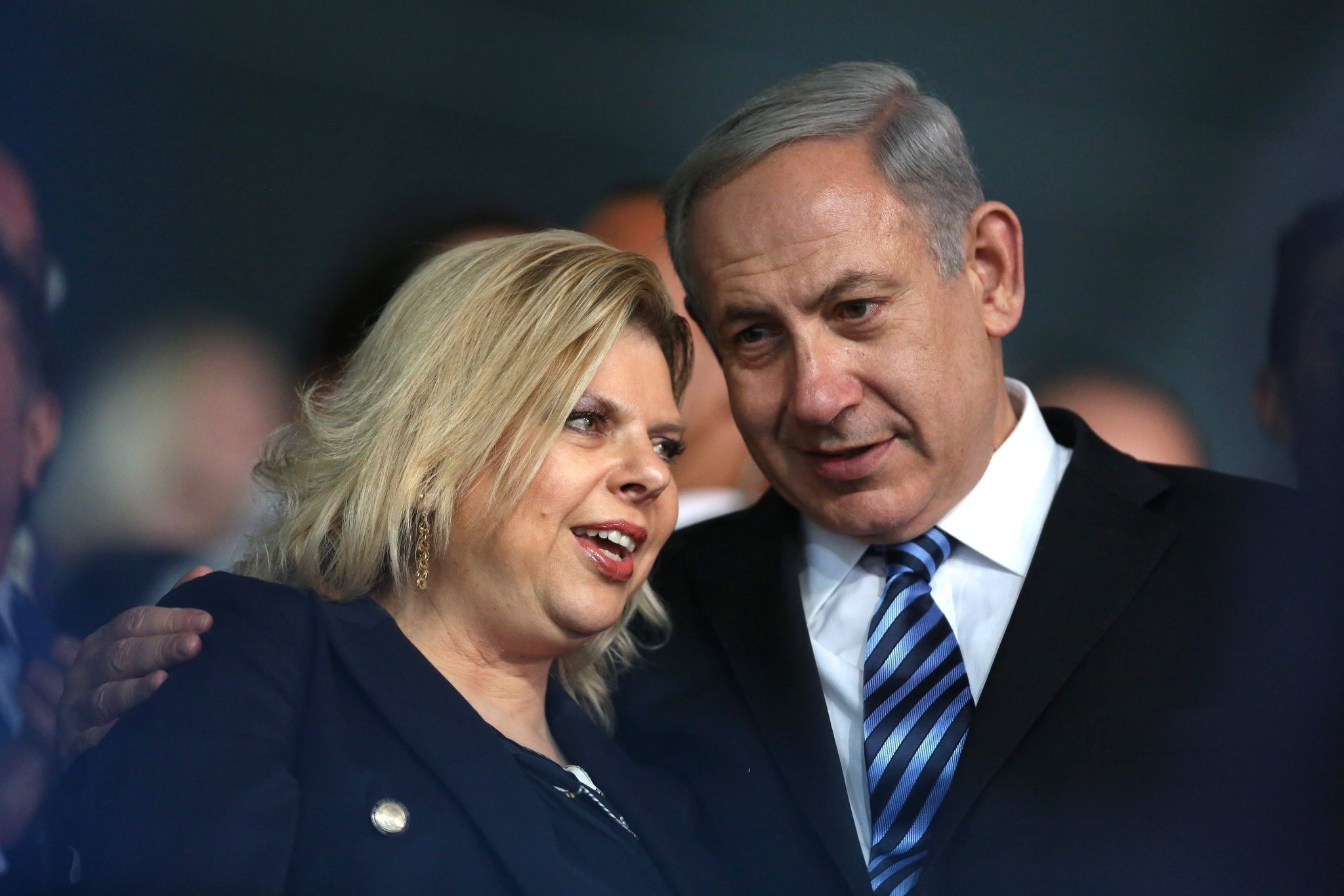 Israeli police questioned Prime Minister Benjamin Netanyahu on Thursday for the second time over allegations that he improperly accepted gifts from wealthy supporters, pressing ahead with a probe that has threatened to challenge his entrenched leadership even as he continues to adamantly deny wrongdoing.

Israeli media said investigators arrived at Netanyahu's official residence in Jerusalem on Thursday in a probe that, according to local media, allegedly involves high-profile figures in international business and Hollywood. A grilling on Monday lasted more than three hours. Police had no immediate comment.

Few details of the allegations against Netanyahu have been officially released, with Israel's Justice Ministry disclosing only that Netanyahu was being questioned "on suspicion of receiving benefits from business people."

But Israeli media have reported that Netanyahu accepted "favors" from businessmen in Israel and abroad, allegedly including billionaire Ronald Lauder and Hollywood producer Arnon Milchan. Israeli Channel 2 TV has said that Netanyahu is the central suspect in a second investigation that also involves family members.

Netanyahu has repeatedly denied wrongdoing, portraying the accusations as a witch hunt against him and his family by a hostile media opposed to his hard-line political views.

He has pointed to previous suspicions raised against him, none of which resulted in any criminal proceedings, as a sign that he has done nothing wrong in this most recent allegation as well. "There won't be anything because there is nothing," has been Netanyahu's frequently repeated refrain.

Serving his third consecutive term with a stable coalition government, Netanyahu is on track to become Israel's longest-serving leader, should he complete his full term in office in 2019. He does not appear to have any serious foreseeable challenger to his rule.

While the probe is still in its infancy, a mounting investigation could put pressure on Netanyahu to step down. His predecessor, Ehud Olmert, did so in 2008 just months before he was formally indicted on corruption related charges. Olmert is now serving a prison sentence after being convicted of accepting bribes.

After eight years in office, in addition to an earlier term in the 1990s, Netanyahu has garnered a reputation as a cognac-swilling, cigar-puffing socialite who is as comfortable rubbing shoulders with international celebrities as he is making deals in parliament.

Scandals have dogged him and his wife Sara over their lavish tastes. They have been chided for excessive spending on anything from pistachio ice cream to scented candles to ringing up $127,000 in public funds for a special sleeping cabin for a five-hour flight to London.

The Haaretz newspaper reported on Thursday that Milchan, the producer behind a slew of Hollywood blockbusters, was allegedly connected to the affair.