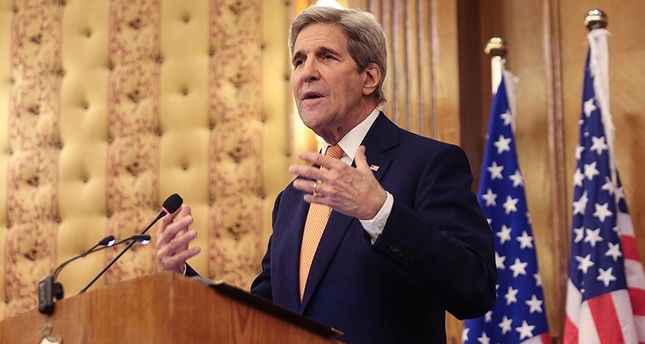 Outgoing US Secretary of State John Kerry defended the Iran nuclear deal on Thursday, stressing Tehran is no longer technically able to build a nuclear weapon.

The deal had made the world safer, including Israel, a close US ally and critic of the agreement, Kerry said in remarks reflecting on the achievements of President Barack Obama's presidency.

President-elect Donald Trump has threatened to upend many of his achievements, including scrapping what many Republicans see as a bad deal.

The US and international community had only "very bad choices" of a nuclear-armed Iran or a conflict in the Middle East before the deal designed to prevent Iran from building a nuclear weapon.

"To be clear, to be crystal clear, terminating that agreement now would leave us with those same bad choices," Kerry said.

He noted Tehran now had just 300 kilogrammes of enriched material, down from 12,000 kilogrammes, and was limited to 3.67 per cent enrichment that was being tracked by monitors.

Kerry pointed a 98 per cent reduction in enriched uranium stockpiles and the shutdown of two-thirds of the nation's centrifuges.

"The joint plan has in fact blocked each of Iran's pathways to a nuclear weapon," he said.