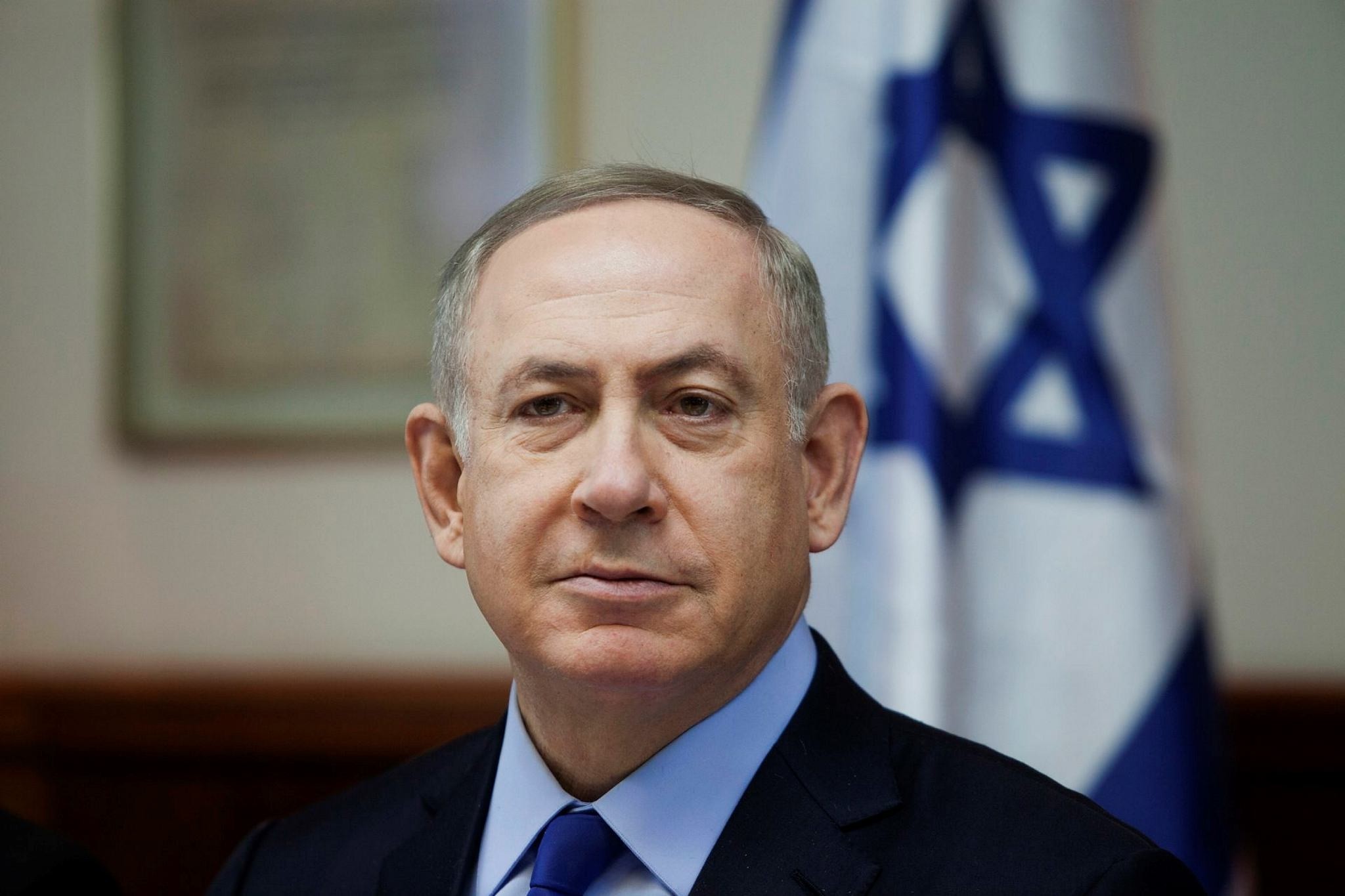 Israeli Prime Minister Benjamin Netanyahu called for a pardon for a soldier convicted of manslaughter in the fatal shooting of a badly wounded Palestinian assailant.
by Compiled from Wire Services Jan 06, 2017 12:00 am

In one of the most polarizing cases in Israel's history, right-wing politicians, including Prime Minister Benjamin Netanyahu, have called for the soldier to be pardoned

Israeli Prime Minister Benjamin Netanyahu has called for a pardon for a soldier convicted of manslaughter for shooting dead a wounded Palestinian as he lay on the ground. Elor Azaria, whose military trial since May has deeply divided Israel, was convicted on Wednesday, with right-wing politicians defending him despite top army brass condemning his actions. He now faces up to 20 years in prison. Reacting to the conviction, Netanyahu called for the 20-year-old French-Israeli sergeant to be pardoned. "This has been a hard and painful day for us all -- first and foremost for Elor and his family," Netanyahu wrote on Facebook. "I support giving a pardon to Elor Azaria." Netanyahu made waves before the trial even began by calling Azaria's father to express his sympathy. President Reuven Rivlin's office had earlier said any talk of a pardon was premature and that an application could only be made after the judicial process had run its course.

Meanwhile, Israeli police arrested two people yesterday for inciting violence on social media against three military judges who convicted a soldier of manslaughter over his fatal shooting of a wounded Palestinian. The case has polarized Israel. A military security detail was assigned to the judges on Wednesday, when several hundred far-right supporters of Azaria clashed with police outside the Tel Aviv military base as the verdict was being read out. Shabtay Oz, a retired policeman carrying a large Israeli flag, said he never imagined himself joining a demonstration.

The trial has generated debate about whether the military is out of touch with a public that has shifted to the right in its attitudes towards the Palestinians. A poll published on Wednesday by Israel's Channel 2 television showed that 67 percent of respondents favor a pardon for Azaria. Many right-leaning politicians advocate the same.

Right-wing leaders have called for him to be pardoned in an extraordinary public rift between politicians and the military. Before he became defense minister in May, Avigdor Lieberman was among Azaria's supporters. He has since backed away from his earlier stance, saying after the verdict that while he disagreed with the decision, it must be respected.

The March 24 shooting in the occupied West Bank city of Hebron was caught on video and spread widely online. It showed Abdul Fatah al-Sharif, 21, lying on the ground, shot along with another Palestinian after stabbing and wounding a soldier, according to the army. Azaria then shoots him again in the head without any apparent provocation.

His lawyers argued the soldier may have thought the Palestinian was wearing explosives, but others said he had already been checked for a suicide belt and no one in the video appears to be acting cautiously.

The Palestinian's father told reporters in Hebron after the verdict that Azaria should be sentenced to life.

Ruling in one of the most polarizing cases in Israel's history, the judges convicted Azaria of manslaughter, saying he acted out of a sense of vengeance and had said after pulling the trigger, "He deserved to die." He faces up to 20 years in prison, although legal experts expect a much lighter term. Sentencing is expected in the coming weeks.

The last time an Israeli soldier was convicted of manslaughter was in 2005, Israeli media reported.
RELATED TOPICS