10 killed in militant attack on checkpoint in Egypt's Sinai 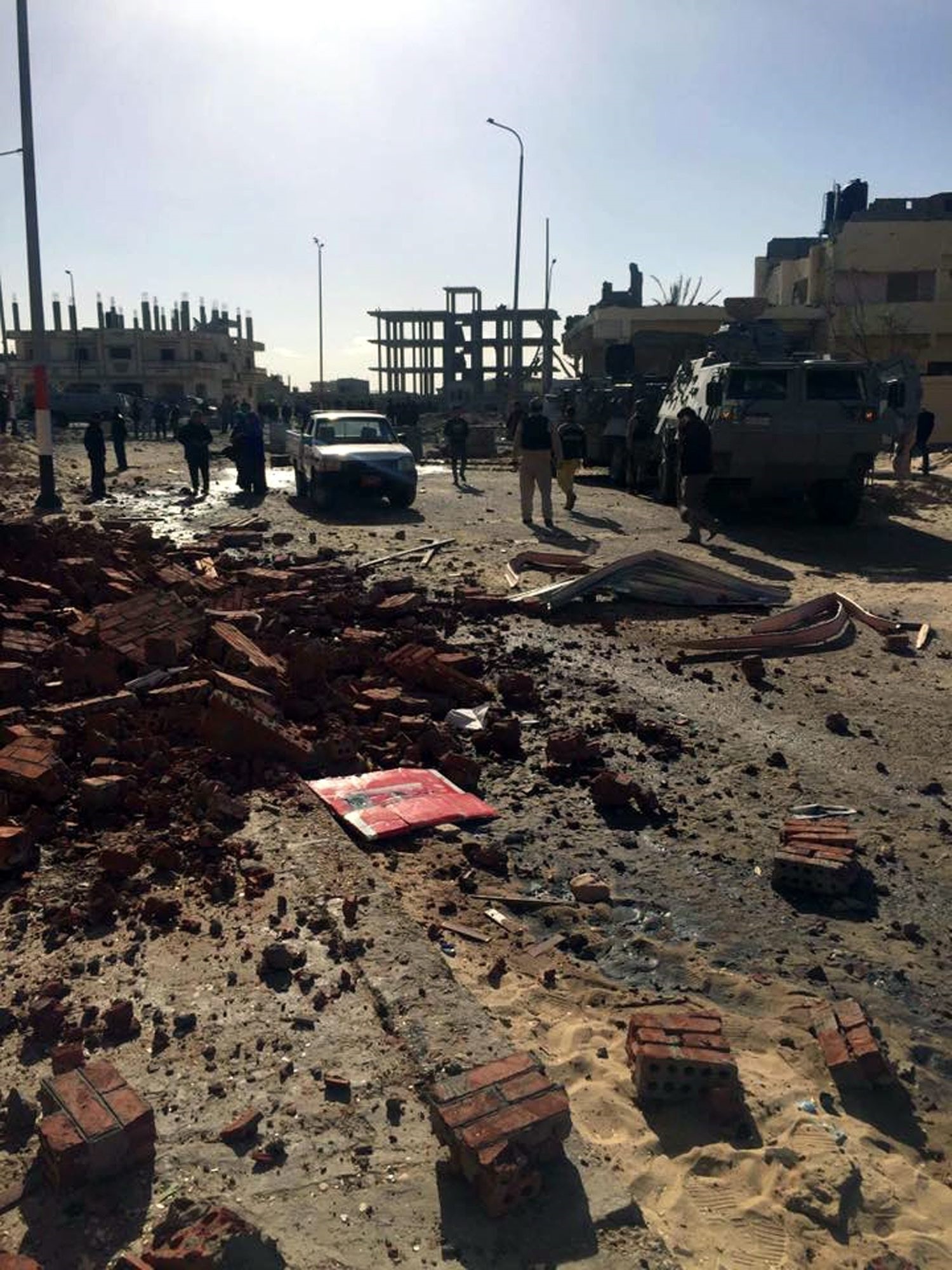 A suicide bomber driving a garbage truck packed with explosives rammed his vehicle into an Egyptian security checkpoint outside a police building in northern Sinai on Monday, killing at least 10 people and wounding 22, officials said.

According to security and medical officials, the attack in the city of el-Arish in the Sinai Peninsula was followed by smaller explosions as militants wearing black masks fired rocket-propelled grenades at the troops around the checkpoint.

Three floors of the police building were blown out, the officials said, adding that so far, bodies of 10 people — all but one of them policemen — have been retrieved from the rubble but that they fear the death toll could rise further. The wounded were taken to hospital.

At the checkpoint, two officers survived unharmed, the officials said. There were unconfirmed reports that a number of security personnel were seized and abducted by the gunmen.

The garbage truck had been stolen days earlier from the municipality of el-Arish, the officials said, adding that the militants had built in metal plates to enforce the truck. They spoke on condition of anonymity because they were not authorized to talk to reporters.

Later Monday, Egypt's Interior Ministry released footage showing an attacker driving what appears to be a white garbage truck. The video shows the attacker collapsing after coming under fire.

In a statement on the ministry's Facebook page, the security authorities claim they managed to foil the attack before the car bomb exploded at the checkpoint and that security forces killed five of the attackers and wounded three others. It also said seven policemen were killed, along with civilian, and that six policemen and six civilians were wounded.

The ministry also said a second group of militants tried to carry out an attack on another checkpoint, also in el-Arish, but came under heavy gunfire and were forced to flee. It said that attack killed one policeman. It wasn't immediately possible to reconcile the two accounts.

No group immediately claimed responsibility for Monday's attack, which bore all the hallmarks of Egypt's Daesh affiliate.

The militant group has carried out scores of attacks against security forces in the volatile northern Sinai and elsewhere in the country. The Egyptian army has struggled over the past few years to contain the insurgency.