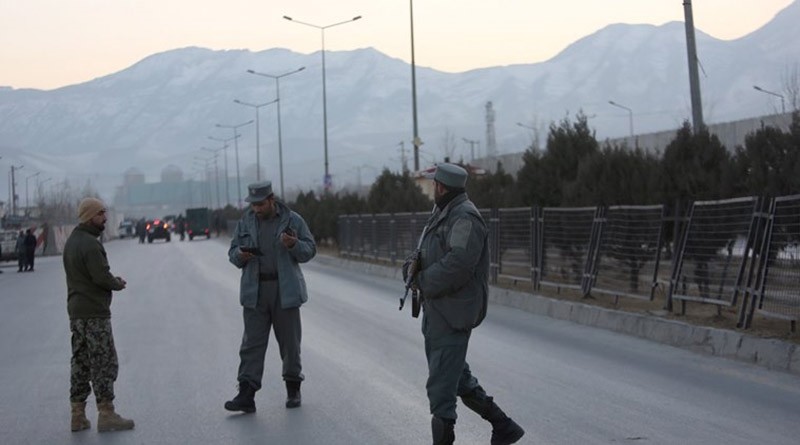 Two large bombings near government offices in Afghanistan's capital on Tuesday killed at least 38 people, including civilians and military personnel, in the deadliest attack by the Taliban in the capital in months.

Public Health Ministry official Mohibullah Zeer said another 72 people were wounded in the attack. Interior Ministry spokesman Sediq Sediqqi said a suicide bomber struck first, followed by a car bomb, and that four police officers were among those killed.

The Taliban, who have been waging a 15-year war against the U.S.-backed government, claimed the mid-afternoon attack, which took place near government and legislative offices.

Ghulam Faroq Naziri, a lawmaker from the western Herat province, said another MP from the same province, Rahima Jami, was wounded.

It appeared to be the deadliest attack in Kabul since July, when two suicide bombers struck a demonstration held by Hazaras, killing 80 people. That attack was claimed by a local affiliate of Daesh.

The fighting in Afghanistan tends to taper off during the winter months, when mountain supply routes used by the insurgents are impassable.

Earlier in the day, a suicide bomber on foot struck in the southern Helmand province, killing at least seven people, said Gen. Agha Noor Kemtoz, the provincial police chief. The target of the attack was a guesthouse used by a provincial intelligence official in Lashkar Gah, the provincial capital, he said.

Those killed include civilian and military personnel, and six others were wounded in the attack, Kemtoz said. A car full of explosives was found nearby.

The Taliban also claimed that attack.

In the southern Kandahar province, two explosions inside the governor's compound killed five people and wounded another 12, including Gov. Homayun Azizi, his spokesman said. The spokesman, Samim Khpolwak, who was lightly wounded, said it was not yet clear what caused the blasts.

An attack within the heavily guarded compound would indicate a major security breach.