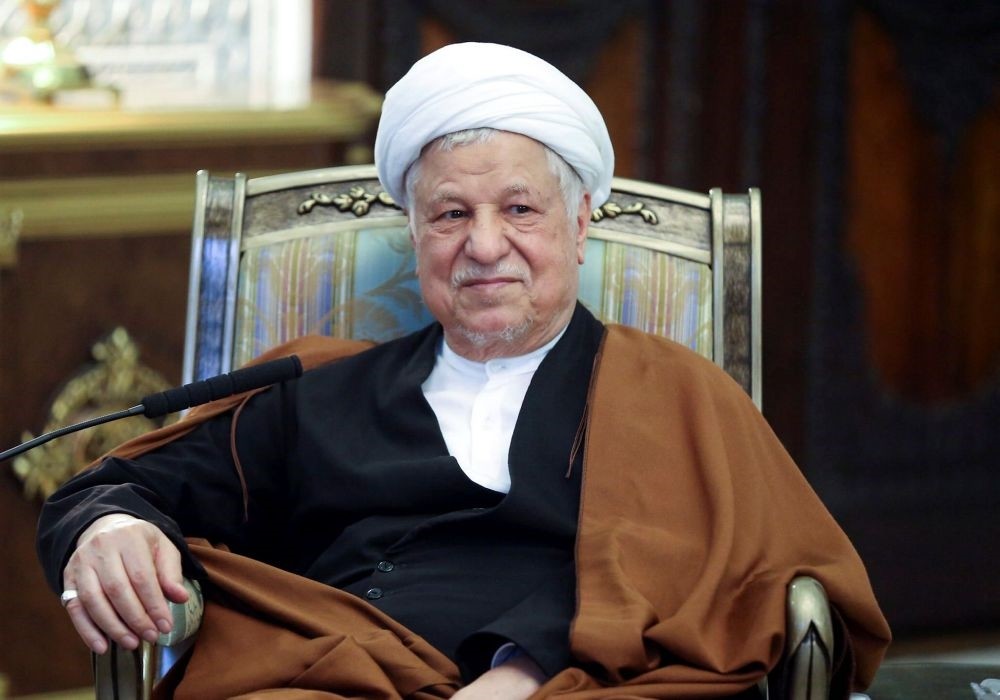 The former Iranian president Akbar Hashemi Rafsanjani, a pivotal figure in the foundation of the Islamic republic in 1979.
by Compiled from Wire Services Jan 10, 2017 12:00 am
Mourners from all walks of life in Iran paid their respects Monday to the late Iranian leader Akbar Hashemi Rafsanjani following his death over the weekend at the age of 82.

President Hassan Rouhani and his administration visited the mosque in northern Tehran where Rafsanjani's body was brought. Mourners, including Rafsanjani's family members, wept at the sight of his coffin, reaching out to touch it.

Newspapers in Iran published front-page photographs of Rafsanjani, who died Sunday after suffering a heart attack, while state television aired archival clips of his comments and speeches. The country is observing three days of mourning, and Rafsanjani's funeral is set for Tuesday. Parliament speaker Ali Larijani paid tribute to the late leader at the start of Monday's session. He described Rafsanjani as "a man for hard days whose name has been always accompanying revolution and it will always be so." Tehran residents also expressed their grief at the loss of Rafsanjani.

"I don't know who is going to fill his place. He kept Iran safe from hard-liners for so long," Maziar Rezaei, a real estate agent, told The Associated Press.

Zahra Qorbani, a tailor, said she was worried about her children's future. She described the late leader as a "man who always tried to fix Iran's relations with neighbors and the world."

The life of Rafsanjani, known as a political survivor, spanned the trials of Iran's modern history, from serving as a close aide to Ayatollah Ruhollah Khomeini during the 1979 Islamic Revolution to acting as a go-between in the Iran-Contra deal. He helped found Iran's contested nuclear program, but later backed the accord with world powers to limit it in exchange for sanctions relief.

Rafsanjani served as president from 1989 to 1997, during a period of significant changes in Iran. At the time, the country was struggling to rebuild its economy after a devastating 1980s war with Iraq, while also cautiously allowing some wider freedoms, as seen in Iran's highly regarded film and media industry.

His image, however, also had darker undertones. He was named by prosecutors in Argentina among Iranian officials suspected of links to a 1994 bombing of a Jewish center in Buenos Aires that killed 85 people. Some Iranian reformers accused him of involvement in the slaying of liberals and dissidents during his presidency - charges that he denied and that were never pursued by Iranian authorities.
RELATED TOPICS