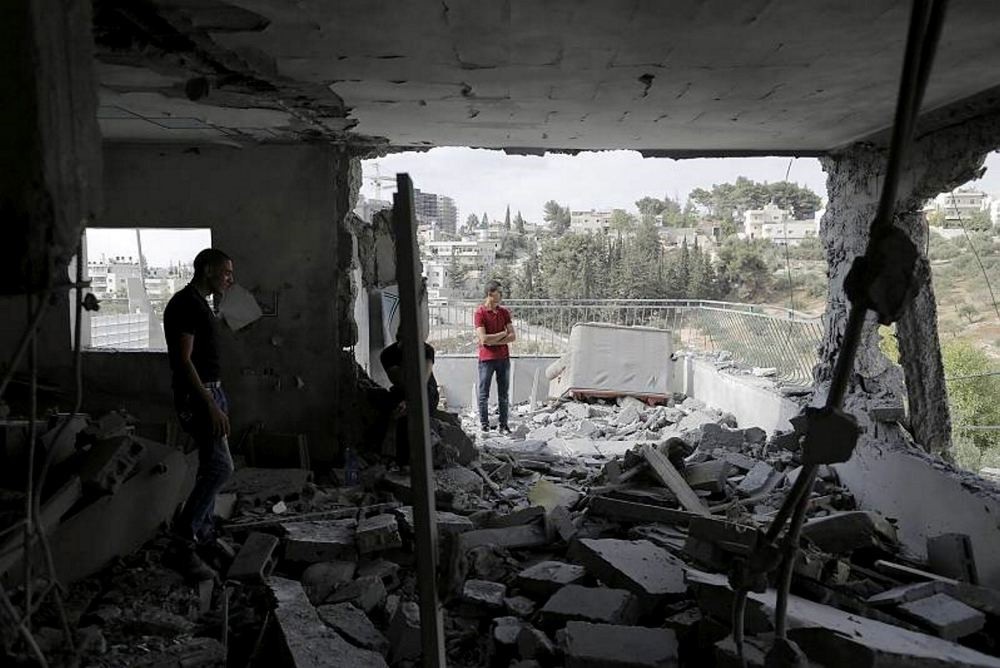 2016 turned out to be a record year for Israeli home demolitions in East Jerusalem as more than 1,200 Palestinians were left homeless, a U.N. report reveals

In the first week of 2017, Israel demolished 65 structures and seven rainwater cisterns in the West Bank, two other homes in East Jerusalem. As a result, more than 200 people have been left homeless. Despite all the warnings voiced by the international community against the demolitions and new illegal settlements, Israeli authorities audaciously followed through with plans, forcing Palestinians to flee. Israeli security officials claimed the Palestinians did not have permission to have homes in certain areas although Jerusalem and the West Bank belong to the Palestinian Authority, according to the Oslo Accord.

The demolition came after a U.N. Security Council resolution, condemning the settlements after the U.S. abstained. Outgoing U.S. President Barack Obama, who has spoken critically of the settlements, in an interview with an Israeli TV channel warned that "unfettered support" for the new settlements would worsen the situation, saying: "If the notion is that unfettered support for Israel or more specifically support for the [Israeli Prime Minister Benjamin] Netanyahu government's policies — no matter what they are, no matter how inimical they may be to the prospects for peace — if that's what qualifies as a good friend, then I think that we will see a worsening situation over time," Obama said.

The Arab citizens of Israel also called for a general strike against the demolition: "The High Follow-Up Committee for Arab Citizens, which represents Palestinians living in Israel, called for the strike in response to the demolitions, which were carried out on Tuesday. In a statement, the committee held Netanyahu personally responsible for the demolition of the homes, which the Israeli authorities claim were built without permits,"Anadolu Agency (AA) reported. Yasser Makhlouf, whose family reportedly had five buildings destroyed Tuesday, told the Arab48 that "These vengeful orders of the government target all Arabs and these actions incite violence. This is a clear declaration of war against the Arab society." However, Netanyahu wrote on Facebook, "I am not deterred by the criticism and as I have directed we are continuing to implement equal enforcement in Israel...Home demolitions must be egalitarian. The same law that necessitates the evacuation of Amona, necessitates the evacuation of illegal construction elsewhere in our country... I will enforce Israeli law in the Negev, in Wadi Ara, in Galilee, in the center – all over the country." Public Security Minister Gilad Erdan also supported the demolition, saying: "The complex operation expresses the equal application of law enforcement in Israel, as enforcement should be."

Since 2009, thousands of structures have been destroyed in the West Bank and East Jerusalem. At least 50,000 people have been displaced. Although Israel claims the structures are destroyed due to permission-related problems, it is a fact that mostly new settlements are built on those lands.
Last Update: Jan 12, 2017 1:12 am
RELATED TOPICS