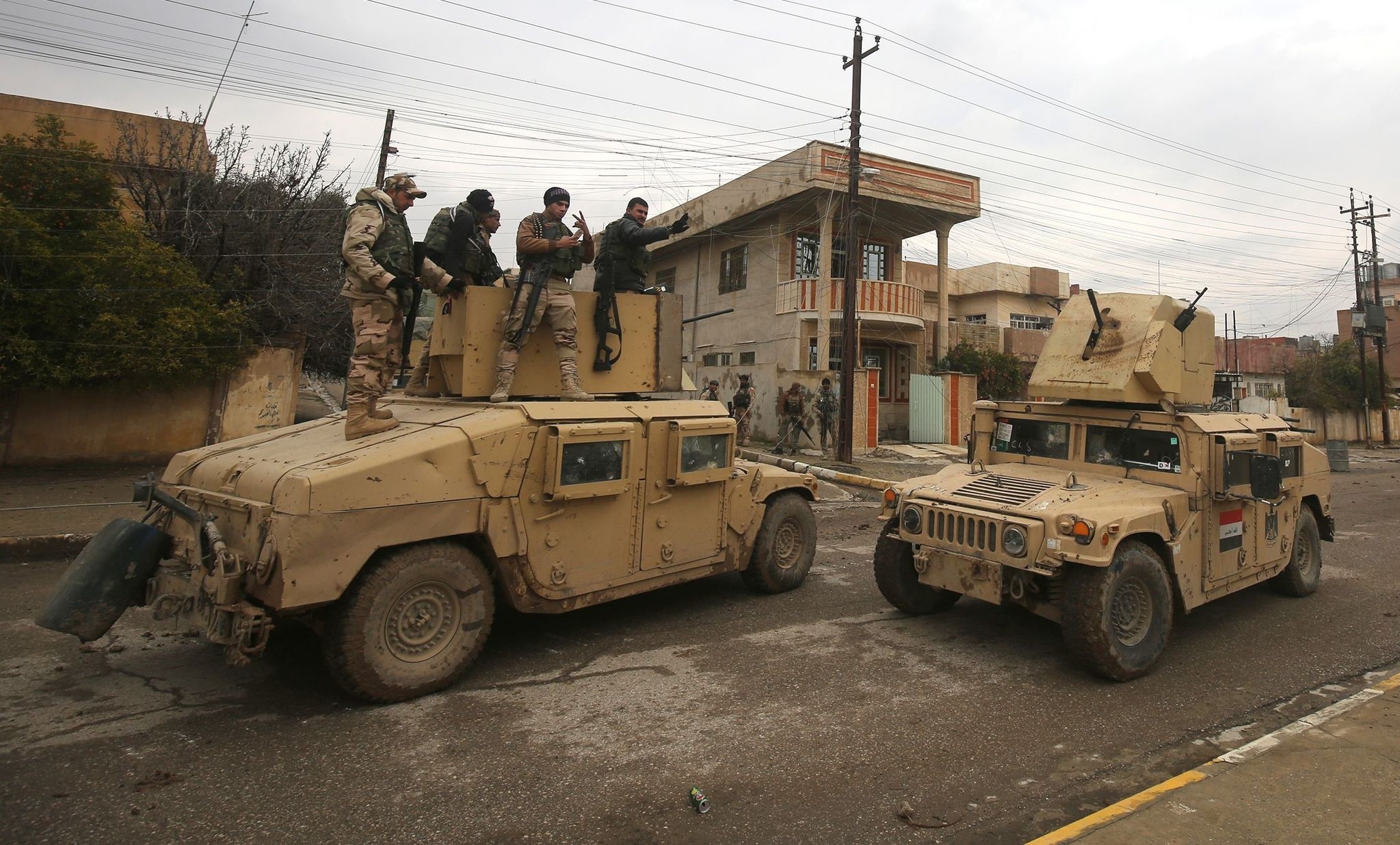 Iraqi forces patrol the Arabi neighbourhood north of Mosul after recapturing it from the Daesh on January 22, 2017. (AFP Photo)
by Compiled from Wire Services Jan 23, 2017 12:00 am

Iraqi forces have taken complete control of the eastern side of Mosul, dislodging Daesh militants from the last pocket they held east of Tigris river, the defense ministry said on Monday.

"The armed forces succeeded in liberating the left bank of the city of Mosul completely, after inflicting heavy losses in lives and equipment to the enemy," the ministry said in a statement on its website.

Abadi "announces the total liberation of the west side of Mosul", state television reported.

Iraqi forces launched a U.S.-backed campaign in October to retake Mosul from the hardline group, which captured the city in 2014, declaring from its Grand Mosque a "caliphate" that also spanned parts of Syria.