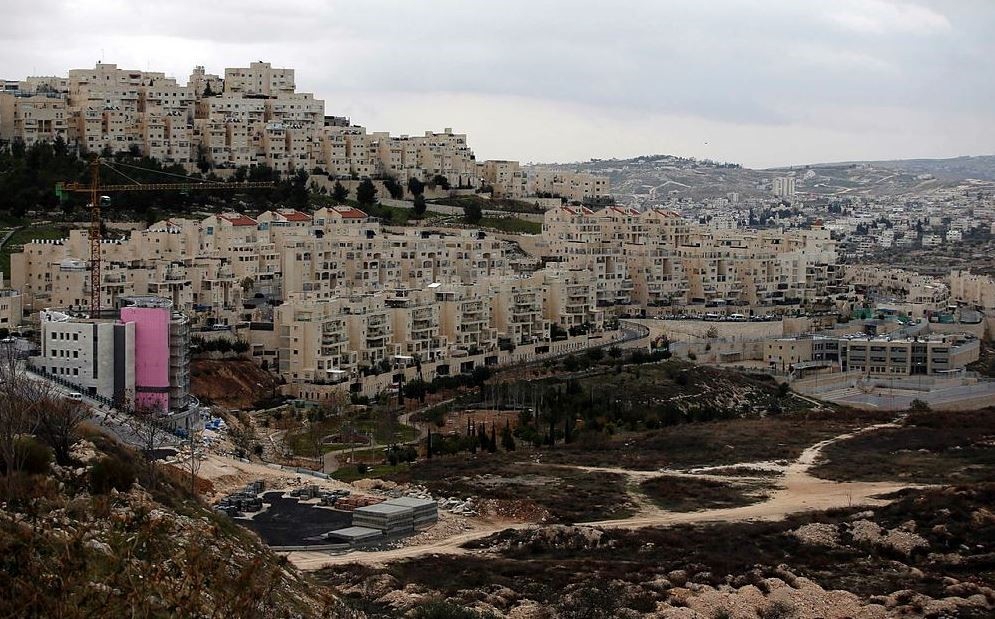 A picture taken on Jan. 26, 2017 shows new apartments under construction in the Israeli settlement of Har Homa (foreground-L) situated in East Jerusalem, in front of the West Bank. (AFP Photo)
by Compiled from Wire Services Feb 01, 2017 12:00 am

Israeli officials have approved the construction of 3,000 new settlement units in the West Bank as part of a massive expansion policy in occupied Palestinian territory.

According to the statement, 2,000 of the units are ready to be put on the market, while the rest are in various stages of planning.

"We're in a new era where life in Judaea and Samaria (the West Bank) is returning to its natural course," said Lieberman, who himself has long lived in a West Bank settlement.

Since Trump took office with top aides sympathetic to the settlement enterprise, the government has announced a string of new projects that will add more than 6,000 homes for Jewish settlers.

On Jan. 22, Jerusalem's municipality approved the construction of 566 new settlement units in east Jerusalem. The plans, approved by Netanyahu and Lieberman, mark the largest recent announcement of settlement building by Israel.

"We are building and will continue to build," Netanyahu said in the statement.

On Jan. 24, Netanyahu approved the construction of 2,500 new settlement units in the occupied West Bank, according to a statement issued by his Office.

"I'm going to deliver permits for thousands of homes in Jerusalem in the coming months," Jerusalem Deputy Mayor Meir had said at the time.

Meanwhile, Trump has pledged strong support for Israel, and Netanyahu's government has moved quickly to take advantage. The prime minister has said he sees the Trump presidency as offering "significant opportunities" after facing "huge pressures" from Barack Obama.

The accelerated settlement expansion has deeply concerned those seeking to salvage a two-state solution to the Israeli-Palestinian conflict.

The former Obama administration despaired of Israel's accelerating settlement expansion and, in a sharp break with longstanding policy, withheld its veto on a critical U.N. Security Council resolution in its final days.

The international community considers all Jewish settlements on occupied Palestinian land as illegal and regards their construction as the biggest obstacle to a peaceful settlement of the conflict.

But in a significant break with the Obama administration, Trump's White House has not condemned any of the four settlement expansions announced by Israel since he took office.

International law views the West Bank and east Jerusalem as "occupied territories" and considers all Jewish settlement-building activity on the land as illegal.