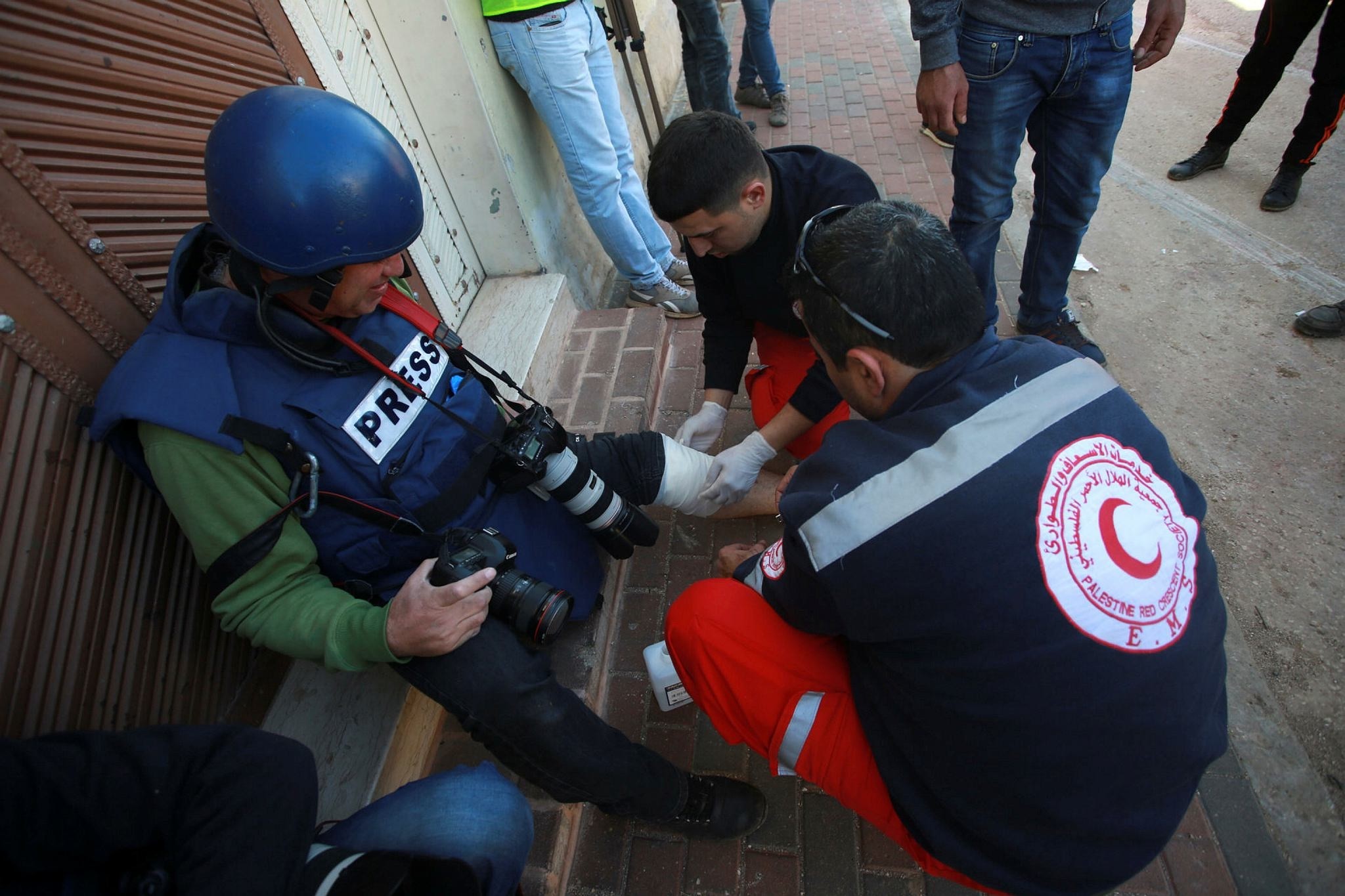 A freelance journalist working for Anadolu Agency was shot in the foot by a rubber bullet fired by Israeli police officers. The photojournalist was covering a weekly protest against the separation barrier in the northern West Bank when he was shot.

According to a written statement by a local NGO, the Committee Against The Wall and Settlements, the Israeli police used tear gas and rubber bullets to disperse the crowd in the Palestinian town of Kafr Qaddum.

Nedal Eshtayah was among the photojournalists covering the weekly protest when he was hit.

Dozens of Palestinian demonstrators were also affected by the gas, the statement added.