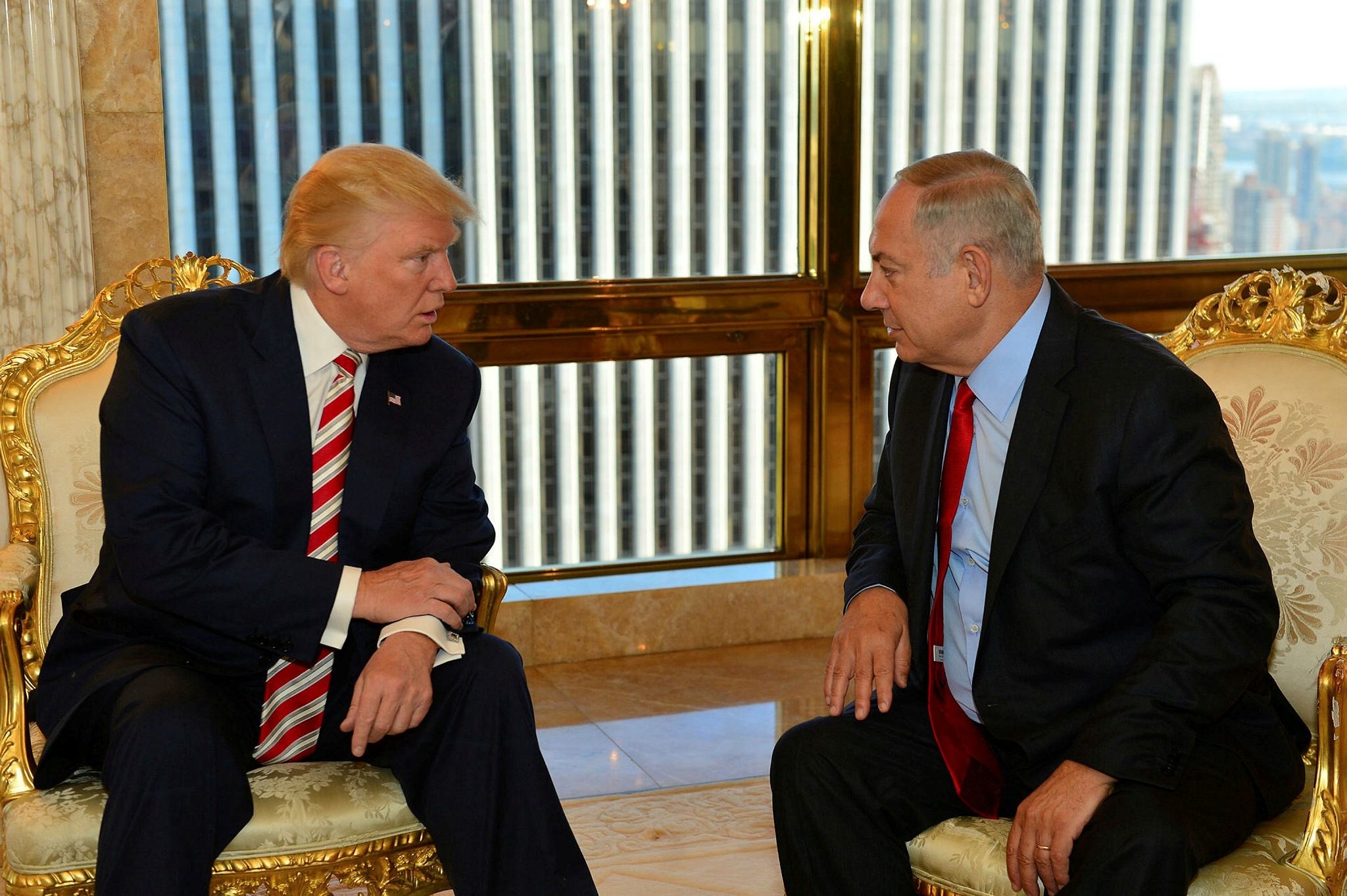 Ahead of the White House meeting, Israeli Prime Minister Netanyahu revealed the details of his phone call with U.S. President Trump, saying he favors pursuing a two-state solution

On the eve of the first meeting since the Republican's inauguration last month, Israeli Prime Minister Benjamin Netanyahu said U.S. President Donald Trump "believes in a [peace] deal" between Israel and Palestinians during Sunday's cabinet meeting, as reported by Israeli newspaper Hareetz.

"Trump believes in a deal and in running peace negotiations between Israel and Palestinians. We should be careful and not do things that will cause everything to break down. We must not get into a confrontation with him," Netanyahu told his ministers, revealing the details of his phone call with Trump on Jan. 22, two days after his inauguration.

Netanyahu said at the cabinet meeting that strengthening Israel's ties with its historic ally "requires a responsible and considered policy, and that is how I intend to act." Israeli Prime Minister Benjamin Netanyahu, who warmly welcomed Donald Trump's election as U.S. president, will visit the White House tomorrow with the Israeli-Palestinian conflict and policy towards Iran on the agenda. His comments may have been aimed at education minister and staunch settlement backer Naftali Bennett, of the far-right Jewish Home party. On Sunday, Bennett urged Netanyahu "not to miss an historic opportunity" provided by Trump's election and to drop his declared support for a two-state solution to the Israeli-Palestinian conflict. "Netanyahu, please make it clear to Trump in our name: There will not be a Palestinian state in the heart of our land," he wrote on Twitter. "It will not happen.

During his 2016 election campaign, Trump indicated his presidency would be a boon for Israel and tough on Palestinians, after an acrimonious relationship between his predecessor Barack Obama and Netanyahu that included clashes over settlement building and Iran's nuclear program. Trump talked of moving the U.S. Embassy to Jerusalem, naming an ambassador who backs Israeli settlement on occupied land which Palestinians seek for a state and exerting no pressure on Israel for peace negotiations, which collapsed in 2014.

The prospect of a Trump rethink challenges the hopes of the settler lobby, a driving force in Netanyahu's right-wing coalition government, and others on the Israeli right who want to see at least partial annexation of the West Bank. In an interview published on Friday in the pro-Netanyahu daily Israel Hayom, Trump said settlement growth was not "good for peace." Netanyahu has announced more than 5,000 settlement homes since Trump's Jan. 20 inauguration, as well as the first new settlement in more than 20 years. Around 600,000 Israelis currently live in settlements in the occupied West Bank and east Jerusalem.