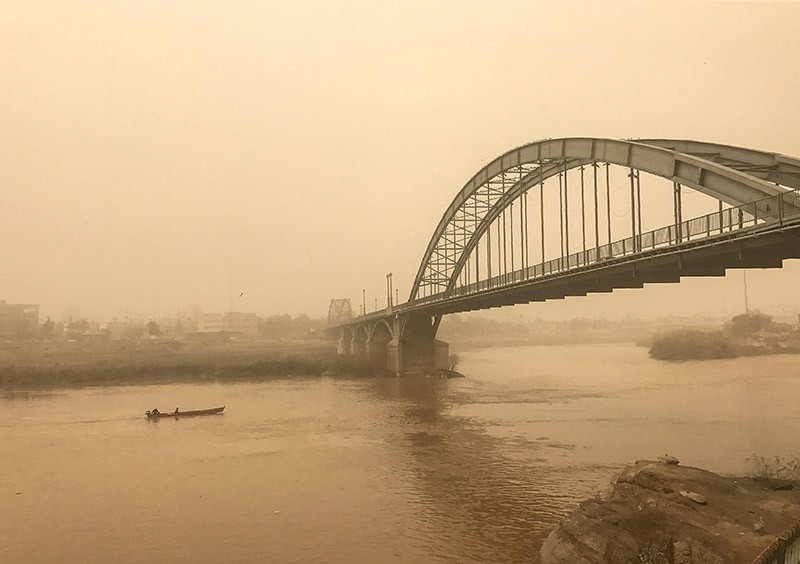 Protests against electricity and water cuts, as well as heavy air pollution, are ongoing in the southwestern Iranian city of Ahwaz, which has an Arab-majority, situated in the resource-rich Khuzestan province.

Sunday marked the sixth consecutive day of protests, and reports indicated that Tehran deployed riot police and members of the Revolutionary Guards to curb unrest in the city located near the border with Iraq, with protests spreading to other cities of Khuzestan province.


Iranian authorities cut the internet to prevent the protests from spreading further and declared all protests illegal, the New York Times reported on Sunday.

Iraqi media outlets reported that the Iranian state also closed the road to the Ahwaz International airport out of fear that the Arab protestors could take control of the building.


Protestors also denounced high unemployment in their oil-rich region. Khuzestan is home to an Arab minority that claims to be the victim of unequal treatment on the grounds of ethnic affiliation by state authorities.

In 2005 and 2011, Ahwaz residents had organized protests, which were labeled ''Arab separatism'' by Iranian authorities. The government's violent crackdown left dozens of dead, and in the aftermath, some leading figures of the protests were convicted to death and executed by the Iranian regime.

The World Health Organization (WHO) named Ahwaz as the most polluted city in the world in 2015.