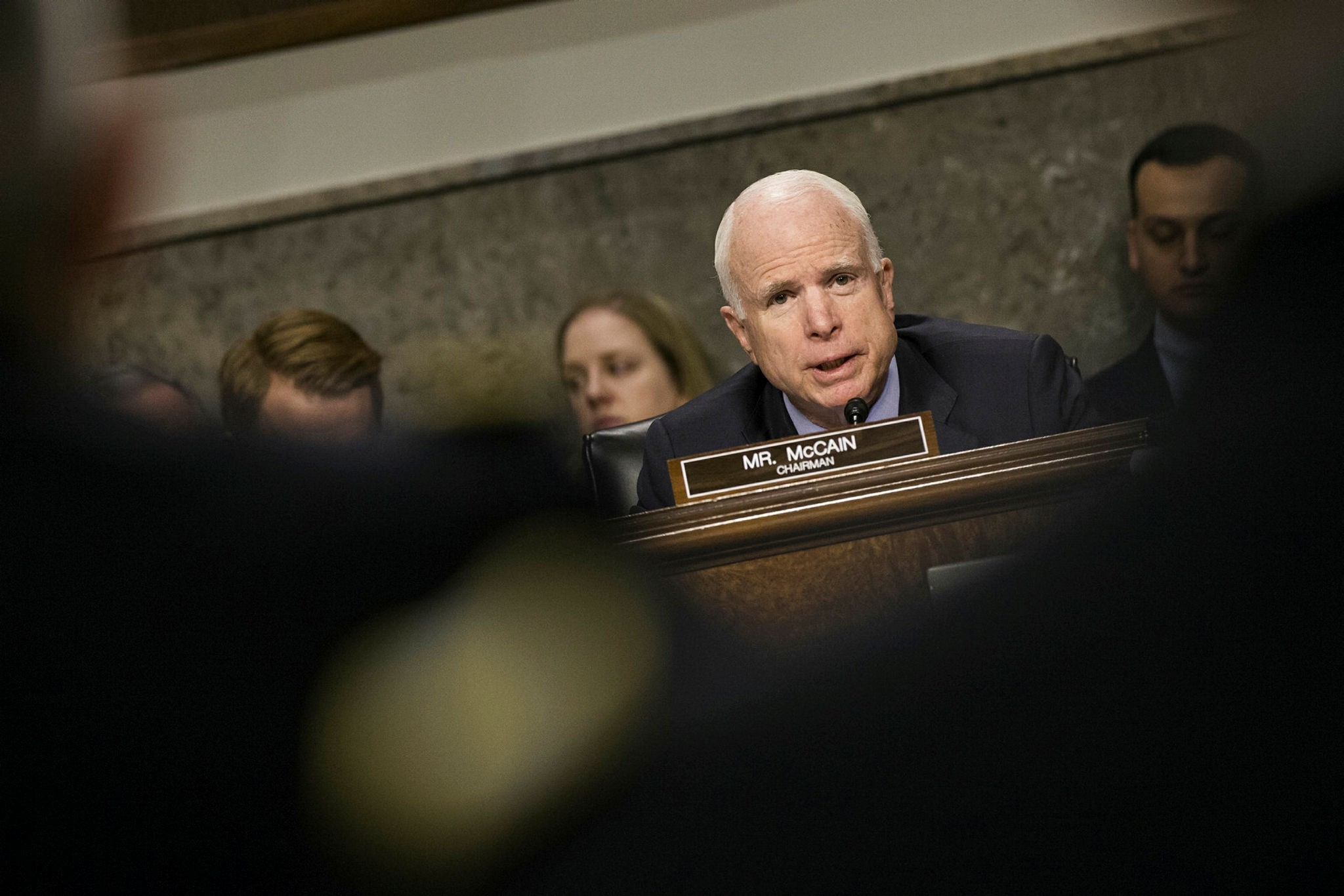 United States Rep. Senator, John McCain, who met with President Recep Tayyip Erdoğan in Ankara on Monday, has announced that he went to Syria before coming to Turkey.

A spokeswoman from his office said that the visit was an important opportunity for the senator to assess the dynamic situation in Iraq and Syria.

"President Trump has rightly ordered a review of US strategy and plans to defeat Daesh. Senator McCain looks forward to working with the administration and military leaders to optimize our approach for accomplishing Daesh's lasting defeat," the statement continued.

American newspaper, the Wall Street Journal, first reported that McCain met with American troops as well as with officials from the Democratic Union Party (PYD). Turkey considers the group, which shares organic ties with the PKK, as a terrorist organization.

There are currently about 1,500 American Special Force soldiers stationed in Syria.