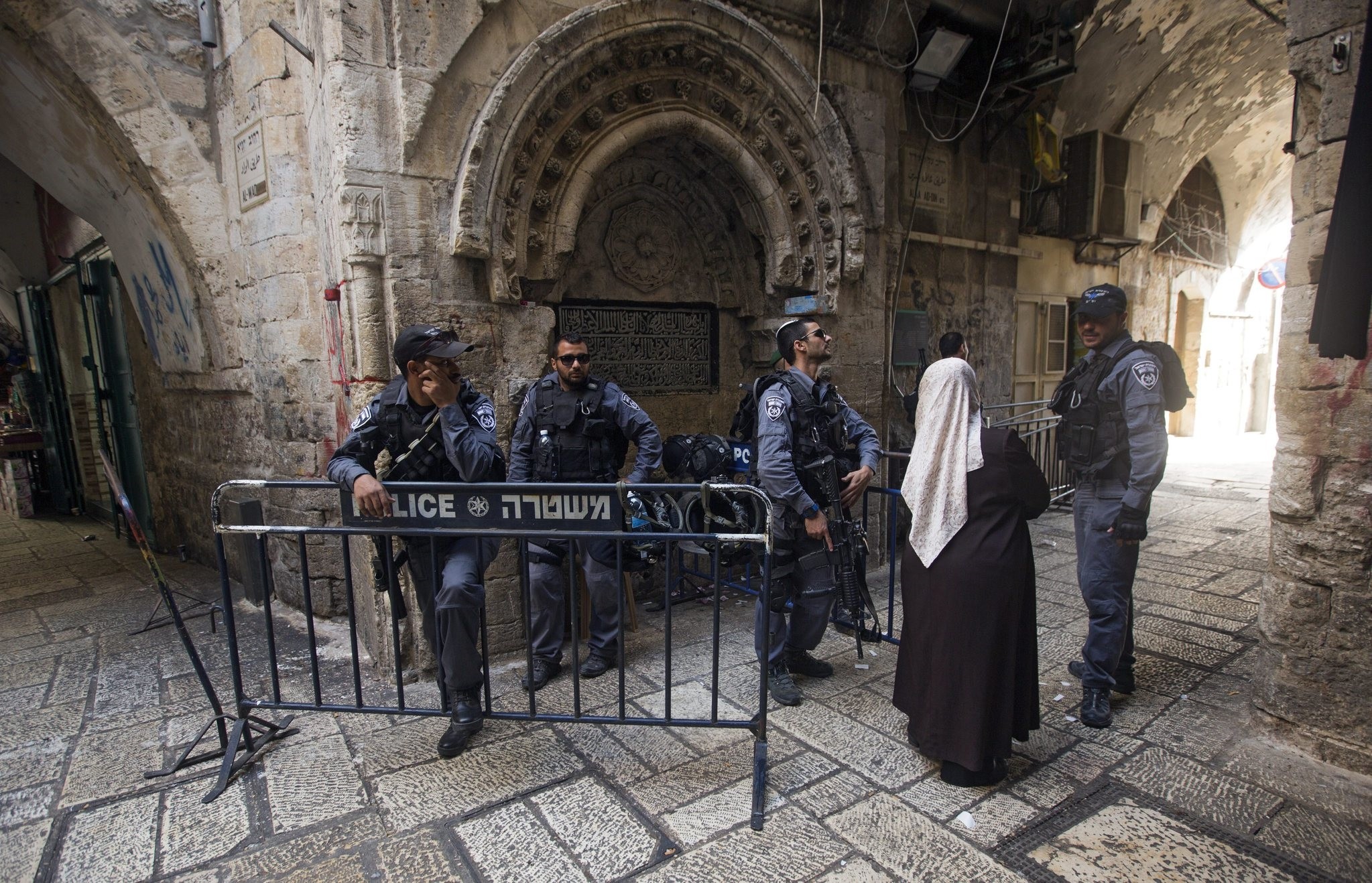 "The placement of a glass room inside the courtyard of the Al-Aqsa Mosque complex is a first step toward the spatial division of the mosque," Ahmad al-Ruwaidhi, the OIC's representative in Palestine, said at a Wednesday press conference.

The move, he asserted, "follows the imposition of a temporal division [by Israel] in the form of daily incursions [into Al-Aqsa] by Jewish settlers".

What's more, the move reveals "Israel's intention to dedicate a place for Talmudic rituals inside the Al-Haram al-Sharif," al-Ruwaidhi said, using the Arabic term for the Al-Aqsa Mosque.

The OIC representative also warned of the dangers posed by Israeli excavations that are reportedly being carried out under the holy site.

In light of these excavations, al-Ruwaidhi said, "we fear the Al-Aqsa Mosque could collapse in the event of a natural - or artificial - earthquake".

Sheikh Muhammad Hussein, the grand mufti of Jerusalem, for his part, reiterated the Islamic identity of Jerusalem and the Al-Aqsa Mosque.

"Claims put forward this week by the Israeli magistrate's court - that Al-Aqsa is a holy place for Jews - is completely false and not supported by evidence," he said.

Some extremist Jewish groups have called for the Al-Aqsa Mosque's destruction so a Jewish temple might be built in its place while most Palestinians see the division plans as a step to build the mythical temple in an effort to replace Al-Aqsa.

The Islamic Movement leader Raed Salah previously warned that Israel attempts to use the same method used in the division of the Al-Ibrahimi Mosque into a Muslim section and a Jewish section to the Al-Aqsa mosque.

In late 2000, a visit to the site by Israeli politician Ariel Sharon sparked what later became known as the "Second Intifada", a popular uprising against Israel's decades-long occupation in which thousands of Palestinians were killed.

Israel occupied East Jerusalem during the 1967 Middle East War. It later annexed the city in 1980, claiming it as the capital of the Jewish state in a move never recognized by the international community.