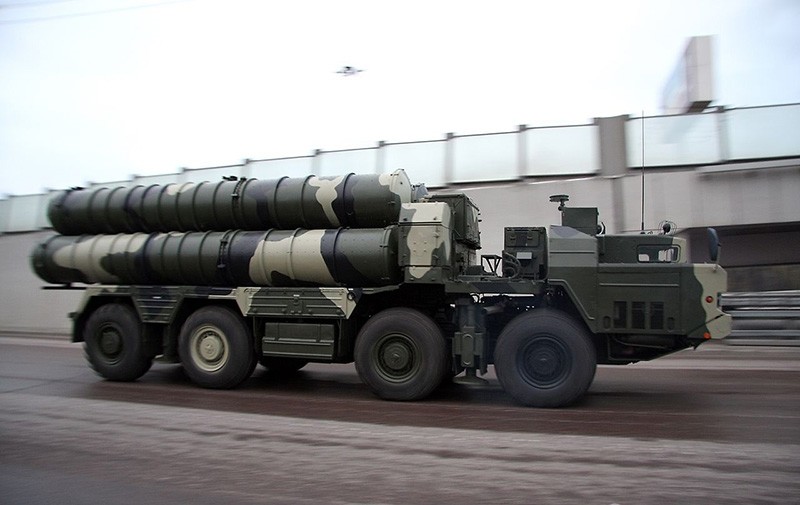 Iran had been trying to acquire the system for years to ward off repeated threats by Israel to bomb its nuclear facilities, but Russia had held off delivery in line with UN sanctions imposed over the nuclear program.

The report said the test of the S-300 system came during a recent military exercise named Damavand, the name of Iran's highest mountain.

It said the test targeted various flying objects including missiles and drones. With a range of up to 200 kilometers (125 miles) the S-300 is capable of simultaneously tracking and striking multiple targets.

State TV aired footage of the missiles launching from the back of trucks. It said the test was carried out in Iran's central desert.

Air defense commander General Farzad Esmaili told the television that a domestically manufactured air defense system dubbed Bavar 373 which was "more advanced than the S-300" would be tested very soon.

"The S-300 is a system that is deadly for our enemies and which makes our skies more secure," he said.

Iran's activation of the defense system comes amid mounting tensions with the new US administration of President Donald Trump, who imposed sanctions after Iran tested a medium-range ballistic missile in January.

Russia delivered the S-300 system to Iran in 2016, nearly 10 years after the initial contract had been signed. Iran signed the $800 million contract to buy the S-300 missile system in 2007, but Russia suspended their delivery three years later because of strong objections from the United States and Israel.

In 2016 a landmark nuclear deal between Iran and world powers went into practice under which Iran limited its nuclear activities in return for the lifting of sanctions.

In August, state television aired footage of the system being installed around the Fordo nuclear site in a mountain near Qom, south of the capital.