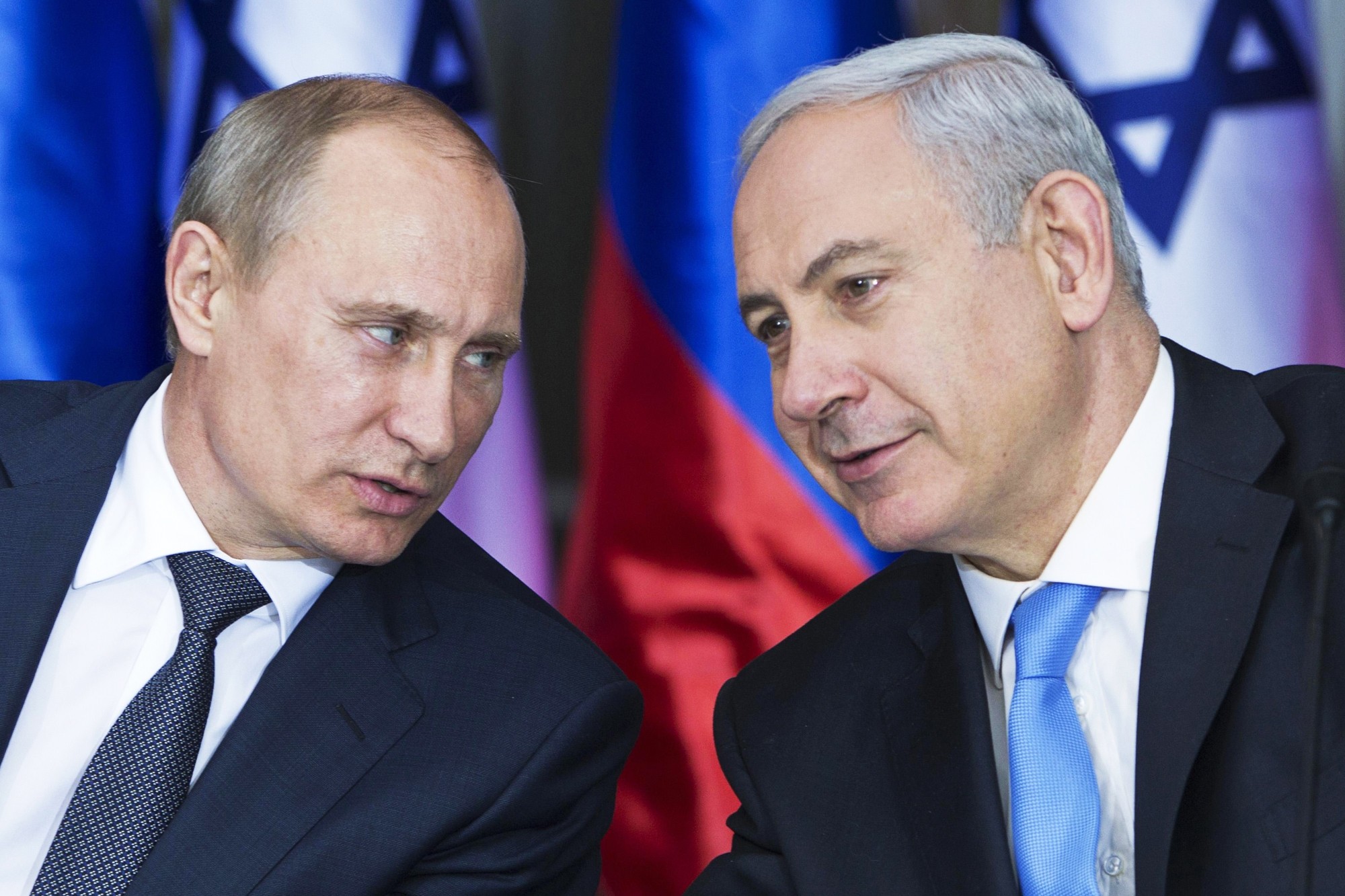 Amid concerns over whether Syria's civil war will result in Iran having increased power in the Middle East, Israeli PM Netanyahu will meet Russian President Putin this week in Moscow to press for a limit to Iran's influence in Syria

Israeli Prime Minister Benjamin Netanyahu said he would meet Russian President Vladimir Putin in Moscow on Thursday to voice opposition to what the Israeli leader charged were Iran's attempts to establish a permanent military foothold in Syria.

"In the framework of a (future peace agreement) or without one, Iran is attempting to base itself permanently in Syria - either through a military presence on the ground or a naval presence - and also through a gradual attempt to open a front against us on the Golan Heights," Netanyahu told his cabinet in public remarks on Sunday. "I will express to President Putin Israel's vigorous opposition to this possibility," he said.

Iran's heavy involvement in Syria seemingly disturbs Israel as Iran has gained a considerable position in the region. Since the war broke out, Israel has supported Bashar Assad's removal and made warnings about the advancement of Iran and its proxies. The former U.S. President Barack Obama has been very reluctant to make any step to change the war's fate but started supporting the PKK's Syrian branch under the pretext of waging war against Daesh. When Turkey launched a military operation against Daesh, there was no U.S. support. In addition, while Iran has been strengthening its position in Syria, U.S.-Israeli relations have run aground over the disputes between Obama and Israeli Prime Minister Benjamin Netanyahu.

It needs to be noted that While Russia and Israel share similar concerns in the region, Russia's close cooperation with Iran is likely disturbing Israel. Yet, Turkey and Israel are in a very similar position when it comes to the war in Syria. Both of the countries want Assad to leave the post and Iran to stop supporting Shiite militants. Iran has helped the Assad regime throughout the war, dispatching thousands of soldiers, mobilizing the Hezbollah group and delivering millions of dollars, despite its troubled economy due to international sanctions.

Israel seized 1,200 square kilometers (460 square miles) of the Golan from Syria in the Six-Day War of 1967 and later annexed it in a move never recognized by the international community. Israel opposes Assad, but has sought to avoid being dragged into the Syria's civil war. However, it has carried out strikes there to stop arms deliveries to the Lebanese militia Hezbollah, which fights alongside Assad's forces. Israel fought a war against Hezbollah in 2006.

Israel and Russia have drawn closer together in recent years. Putin and Netanyahu last met in June 2016, when Putin called Israel a "key country" for the Middle East. They agreed to set up a "hotline" to avoid accidental clashes between their forces, and the Israeli premier said further discussions would be held on the issue this week. During a visit to Jerusalem in November, Russian Prime Minister Dmitry Medvedev spoke of a "close friendship" between the two countries. However, Russian-Israel relations have been overshadowed by Moscow's alliances with Syria and Iran, which are both enemies of Israel.