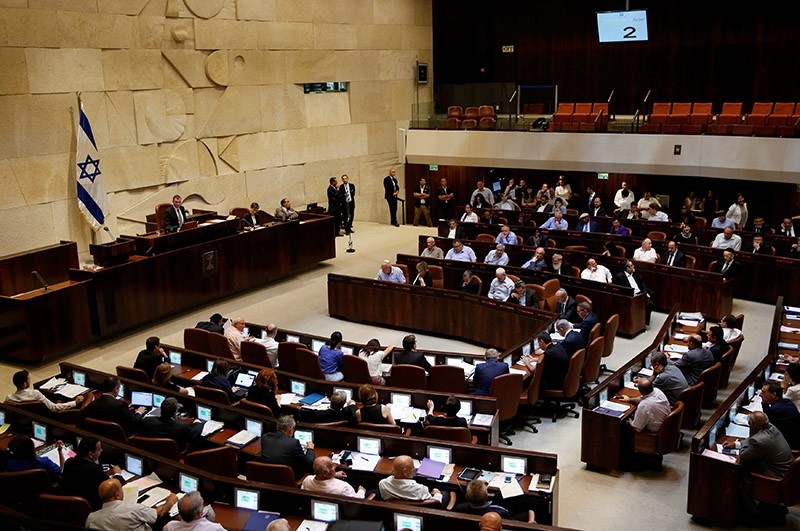 The Knesset (Israel's parliament) on Wednesday approved a preliminary reading of a controversial bill that would ban the use of loudspeakers to amplify the Muslim call to prayer (adhan).

The reading was approved by a vote of 55 to 45 in a tumultuous session during which Arab lawmakers shouted "Allahu Akbar!" ("God is great!") inside the assembly.

The draft legislation aims to stop mosques from using loudspeakers to amplify the Muslim call to prayer in Israel and Israeli-occupied East Jerusalem from 11pm to 7am.

The bill imposes fines on violators ranging between the equivalent of $1,300 and $2,600.

Second and third readings of the draft law must still be approved by the Knesset before it becomes law.

Arab lawmaker Ahmad al-Tibi condemned the vote, saying: "The sound of 'Allahu Akbar' will continue to be heard in spite of [Prime Minister Benjamin] Netanyahu and the [Israeli] extreme right."

In a symbolic move, Ayman Odeh, head of the Knesset's Arab Joint List, tore up the draft legislation before being asked to leave the assembly.

"This is a racist law that comes as part of the systematic persecution of [Israel's] Arab citizens and the Arabic language," Odeh later declared.

He went on to assert that Arab-Israelis would not comply with the law -- even if it was approved by the Knesset in its second and third readings.

"We will not respect this law," the lawmaker said. "The adhan was here before the racists arrived and will remain after they leave."