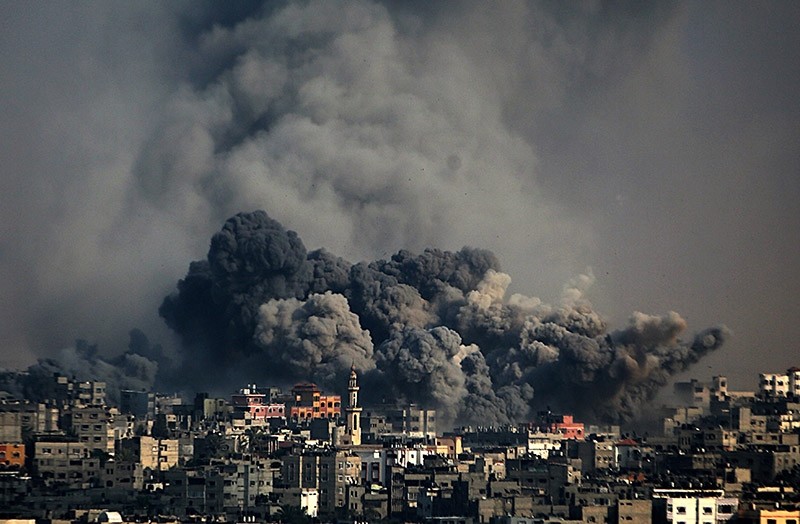 Smoke rises after an Israeli airstrike in Al Shejaeiya neighbourhood during a military operation in eastern Gaza City, 22 July 2014. (EPA Photo)
by Anadolu Agency Mar 16, 2017 12:00 am

"The two sites in the southern Gaza Strip belong to Hamas," the statement read.

"The raid came in response to a shell fired from the Gaza Strip that landed in an area of southern Israel Saturday evening," it claimed.

On Wednesday evening, the army claimed that a rocket fired from Gaza had landed in southern Israel without causing any damage or injuries.

No Palestinian factions have claimed responsibility for the rocket allegedly fired at Israel.