Israel rules Palestinians born in Jerusalem are residents, not ‘immigrants’ 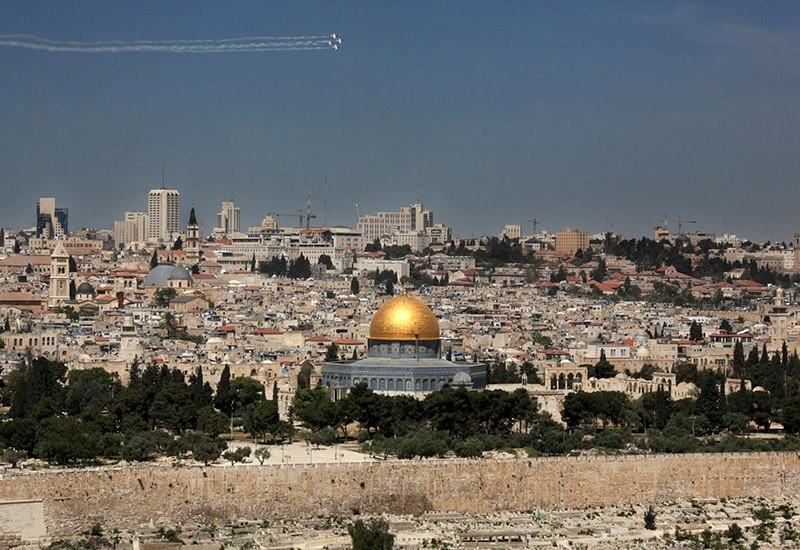 A file picture dated 18 April 2010 shows a view of the Old City of Jerusalem as seen form the Mount of Olives in East Jerusalem as an acrobatic Israeli flying team flys over the city. (EPA Photo)
by Daily Sabah Mar 17, 2017 12:00 am

Israel's top court recognized that Palestinians born in Jerusalem are native-born residents and not immigrants in a ruling Thursday.

According to the Yedioth Ahronoth daily, the Supreme Court ordered Israel to renew the residency of a Jerusalem born Palestinian, who was denied residency after living for many years in the United States.

The three high court judges ruled that native Palestinians of east Jerusalem "have a strong affinity" to the city, which should be reflected in their residency rights.

The latest ruling could also help others to protect their residency rights, as it is the first time an Israeli court recognized the special ties of Palestinians to their native city.

Israeli law foresees that Palestinians living in Jerusalem are referred to as "residents" and not "citizens." The residencies of those living abroad for more than seven years in a row are being automatically canceled.

As a consequence of this law, Israel has denied more than 14,000 Palestinians from east Jerusalem their status of permanent residents since 1967.