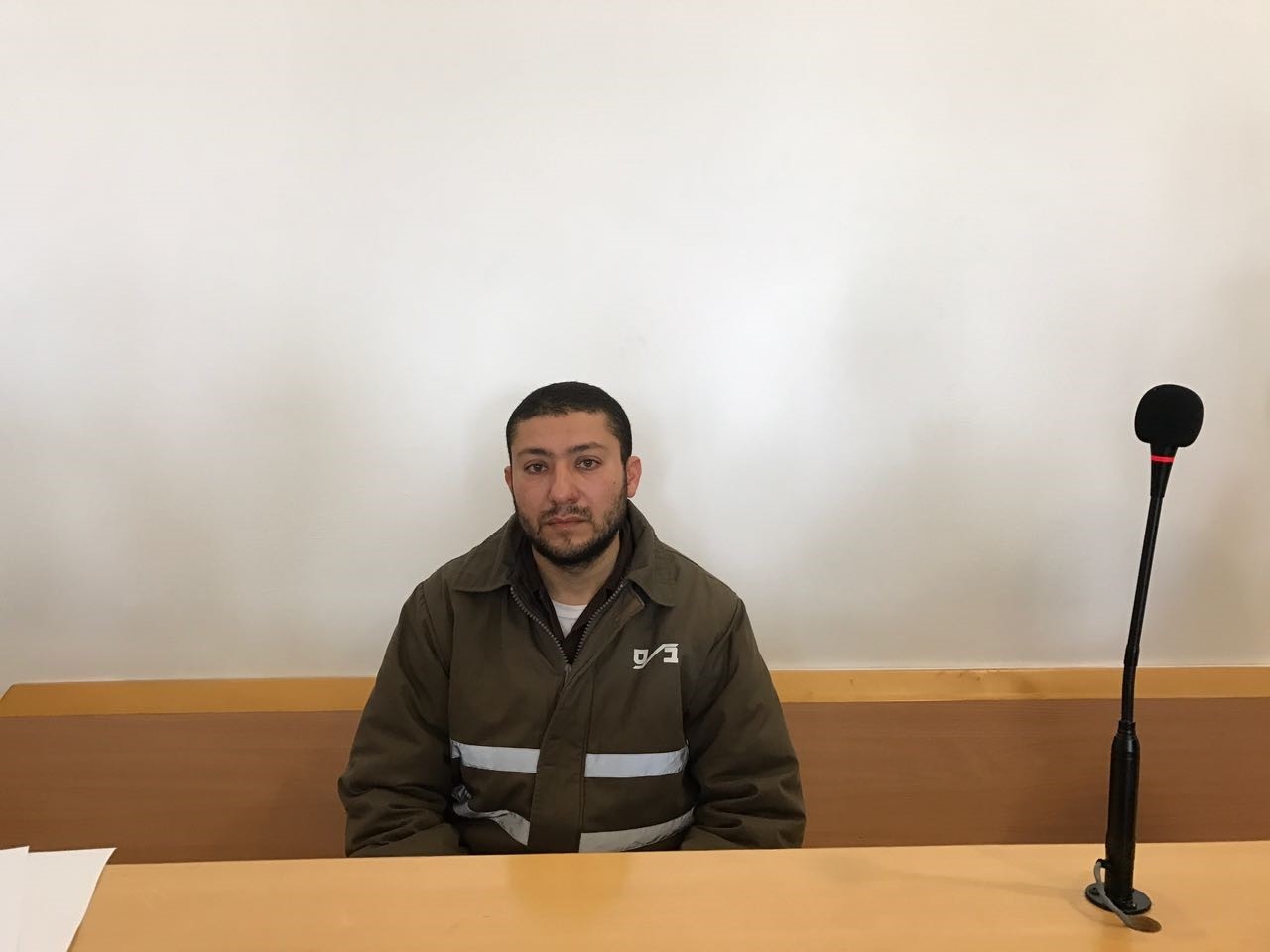 "According to basic legal principles, until he [the defendant] has been subject to due process, he is assumed to be innocent," ministry spokesman Hüseyin Müftüoğlu said.

On Feb. 12, Muhammad Murtaja was arrested at the Erez checkpoint between Gaza and Israel while traveling to Turkey to receive vocational training from his employers, the Turkish Cooperation and Coordination Agency (TIKA).

Murtaja has since been accused by the Israeli authorities of "cooperating with Hamas; being a member of an enemy organization; having contact with enemy spies; and plotting against state security".

"It is well known by both the public and host communities that TIKA adheres to collaborative and transparent principles in line with international standards," he added.

"It's out of the question that we would tolerate any attempt on the safety of the concerned parties," the spokesman continued.

"The matter must be investigated, whether or not the elements have a basis in the criminal charges released today," Müftüoğlu said.

"To adequately secure the rights of the person in question, all types of legal support will be procured," he asserted.

The spokesman added: "On behalf of the Turkish nation, TIKA will continue to carry out projects [in Palestine] with care and devotion with a view to eliminating the hardships that the Palestinian people -- especially those in Gaza -- have endured over 50 years of occupation."

Since Murtaja's arrest last month, the Turkish Foreign Ministry and the Turkish embassy in Tel Aviv have maintained diplomatic efforts to secure his release.

Married with four children, Murtaja has worked for TIKA in Gaza since 2012.

Lawyer Haleed Zeberqa denied late Tuesday "all the accusations" by Israel against Murtaja.

Muhammad Murtaja was arrested at the Erez checkpoint between Gaza and Israel while traveling to Turkey to receive professional training from his employers, the Turkish Cooperation and Coordination Agency (TIKA).

Details of his arrest had not been disclosed due to a gag order issued by Israeli authorities, but Israel's Shin Bet domestic security agency alleged in a statement Tuesday that Murtaja had been planning to gather information for Hamas about rocket-building.

"The investigation showed that Murtaja deceived TIKA by misusing the organization's resources and funds, which were intended for substantial humanitarian projects in the Gaza Strip, by diverting them to Hamas' military wing," Shin Bet asserted.

The agency also accused Murtaja of involvement in other elements of Hamas military activity, including the storage of weapons in his home and the use of funds -- intended for impoverished Gazans -- to pay Hamas fighters.

The lawyer, speaking to Anadolu Agency, strongly denied the claims.

"All the work of Murtaja were related to humanitarian aid projects. Nothing else," he said.

According to the lawyer, the Israeli authorities "have oppressed many international institutions in recent years which carried out relief works.

"Now, they target TIKA," he claimed.

Despite having obtained permission to enter Israel, Murtaja was taken into custody on Feb. 12 at Israel's Erez border crossing.

Since his arrest, the Turkish Foreign Ministry and Turkish embassy in Tel Aviv have maintained diplomatic efforts with a view to securing his release.

The lawyer said Israel "abuses the Murtaja case as a way of pressure on Turkish authorities".

The next hearing will be held March 30, he added.

Murtaja's case is not the first time Israel has applied pressure on international aid organizations operating in the Gaza Strip on the grounds they are "aiding and abetting Hamas".

Israeli rights groups, B'tselem, has faced accusations of "treason" for criticizing Israeli rights violations, while activists calling for a boycott of products made on illegal Israeli settlements were recently barred from entering the country.

But an Australian government investigation later found that the funds had not been diverted as had been claimed by Israel, Australia's ABC News reported Tuesday.

The news report quoted World Vision's top lawyer, Tim Costello, as saying Israel had not presented any evidence of its claims and that its own internal investigations had also failed to reveal any proof of the misuse of funding.

Since 2007, the Gaza Strip has suffered under a crippling Israeli-Egyptian blockade that has deprived residents of basic commodities, including food, fuel, medicine and building supplies.

According to a 2015 World Bank report, the decade-long blockade has cut Gaza's gross domestic product in half and led to one of the highest unemployment rates in the world.