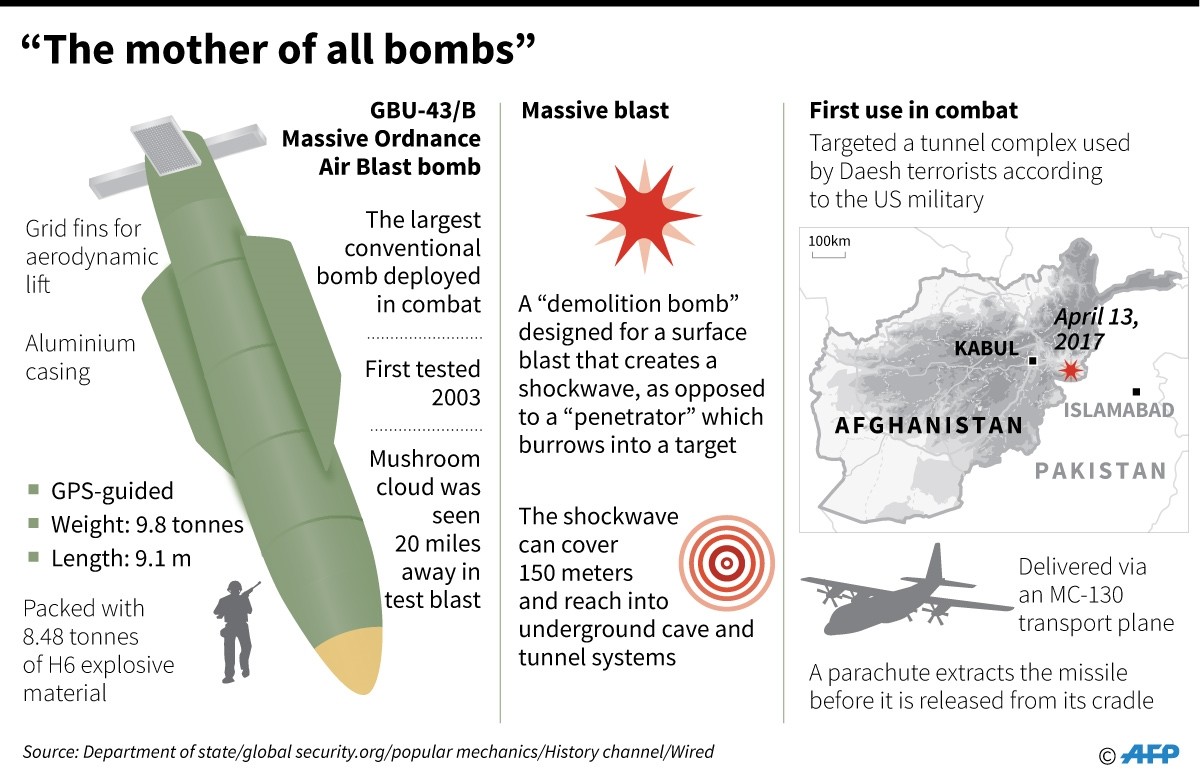 At least 94 Daesh terrorists including four key commanders were killed in Afghanistan after the US dropped its largest non-nuclear bomb on a cave complex in Nangarhar province, the provincial government said Saturday.

Local district chief Mohammad Ismail Shinwari said no civilian casualties were inflicted as civilians living in the area of the bombing had been evacuated by the Afghan military.

The target of the massive bomb was a Daesh command centre hidden in a mountainous area that was hard to destroy with conventional bombs. A 300 meter long tunnel, along with large amounts of light and heavy weapons and munition were destroyed in the bombing, the Afghan defence ministry said Friday.

"This is the right munition to reduce these obstacles and maintain the momentum of our offensive against ISIS-K," US General John Nicholson said in a statement after the bombing. 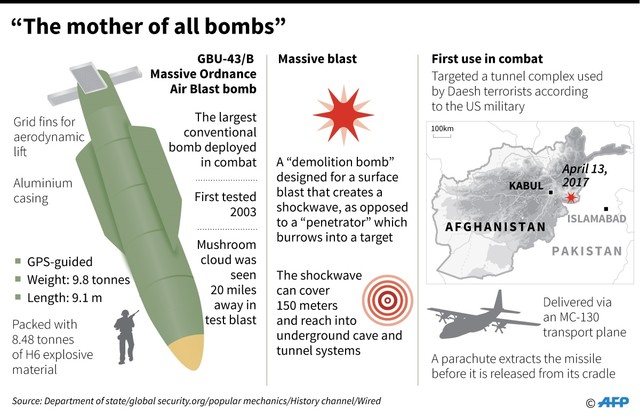 The GBU-43 bomb, which goes by the acronym MOAB for "massive ordnance air blast bomb," also known as the "mother of all bombs," was dropped on the tunnel complex in Achin from a US aircraft at 7:32 pm (1502 GMT) the Pentagon said.

The explosion was so large that it broke windows and shook the ground kilometers away.

"In my whole life I have never heard such (a)huge boom," Malik Mohammad, a tribal elder in Achin district told dpa Saturday.

Haji Mohammad Sadeq, another tribal elder said civilians in the immediate area of the Daesh hideout "left the area long ago," while others who remained were alerted by Afghan forces through mosques.

Nangarhar's Achin district is the birthplace of Daesh in Afghanistan. The organization announced the establishment of its Khorasan branch, covering Afghanistan and Pakistan, in January 2015.

It was the first time that Daesh had officially spread outside the Arab world.

The bomb, weighing nearly 10,000-kilogram, is guided by GPS and is the most powerful non-nuclear bomb that the United States possesses.