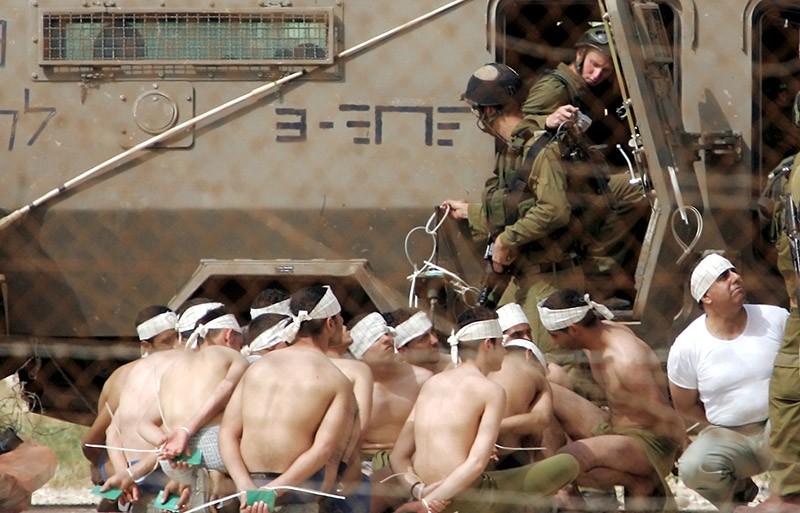 Long-term Palestinian prisoner Marwan Barghouti on Monday launched a mass hunger strike against Israel's detention policies, with more than 1,000 other prisoners joining him.

The open-ended strike has been launched to mark Palestinian Prisoners Day amid calls by detainees for the resumption of prison visits, better medical care and better treatment of female prisoners.

"I have been both a witness to and a victim of Israel's illegal system of mass arbitrary arrests and ill-treatment of Palestinian prisoners. After exhausting all other options, I decided there was no choice but to resist these abuses by going on a hunger strike," Barghouti, a leader of Fatah group, wrote in The New York Times on Monday.

Barghouti has spent 15 years in prison since being arrested by Israeli forces in 2002, during the Second Intifada, as leader of the ruling Fatah faction's military wing.

While Israel considers Barghouti a security threat, regular polls by the Palestinian Center for Policy and Survey Research consistently show he is the most favored figure among Palestinians to take over from President Mahmoud Abbas.

In a statement on Monday, Erekat said the PLO would continue to try to raise international awareness about the issue.

Palestinian rights groups have also organized protests in several cities to mark Palestinian Prisoners Day and show support for the hunger strikers, including in Jerusalem, Hebron and Ramallah.

According to Palestinian prisoner rights group Addameer, there are 6,300 Palestinian political prisoners in Israeli prisons.