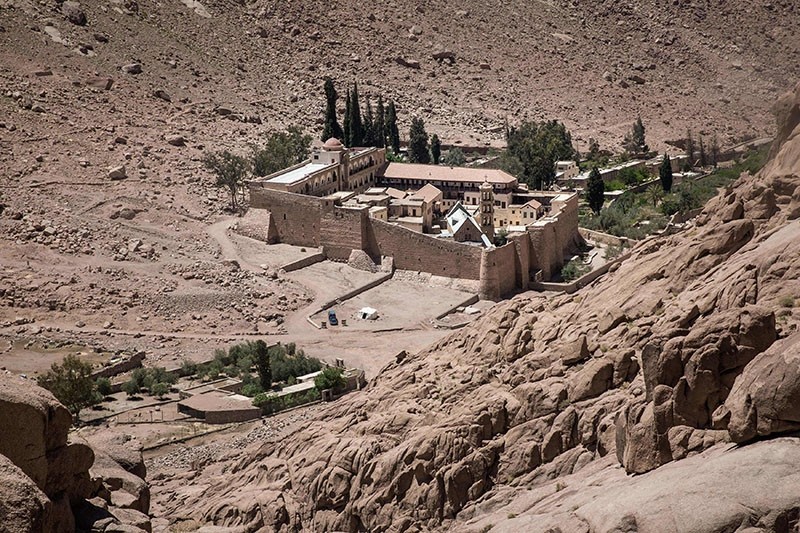 Daesh has claimed responsibility for an attack on an Egyptian police checkpoint near the famed Saint Catherine's Monastery in Sinai late Tuesday, which authorities said killed one policeman and wounded four.

The militants opened fire from an elevated hilltop overlooking the police checkpoint just outside the monastery, which is located in a remote mountainous desert area in the southern part of the Sinai Peninsula, according to a statement by the Interior Ministry. After an exchange of gunfire, the attackers fled the scene, the ministry said, adding that some of the gunmen were wounded in the shootout.

According to the SITE Intelligence Group, which tracks the online activity of militants, the Daesh-affiliated Amaq news agency announced that the group's militants carried out the attack near Saint Catherine. This is the first time Daesh has attacked a monastery. It comes shortly before a planned visit by the Vatican Pope Francis to Egypt next week.

Saint Catherine's monastery, a Christian site which lies some 500 kilometers (300 miles) southeast of Cairo in the south of the Sinai peninsula, attracts thousands of visitors a year.

The attack comes nine days after Palm Sunday services at Coptic Christian churches in the cities of Tanta and Alexandria were bombed by the Daesh terrorist group, killing 45 people.

Daesh has been waging a deadly insurgency in the Sinai Peninsula and has claimed scores of attacks on security forces there. But it has been unable to seize population centers, unlike its early gains in Iraq and Syria, and it has also lost top militants to Egyptian military strikes in recent months. Analysts say the latest bombings suggest the group is lashing out as it finds itself under increasing pressure in other countries.

Northern Sinai residents have been caught in a violent battle between militant groups who have expanded their activity in the peninsula since the removal of Egypt's first democratically elected president in 2013 and security forces waging war against them.

Daesh has vowed more attacks against Christians in Egypt, who make up 10 percent of the country's population of over 90 million people.

The Palm Sunday attack prompted President Abdel-Fattah el-Sissi to declare a three-month state of emergency and deploy armed forces to help police in guarding vital installations, including churches across the country.

A state of emergency already in place in northern Sinai has failed to halt near-daily attacks against police and security forces by Daesh in the volatile area. The terrorist group has stepped up its attacks lately, moving its activities from Sinai to other parts of Egypt, and is increasingly using sophisticated tactics that are likely to fuel sectarian tensions and embarrass el-Sisi.

Egypt is battling a militant insurgency in north Sinai that has killed hundreds of policemen and troops since the removal of Egypt's first democratically elected president in 2013. In October 2015, Daesh claimed the bombing of a Russian airliner carrying holidaymakers' home from the popular south Sinai resort of Sharm el-Sheikh, killing all 224 people on board.