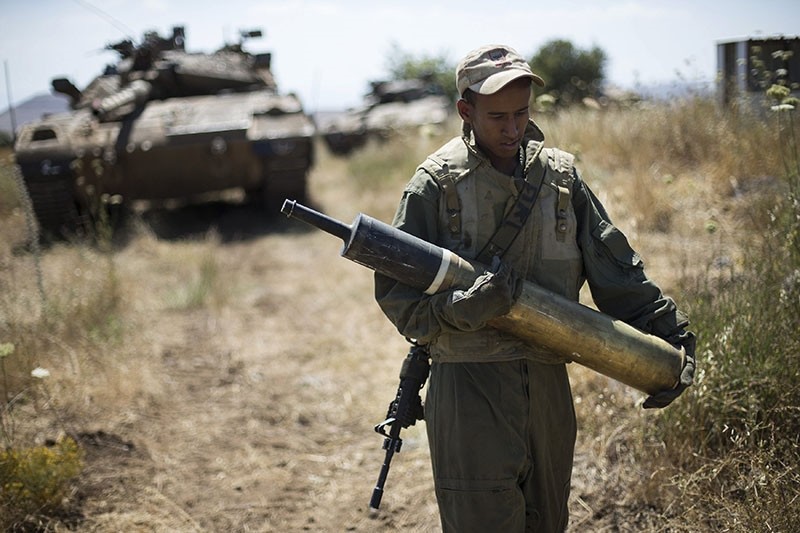 An Israeli soldier carries a tank shell near Alonei Habashan on the Israeli occupied Golan Heights, close to the ceasefire line between Israel and Syria June 22, 2014. (Reuters Photo)
by Daily Sabah with Wires Apr 25, 2017 12:00 am

According to the Times of Israel, Ya'alon said, "There was one case recently where Daesh opened fire and apologized."

Neither Ya'alon's office nor the IDF elaborated on the former defense minister's comments, but Time of Israel noted that communicating with terrorist groups is illegal according to Israeli law.

Ya'alon's statement referred to the clashes between the IDF and Daesh-affiliate Khalid ibn al-Walid Army in November, during which several Daesh militants were killed from airstrikes and tanks that followed the exchange of fire.

Although it has maintained an official policy of neutrality, since the outbreak of the Syrian crisis, some parties have accused Israel of supporting the Assad regime, opposition groups or Daesh through backchannels.