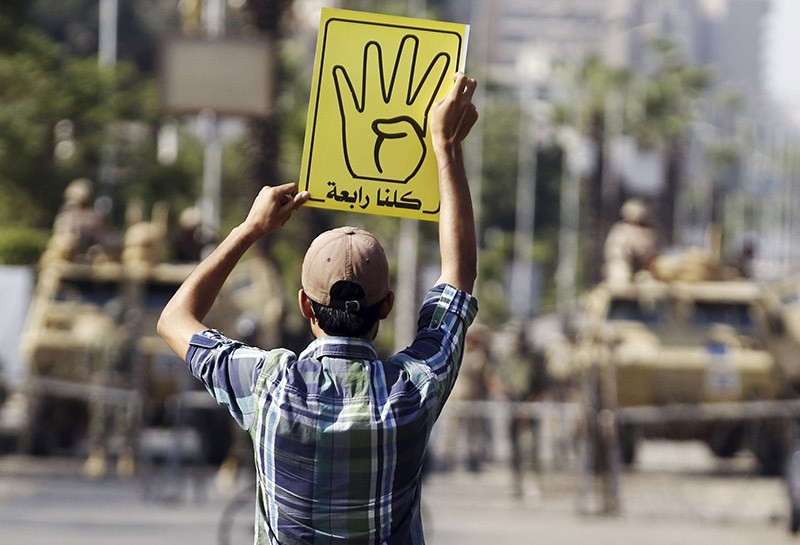 An Egyptian court on Monday sentenced the head of the Muslim Brotherhood and two other group leaders to 25 years behind bars for the roles they played organizing a major Cairo sit-in that was violently dispersed following Egypt's 2013 military coup, according to a local judicial source.

The court also gave 15 other defendants five years in jail each, while acquitting 21 others, the source told Anadolu Agency anonymously due to restrictions on speaking to media.

The defendants, including Muslim Brotherhood leader Mohamed al-Badie, were accused of forming what came to be known as the "Rabaa Operations Room" during a sit-in held in Cairo's Rabaa al-Adawiya Square to support former President Mohamed Morsi.

Morsi, Egypt's first freely-elected president and a Muslim Brotherhood leader, was ousted and imprisoned in a 2013 coup carried out by Egypt's military.

The defendants were accused of an array of charges, including attempts to "sow chaos" and attack state institutions and churches, and disseminating doctored images of people killed and wounded during the sit-in dispersal.

Hundreds of demonstrators were reportedly killed -- and thousands more injured -- when the Cairo sit-in was violently cleared by Egyptian security forces.

The sit-in dispersal was carried out only six weeks after Morsi was ousted -- after only one year in office -- in a military coup.

In the almost four years since, the Egyptian authorities have waged a relentless crackdown on Morsi's supporters and members of his now-outlawed Muslim Brotherhood group.