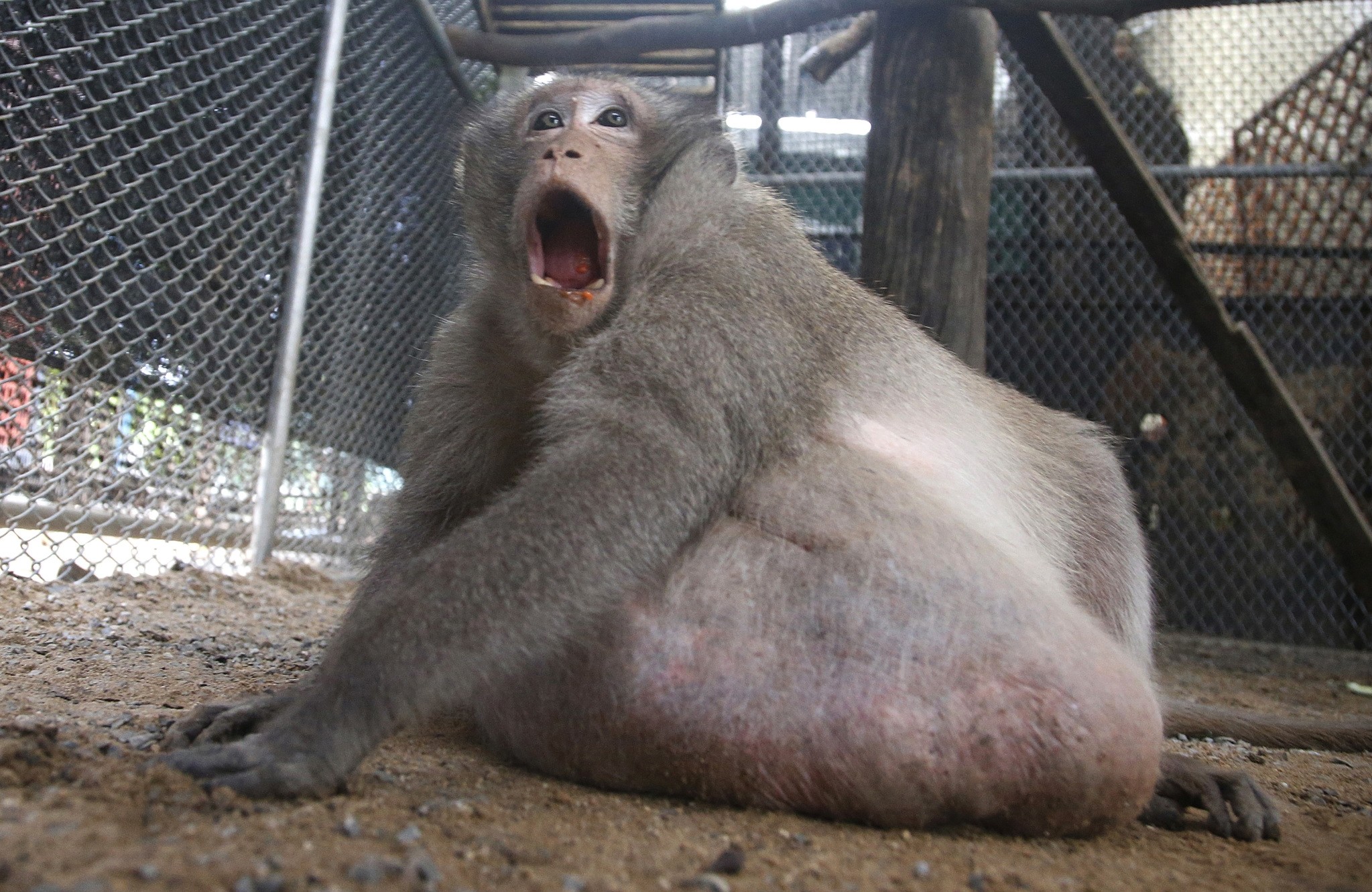 A morbidly obese wild monkey who gorged himself on junk food and soda left behind by tourists has been rescued and placed on a strict diet of lean protein, fruits and vegetables.

Wild monkeys roam free in many parts of Thailand, attracting tourists who feed and play with the animals. Most of the monkeys are macaques like Uncle Fat, and they typically weigh around 9 kilograms (20 pounds).

Uncle Fat weighs three times that, tipping the scales at around 26 kilograms (60 pounds).

"It was not easy to catch him," said Kacha Phukem, the wildlife official who conducted the capture and rescue on April 27. "He was the leader of his pack, and when I tried to go in, I had to fight off a flock of them with sticks."

"He had minions and other monkeys bringing food for him but he would also re-distribute it to younger monkeys," said Supakarn Kaewchot, a veterinarian in charge of the monkey's diet.

"After he ate food given by humans for a while, he developed a fat mass, which became a type of benign tumor," Supakarn said. "He is now in critical condition where there is a high risk of heart disease and diabetes."

Uncle Fat is believed to be between 10 and 15 years old. To help him lose weight, his new diet is limited to 400 grams worth of lean protein, fruits and vegetables twice a day. Supakarn said she hopes that within a few months they can consider releasing him to the wild.

She said Uncle Fat is an example of why people shouldn't feed wild monkeys unhealthy food.

"I understand that people feel sorry for the monkeys and want to feed them when they see them," Supakarn said. "But please don't feed them food that people like to eat like snacks and soda. It is very bad for their health and the problem is entirely man-made."