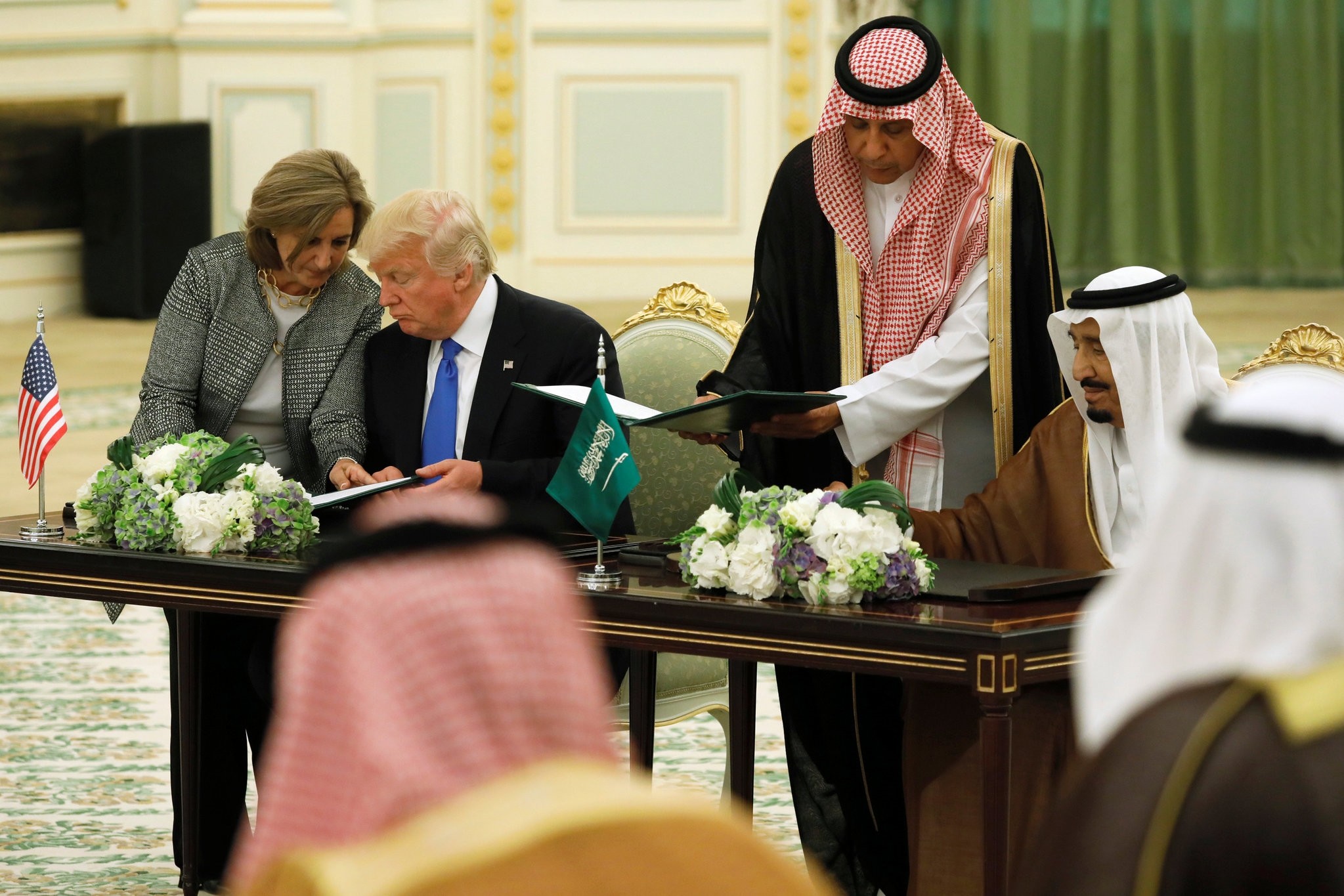 The U.S. and Saudi Arabia have agreed on an arms deal worth almost $110 billion "to support Saudi Arabia's defense needs," a White House statement said Saturday.

The White House described the deal, announced during an official visit by U.S. President Donald Trump, as "a significant expansion of the more than seven-decade-long security relationship between the United States and the Kingdom of Saudi Arabia".

The agreement, which includes a package of defense equipment and services, was signed in an aim to support "the long-term security of Saudi Arabia and the Gulf region in the face of malign Iranian influence and Iranian related threats".

The agreement also aims to bolster Saudi Arabia's ability to provide for its own security and to "reduce the burden on U.S. military force" by contributing to counterterrorism operations across the region, the statement said.

The agreement was also expected to provide new jobs in the U.S. and expand opportunities for American companies in the region.

The Saudi foreign minister said on Saturday that the agreements worth more than $380 billion have been signed between Riyadh and Washington on the first day of US President Donald Trump's visit.

"The two countries signed a series of agreements," Adel al-Jubeir told reporters at a joint press conference with US Secretary of State Rex Tillerson.