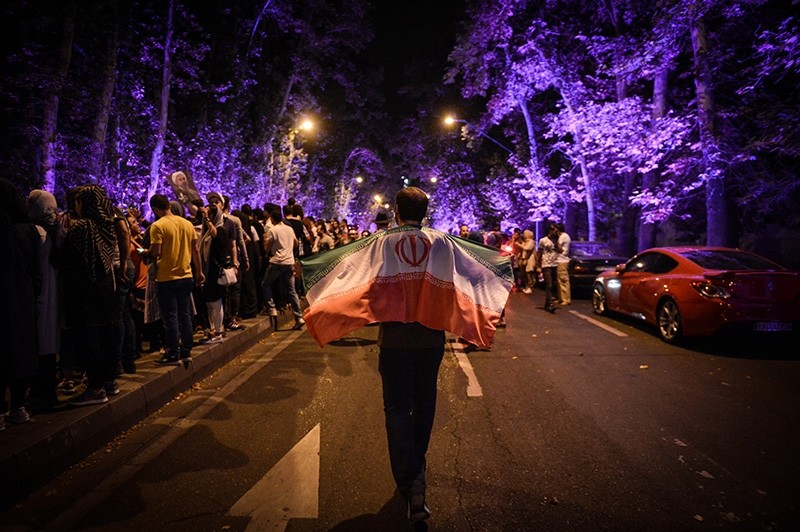 Iran's coalition of reformists and moderates has swept to power in major cities across the country, results showed Monday, redrawing the political map and amplifying the resounding re-election of President Hassan Rouhani.

The coalition now has control of the six largest Iranian cities, including capital Tehran, the Shiite holy city of Mashhad and tourist hotspot Isfahan -- and could capture more when final results are announced.

The reformist daily newspaper Shargh said reformists were also leading in other major Iranian cities like Kerman, Semnan, Shiraz, Tabriz and Zahedan. Each province's governor announces the final results of the municipal elections and tallying results from those votes always take more time than presidential polls.

The sweep means reformists can replace Tehran Mayor Mohammad Bagher Qalibaf, who had been a presidential candidate before withdrawing to support Raisi. Qalibaf and other Tehran officials had faced criticism in recent weeks over a massive January fire at a historic high-rise that caused the building to collapse, killing 26 people, including 16 firefighters.

In Tehran, the city budget reaches into the billions of dollars, making such municipal council seats very powerful. Meanwhile, others have used Tehran city positions as a means to enter national politics. Hardliner Mahmoud Ahmadinejad was Tehran's mayor just before becoming president in 2005.

Those upset over losing their Tehran council seats apparently convinced authorities to launch a recount. However, reports on Monday suggested the results would stand.

Almost all major cities were previously in the hands of conservatives, but Friday's vote showed that new tactics by the reformist camp were helping them beat the system's restrictions.

The intelligence services and conservative-dominated judiciary can effectively veto candidates, and have blocked hundreds of reformists over the years.

That left many voters unsure who to back in the past, so the reformist leadership started providing lists of their preferred candidates, sharing them via social media.

This tactic showed resounding success at parliamentary elections in 2016, when the reformist "list of hope" swept all 30 seats for Tehran.

They repeated the trick at the weekend, taking all 21 council seats in the capital and displacing the conservatives for the first time since 2003.

"This trend for lists has just now reached other cities," said Ali Tajerinia, a former reformist lawmaker in Mashhad.

"In 2013, we won the presidential election but not the city councils. This year, we were successful in both," he told the Aftabe Yazd reformist newspaper.

Reformists joined forces with the more centrist faction after their movement was decimated by a brutal crackdown against anti-regime protests in 2009.

Two of its key leaders remain under house arrest, while the godfather of the movement, former president Mohammad Khatami, is banned from appearing in the media.

But Khatami's influence remains strong, and he has thrown his support behind moderate cleric Rouhani, helping him win a resounding re-election victory over hardliner Ebrahim Raisi.

Rouhani, whose administration struck the 2015 landmark nuclear deal with world powers, decisively won a second term in Friday's election. His success at the polls likely carried reformist candidates to victory in other municipal elections as well.

'Must protect this trust'

The moderate-reformist coalition has also taken power in symbolic cities such as Yazd and the port town of Bandar Abbas.

"The people have voted and put their trust in the reformists after many years," said Zahra Nejadbahram, one of six women elected to the Tehran city council.

"We must protect this trust in any way possible," she told the Shargh daily.

Among the newly elected officials gaining attention was a 42-year-old street sweeper who joins the Rasht city council on the Caspian coast.

In Khoramabad, a city of 500,000 near the Iraqi border, a 60-year-old bird seller took first place after a simple campaign that involved walking the streets from dawn to dusk introducing himself to people.

Iran's presidential and council elections were held alongside each other on Friday.

While their powers are limited to local affairs, the councils represent direct control of governance by Iran's 80 million people. They look after day-to-day affairs such as public transport, infrastructure and cultural centers.

Municipal councils govern across Iran's major cities down to its smallest villages, with members serving four-year terms. They choose mayors and decide on budgets and development projects, as well as oversee local cultural and religious activities.

While leaving day-to-day operations to mayors, the councils play an important role in local oversight of municipal activities. In Friday's election, over 265,400 candidates competed for some 127,600 municipal seats.

Municipal councils have been in Iran's constitution since after the 1979 Islamic Revolution. However, councils weren't implemented until reformist President Mohammad Khatami took power in the 1990s, following a series of riots across small towns and cities in Iran over local control.

The councils have opened up Iran's political system in the time since. While authorities have blocked women from running for president, female councilors are common on municipal councils.

Women have boosted their presence on councils in many parts of the country, doubling their number in the capital.

In the traditional Sunni-majority province of Sistan-Baluchistan, the total number of female city and village councilors increased from 185 to 415, according to the ISNA news agency.

"The local council elections symbolized a greater shift towards the belief that ultimate power is derived from the people, and not from divine authority," an academic paper on Iranian municipal councils from 2003 reads. "This very notion undermines the claims and diminishes the power of some conservative elements in the regime."
Last Update: May 22, 2017 3:15 pm
RELATED TOPICS