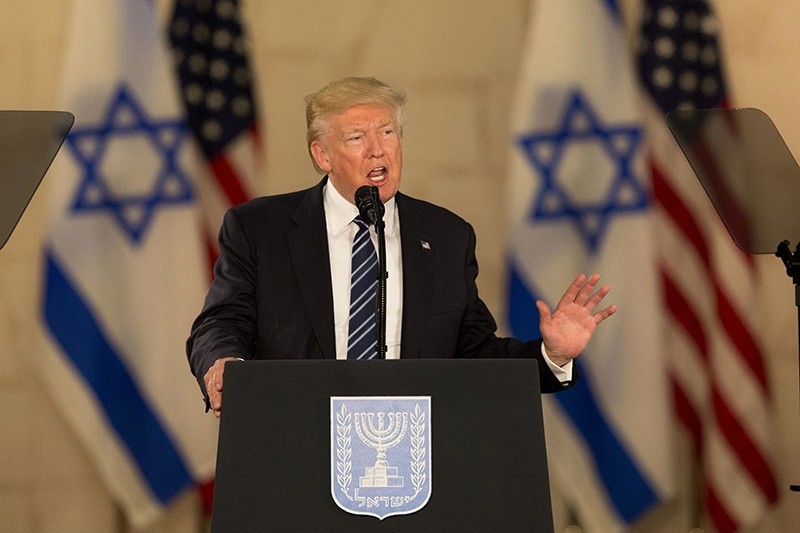 U.S. President Donald Trump assured Israel on Tuesday that his administration will not have Iran have nuclear weapons.

"Iran's leaders routinely call for Israel's destruction. Not with Donald J Trump," he said during Tuesday's speech in Israel Museum, eliciting a standing ovation. He also promised that Iran would never be allowed to possess nuclear weapons.

Trump pledged that his administration would "always stand" with Israel, in a speech marking a friendlier change in tone from that of the previous White House.

"The ties of the Jewish people to the Holy Land are ancient and eternal," said Trump, adding that he had been in awe of all the different pilgrims in Jerusalem practicing their own religions.

While Trump called on Israel to join a coalition of partners dedicated to fighting "common enemies," the speech at the Israel Museum lacked specifics on how to achieve peace in the Middle East.