US Air Force triples number of airstrikes in Afghanistan 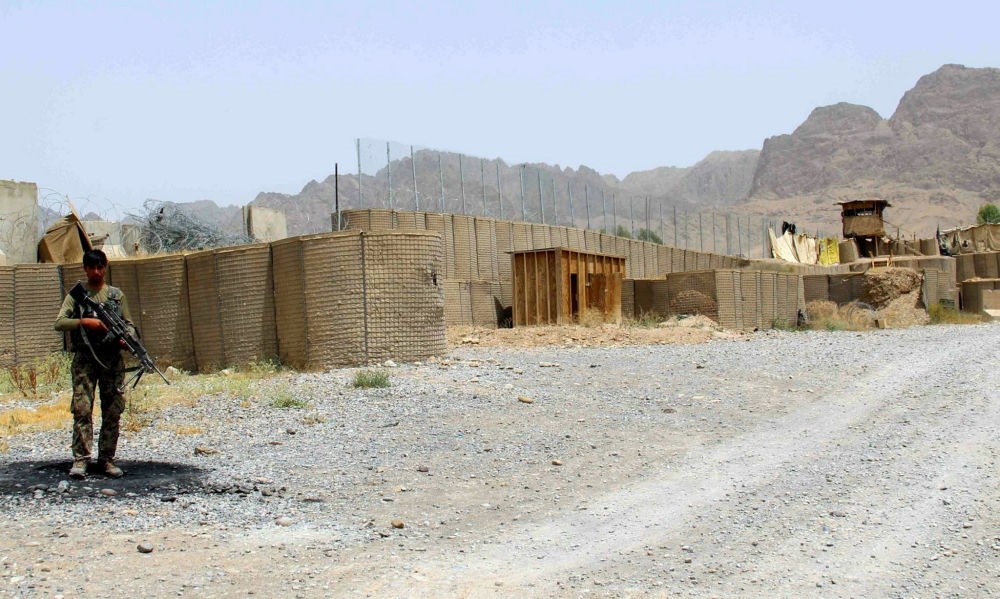 Afghan army soldier secures a military base after an attack by Taliban militants in the Arghandab district of Kandahar, southern Afghanistan, May 23.
by Compiled from Wire Services
May 30, 2017 12:00 am

As part of a new U.S. strategy to combat a resurgent Taliban and Daesh in Afghanistan, the United States has tripled its airstrikes since last year

The U.S. air force has tripled the number of airstrikes conducted in Afghanistan against Taliban and Daesh terrorists since last year, a U.S. forces spokesman told DPA news agency.

Just under 900 airstrikes were carried out between January and the end of April, compared to less than 300 in the same period of 2016, said Bill Salvin, a spokesman for the U.S. forces and the NATO Resolute Support mission.

The number of civilian casualties from airstrikes conducted by U.S. and Afghan forces also rose in 2017, in what the United Nations Assistance Mission in Afghanistan (UNAMA) called a "disturbing increase."

Seventy-two civilians were killed and 76 others were injured in the first quarter of 2017, compared to only eight dead and 21 injured during the same period last year. During the whole of 2016, the number of civilian casualties by airstrikes had already increased by 99 per cent compared to 2015, with 250 civilians dead and 340 injured, according to the U.N.

"These additional ADF [Australian Defense Force] members will allow Australia to commit additional advisors to further develop the long term capabilities of the Afghan security forces, as part of our current train, advise and assist mission," she told a senate committee hearing in Canberra.

The move follows an apparent request last week from NATO, as well as U.S. President Donald Trump, for Australia to commit more troops to Afghanistan in a possible allied surge to combat a resurgent Taliban, first reported by The Australian newspaper.

Since February, government forces in Afghanistan have been waging an intensive operation against the militants in Nangarhar, where Achin is located. Just last week, a U.S. Special Forces member was killed in Nangarhar fighting Daesh.

The U.S. general commanding NATO forces in Afghanistan warned early February that he needs thousands more troops and accused Russia of seeking to prop up the Taliban. U.S. General John Nicholson stated in February that Russia is instead giving the Taliban encouragement and diplomatic cover in order to undermine American influence and to defeat NATO. The general told the senators that Russia was trying to "legitimize" the Taliban by promoting a "false narrative" that the rebels are fighting Daesh.

Afghan government police and armed forces now take the lead in the battle against the Taliban, which was forced from power in Kabul after the 2001 U.S.-led invasion. U.S. battlefield deaths are relatively rare since the transfer of primary responsibility to Afghan forces.

Last year was also particularly deadly for Afghan civilians. A U.N. report found that 11,500 were killed or injured in 2016, the most since it began keeping records in 2009.