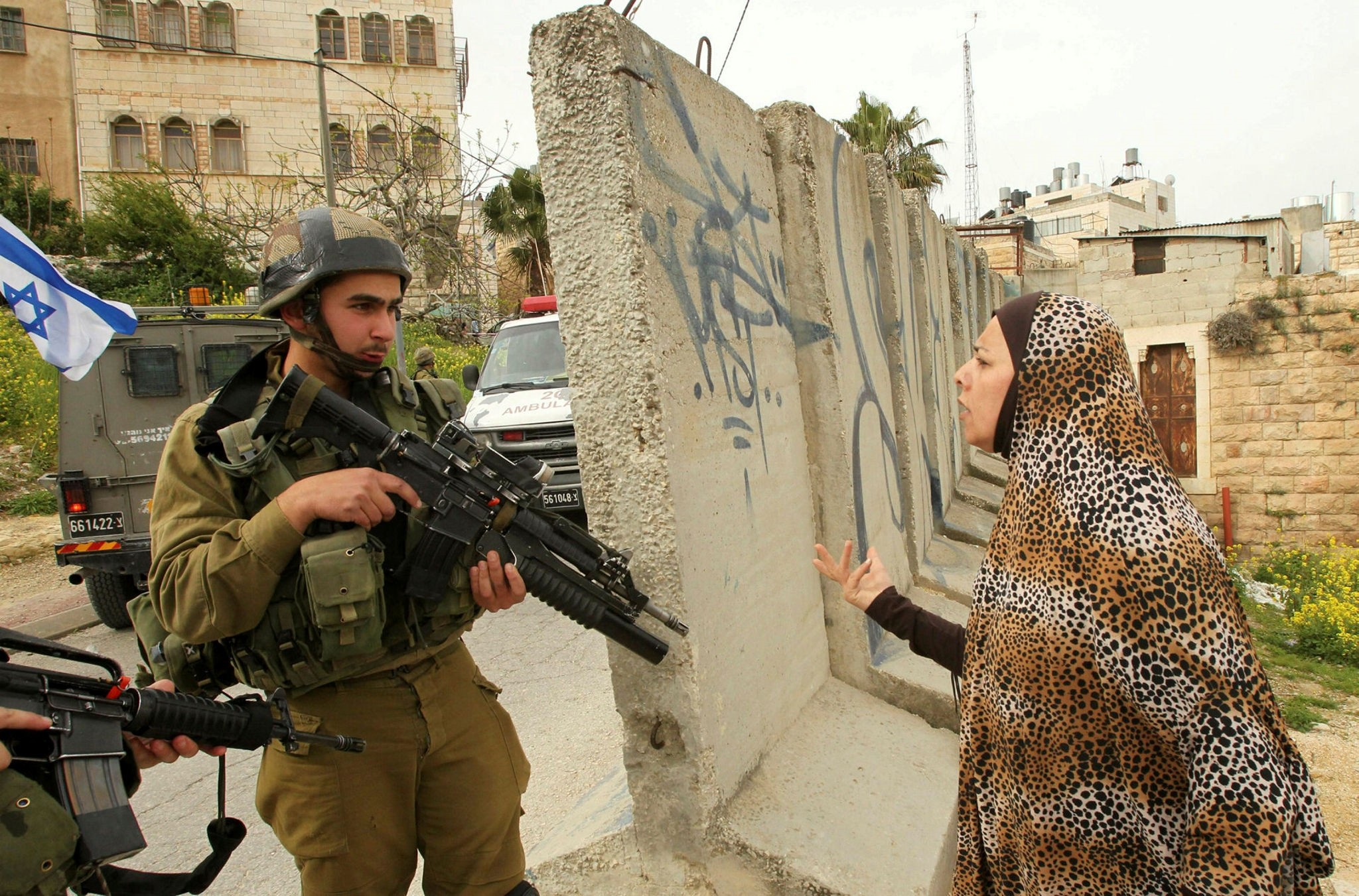 A Palestinian woman speaks with an Israeli soldier at the entrance of the heavily guarded Jewish settler enclave in the city center of the West Bank on March 24.
by Compiled from Wire Services Jun 02, 2017 12:00 am

Fifty years after Israel occupied the Palestinian territories, its policies in the West Bank and Gaza are at the root of Palestinian hardship, according to the United Nations

The 50-year Israeli occupation is the main cause of humanitarian needs in the occupied Palestinian territory, a U.N. report said on Wednesday. Ahead of June 5, the 50 years of Israeli occupation of the West Bank, and East Jerusalem, the U.N. Office for the Coordination of Humanitarian Affairs (OCHA) 2016 Annual Report for the occupied territories released on Wednesday.

"At its heart, the crisis is one of a lack of protection for Palestinian civilians - from violence, from displacement, from restrictions on access to services and livelihoods, and from other rights violations."

Israel occupied the West Bank and the Gaza Strip during the 1967 Six-Day War. Repeated efforts to negotiate a solution to the conflict and establish an independent Palestinian state alongside Israel have stalled.

The report shows that Palestinian fatalities from conflict-related violence in the occupied Palestinian territory and Israel declined by 37 percent in 2016 compared with 2015 and the decline in Israeli fatalities was 48 percent.

The report underscored that the forced displacement of Palestinians continued.

"While there was no new displacement in the Gaza Strip, as the August 2014 cease-fire continued to largely hold, more than 9,000 families [47,200 people] remained displaced at the end of 2016," the report said.

"In the West Bank, more Palestinians were displaced in 2016 [1,601, including 759 children] due to demolitions of their homes by the Israeli authorities than in any year since OCHA began recording the phenomenon in 2009. The vast majority of the 1,094 affected structures were targeted on grounds that they lacked a building permit, which is nearly impossible to obtain from the Israeli authorities," the report stated.

Noting that restrictions on Palestinian movement and access to basic services and humanitarian assistance also continued, the report said: "The isolation of Gaza was exacerbated by Egypt's continued closure of the Rafah crossing, which was opened only for 44 days in 2016, up from 32 in 2015."

"In the West Bank, as of December 2016, OCHA had recorded 572 movement obstacles overall, and an additional 110 obstacles deployed within the Israeli-controlled area of Hebron city. In 2016, humanitarian organizations continued to face a range of obstacles to their ability to deliver aid."

Since Trump took office in January, Israel has announced plans to build over 6,000 settler homes in the West Bank and east Jerusalem, occupied territories claimed by the Palestinians. The former Obama administration was deeply opposed to Israel's expansion of the settlements and in December withheld its veto from a U.N. Security Council resolution condemning the policy. The international community regards all Israeli settlements in the occupied Palestinian territories as illegal and a major obstacle to Middle East peace. The area, captured by Israel in 1967, is not sovereign Israeli territory and Palestinians there are not Israeli citizens and do not have the right to vote. Compiled from wires