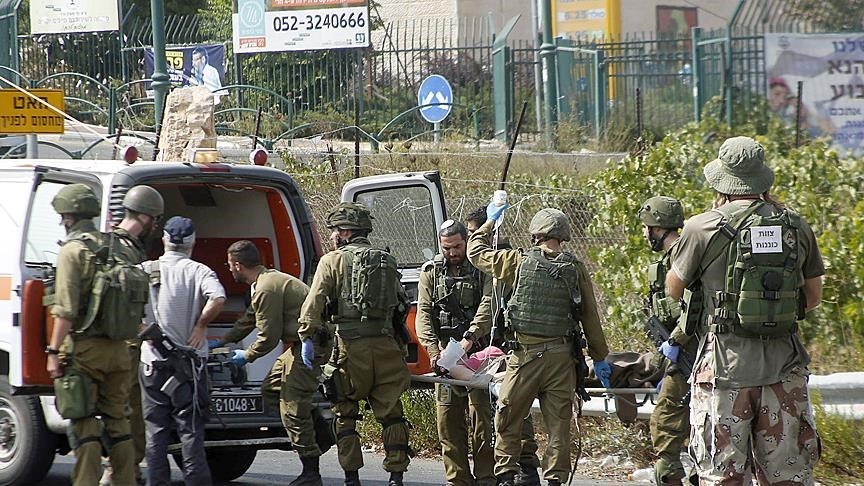 A Palestinian girl Thursday was shot and injured -- and subsequently arrested -- by Israeli troops in the illegally occupied West Bank after carrying out a knife attack, the Israeli army claimed in a statement.

According to the army, the girl, whose name was not disclosed, had attempted to a stab a soldier near the Jewish-only Mevo Dotan settlement in the northern West Bank.

Israeli troops in the area responded by shooting and injuring her, the statement added, going on to note that she was currently receiving treatment for gunshot wounds.

The army statement did not specify the severity of her injuries.

The injured girl's father, Okab Infeat said that his daughter Nouf had gone to school Thursday to pick up her eighth-grade report card and didn't return home.

Infeat said he was questioned by Israeli security forces for four hours about the girl and her family life. Infeat said his daughter did not suffer from social or psychological problems.

The Israeli military said the soldier was moderately wounded. In its initial statement, it referred to the injured teenager as a woman, not a girl.

The army said the soldier and the girl were taken by ambulance to an Israeli hospital.

Since violence escalated in 2015, Palestinians have killed 42 Israelis, two visiting Americans and a British student in attacks. During that time, some 246 Palestinians died by Israeli fire; Israel has alleged that most of them were "attackers."

Israel blames the violence on "incitement by Palestinian leaders." Palestinians say the attacks stem from frustration from decades of illegal Israeli occupation of Palestinian territory.